Yes, winter is definitely coming... At least there was the first "snow" today.

The last week was full of different activities as there are autumn holidays in Tampere and Valérie went to Switzerland on Tuesday. It is actually not that bad to be home alone ;)

On Wednesday I joined family Haanpää for a long run in a national park (Seitseminen kansallispuisto), which was great! After two hours running on small paths through marshes and beautiful forest, we enjoyed Finnish makkara (sausage), pulla (cinnamon rolls) and Marshmallows. 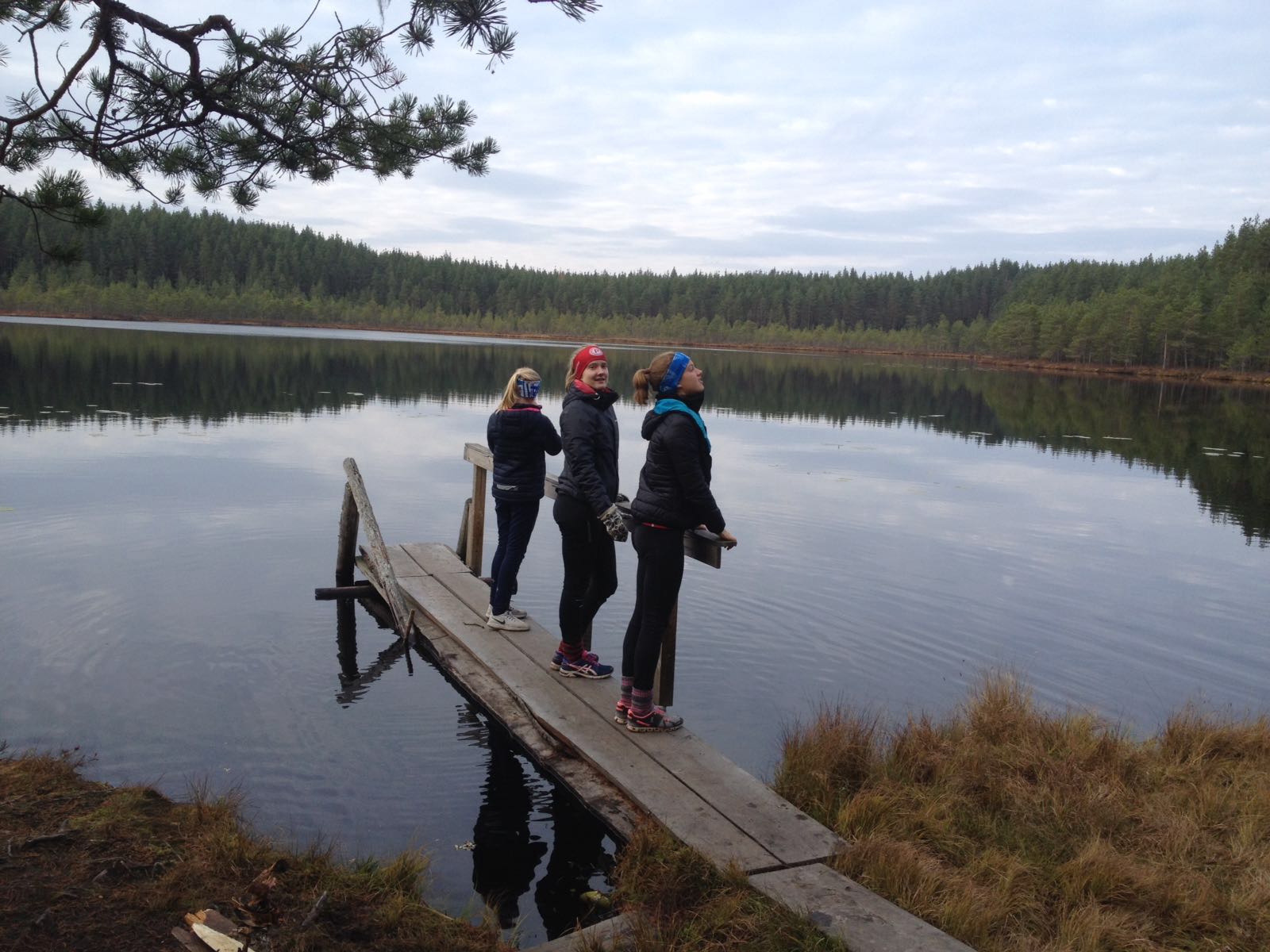 After a normal day with language courses on Thursday, I had once again the possibility to go to Koivuniemi (summer cottage) with family Haanpää. Some garden-work in the morning and then in the afternoon a training with Anni straight through the forest. Actually our plan was to stay in the forest for the whole training and as there are no paths it's really nice. BUT: NEVER go to a Finnish forest without your compass. In my opinion it is not possible to find the way you planned without that. ...even if your company knows the area very well ;) And latest when your company tells you: "I have never been here before!", go back the way you came or continue and try to find out of the forest somewhere! We chose the second possibility and continued until we arrived at a tower in the middle of the forest. From there we took the only path and found ourselfs on a road after some minutes. The only question: Which is the right direction? After starting running the wrong way around we changed direction and run back on the road... At least I will never forget that training and the most important thing is still that we had a lot of fun out there ;)

So it was already Saturday after that and I joined again the Haanpää-family to go to Iltarastit in Pinsiö, where the extra-long last week was. There was a massstart, which made the whole competition more interesting. I could keep up with the first ones until the "Salmiakki" (Phi-loop), there our courses split up and I had to continue into the opposite direction. Even though I made a little mistake on the first loop, I was able to catch up again with the others and even managed to take the lead at the 3rd last control. It was a very nice competition and this time I didn't have any big problems in the difficult part.

And now let's start the last week here in Finland before I'll go back home for some weeks. I am sure that there will be many good days next week :)