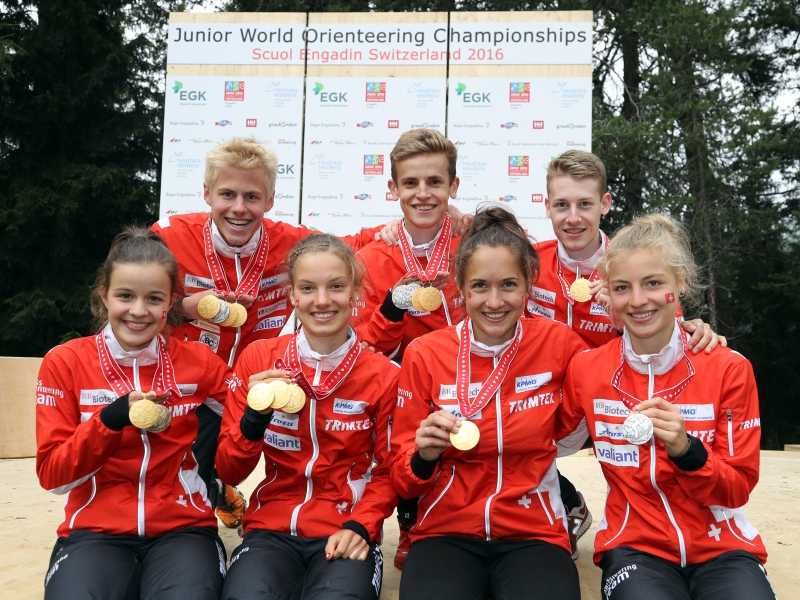 Wow.... An incredible week with a lot of emotional moments, ups and downs, comes to an end. It is still impossible for me to believe what happened during the last week. I have only been dreaming from such a successful home-JWOC. But let's start at the beginning...

It was Wednesday when I took the train to Bern, where one part of the Suisse-Team was waiting for me. From there we drove about four hours to Celerina (St.Moritz), where we were staying until Friday in a small but cool hotel. However, we did a couple of trainings to get into the way of running in the mountains and Engadin in general.

On Friday we went to Scuol where the JWOC 2016 was located and on Saturday we attended the opening ceremony in the finish area of the sprint on the following day.

After last years success I set myself a lot of pressure and there was also a lot of pressure coming from outside. I really wanted to achieve the results form last year even if I knew that it was going to be really difficult. But the preparation and the shape were good, so there was just my own performance on that specific day left. The race started very good and I found kind of a flow. My tactic was on the one hand to push hard in the slopes but also to take the time I needed to plan my routes. The good combination of both ended in the successful defence of my first place last year. Even if it was very hard physically I really enjoyed navigating through those narrow streets and around old engadine houses. A real swiss-day with also gold for Joey and silver for Thomas as well as some diplomas. 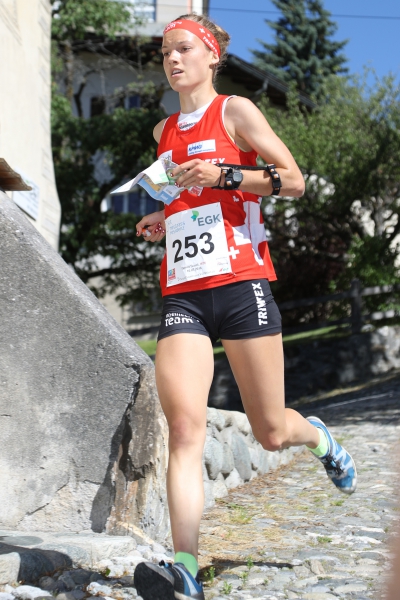 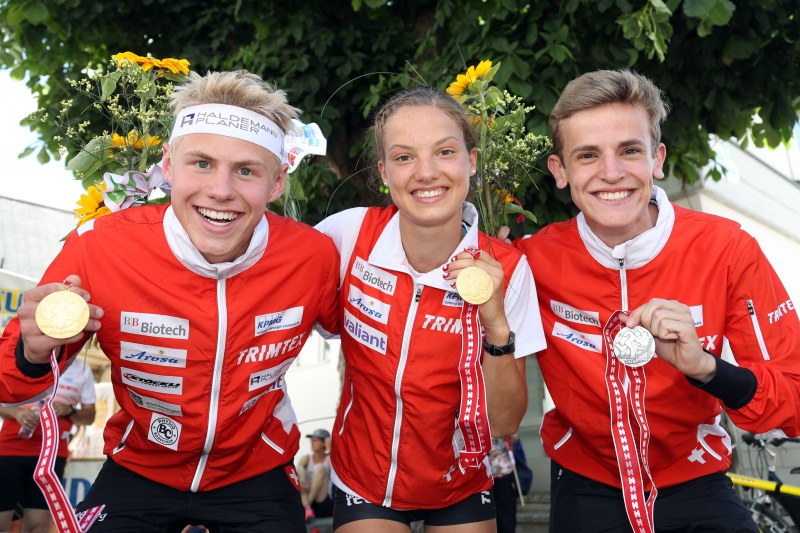 However, having done the sprint meant already to focus on the long on Pass dal Fuorn. After a more or less good start, I took the lead at the 7th control and lost it soon after passing that control. The reason was that I just didn't see the 8th control and run directly to the 9th. It was a long uphill running and when I was in front of control 9, I realized that I didn't punch the 8th control. As in a nightmare, I run back down as fast as I could. The loss of time there was about 8.45minutes. The rest of the course was good again and so I was even more unhappy because I would have had a good race at JWOC for once also in the forest. I think I will never forget that long distance race, but that is also the reason why I started like in a rage for both middle distance qualification and final. Nevertheless, it was again a good day for Switzerland. Gold for Joey and silver for Thomas again, as well as silver for Valerie and bronze for Sofie! 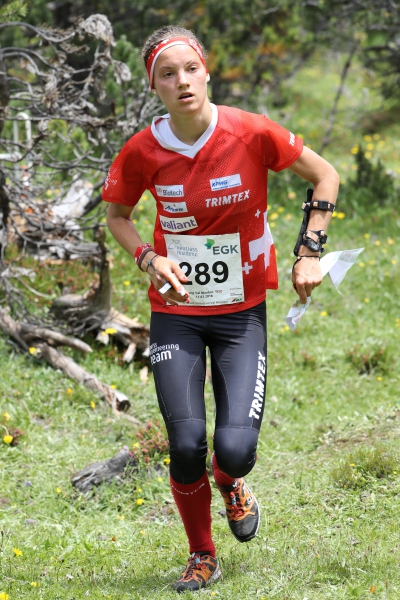 After a good middle qualification I was looking forward to the final!

The middle was the last chance for me show myself that I can run a good race in forest at JWOC as well. After the warm-up map I had my doubts that it was going to be the most beautiful terrain in Switzerland I have ever been to. But soon after the start my wishes came true. The terrain was looking like scandinavian and the map as well. I really was having fun out there from the first to the last control! It was actually the most beautiful terrain in Switzerland. Even if the course was quite difficult and the runnability very good, I managed to take my time to read the map carefully. The race was in the end exactly what I had been hoping for. No bigger mistakes and a good speed. The result --> another gold medal this week, and with that another dream coming true. But as we say, celebrating is cooler when you can do it with friends, so there was gold for Thomas and silver for Joey... 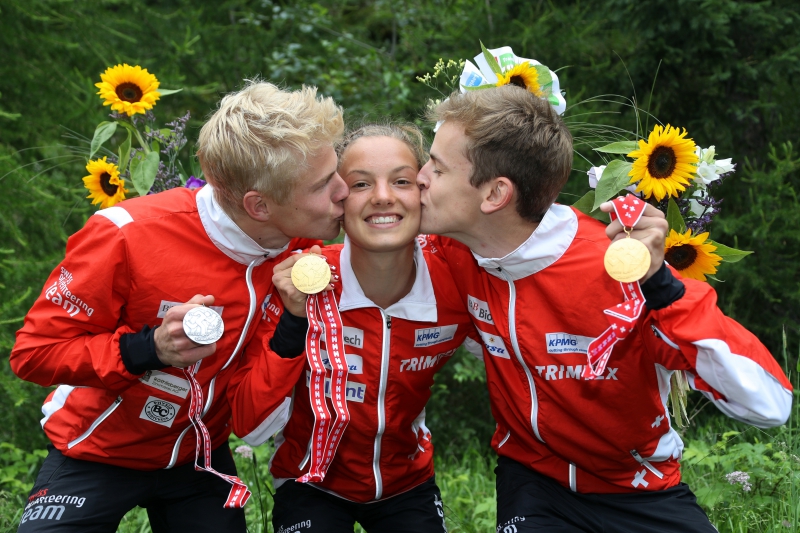 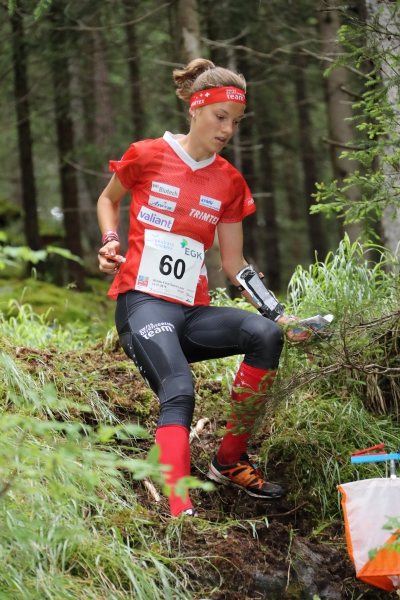 And there was already the last day at JWOC 2016. The relay was waiting for us and we had again good teams. Paula run very well on the first leg, and Sofie took over the lead on the second leg. Then she changed over to me with about 1.30min in the lead. I again took my time and didn't risk anything. With a clean race I even managed to increase the lead and when I passed at the spectator control I heard that the lead was about 4.30min. That was enough to take it a bit more easy on the last loop and really take the security route choices. And that ended in winning the relay at JWOC 2016! What an end for an incredible week! And even better, also the M20 took the gold medal! 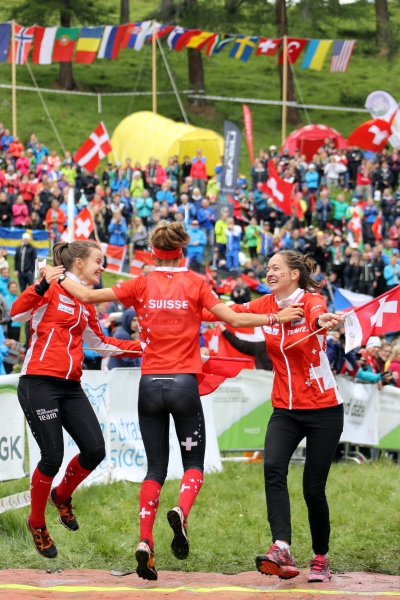 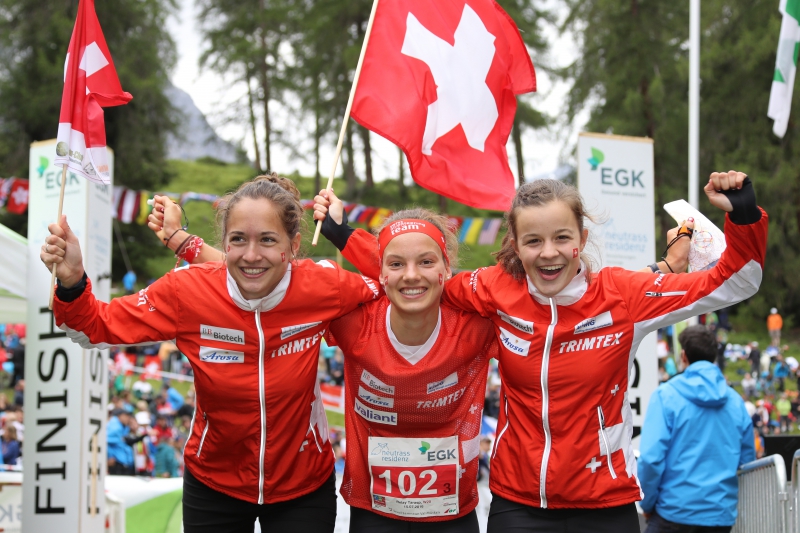 So there are 12 medals for Switzerland in the end, therefrom 7 gold. What a week for us. It is incredible. Thanks so much to everyone who made this amazing week possible. The organizers, the spectators, the coaches, the pasta-cook ;), the whole team, my family and a lot more. Thank you so much, I will never forget that very well organized JWOC on home ground!!!