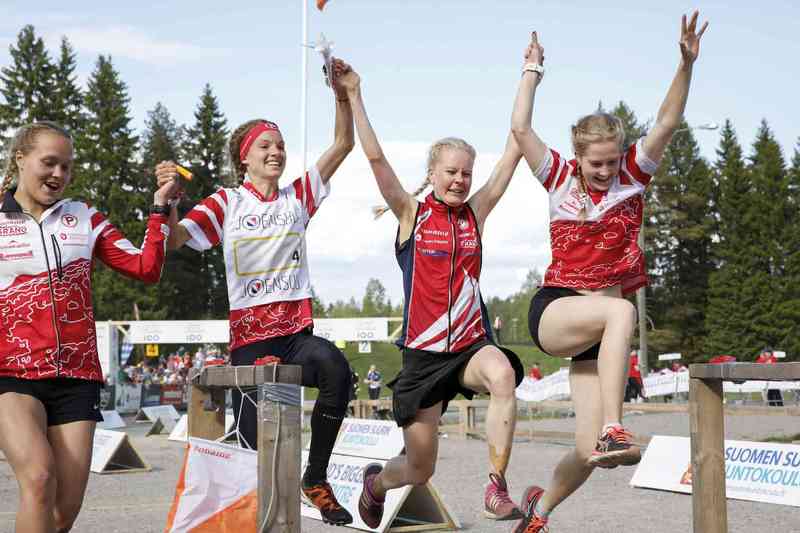 Ouhhh well... It's already summer here in Finland and Valerie and I are enjoying the last days here... At the moment I would just want to stay here for a couple of weeks more. At least when I am looking at the forecast of Switzerland. 33 degrees are definitely too much for me! On the other hand you can definitely jump into lakes without getting cold afterwards ;) But back to Finland:

After my terrible performance in Grano Games last weekend, my motivation was on a very high level for the trainingweek with Joey Hadorn, his father and Andrin Gründler. Already the first training went very well and I got the great feeling of orienteering back. After four more trainings I felt totally ready for the upcoming Venlojen Viesti in Joensuu. I think I just needed my time to get used to the sun which is shining to my head at 3 o'clock in the morning ;) 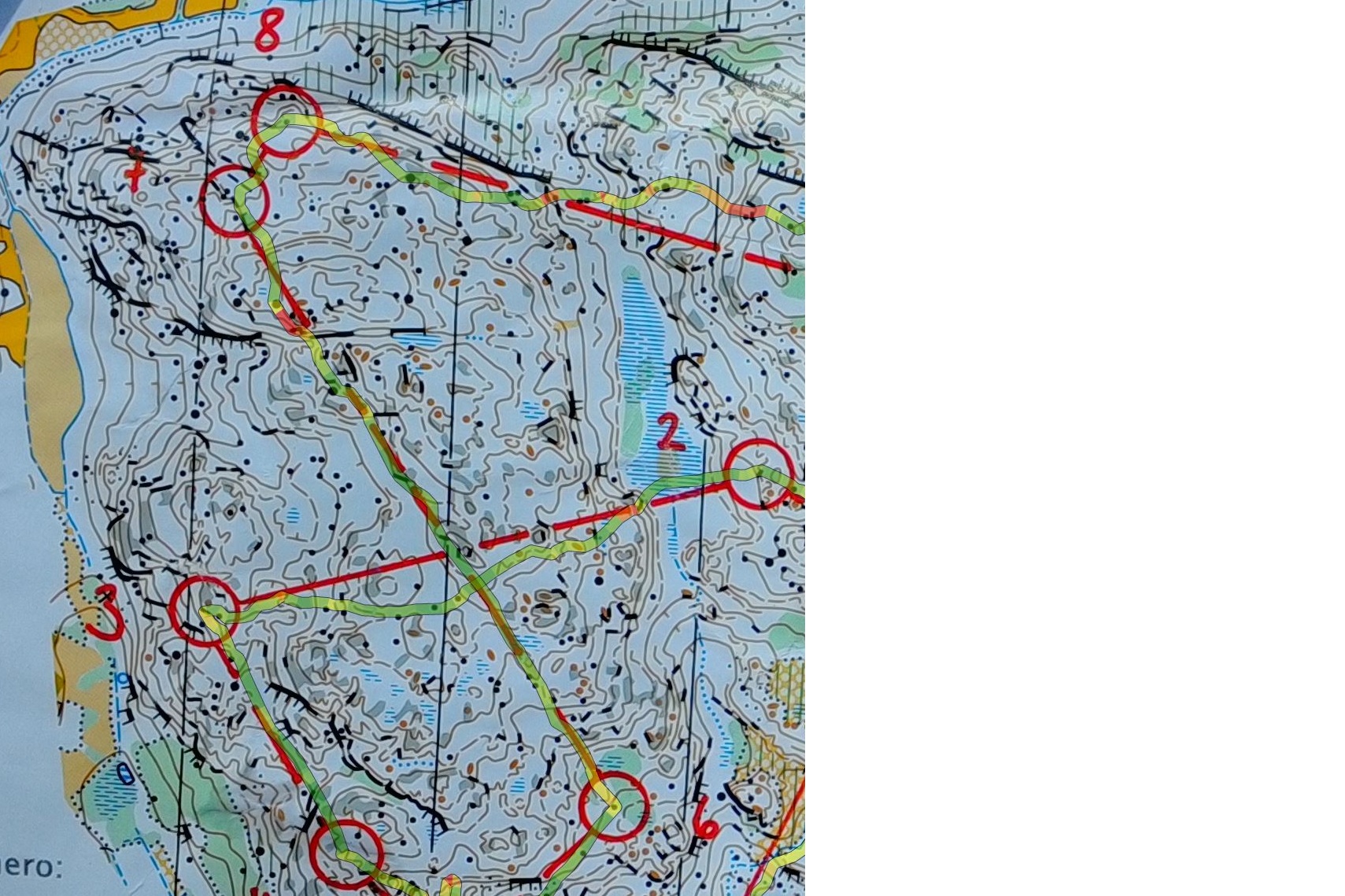 The "who-arrives-first-in-Joensuu"-competition against Joey and his company, who went back to Helsinki to take the plane, was won by them, but also we arrived after nearly six hours driving at our accommodation. The training on model map on Friday gave a nice impression of the competition terrain and some selfconfidence more. Therefore I felt more or less ready for the big Venlojen Viesti! 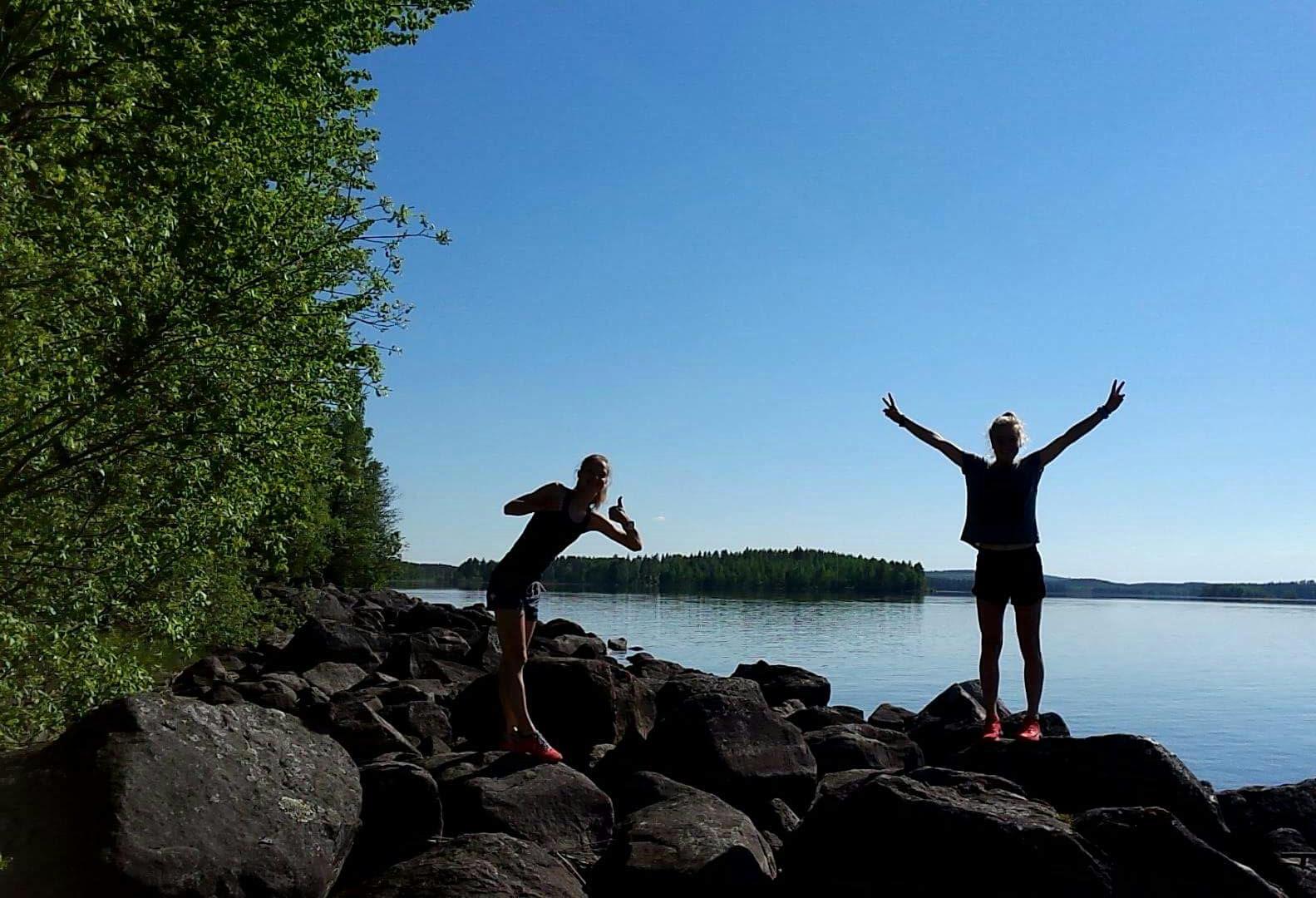 On the way to Joensuu, first stop just after Jyväskylä; Photo by Maëlle Beauvir

A sunny day with a big surprise was waiting :) I was running the last leg in Tampereen Pyrintös second team with Lotta Eerola, Anni Haanpää and Sonja Kyrölä. Already Lotta on the first leg did a great job despite a bigger mistake in the middle of the course and she changed over in 49th position, six minutes after Galina Vinogradova in first position. Just after her Anni did another great job and took our team to 9th position. Sonja on 3rd leg ran up to the 4rth place with only 5min behind the current winning team Alfta Ösa OK. On the one hand that was just great, on the other hand I was almost dying in the finish arena. Never was I only thinking about this situation, maybe my own mistake and I will prepare better next time ;) I was not ready for this situation at all and needed a bit of time to realize and to calm down. In addition they called me to the GPS tent to get a GPS unit as I was heading out in a that good position. Luckily I had a couple of minutes to the start. It was a completely new situation to compete between the worlds best athletes on the last leg and I could see everyone doing their warm up. So my only goal was to try to keep the 4th place or at least not loosing too many. But as soon as I got the map from Sonja the nervousness had vanished and I was totally focused on my race. The safety routechoices helped a lot to avoid mistakes and it almost worked perfectly. At the 10th control where I considered some cliffs as a path and only recognized it after the path wasn't there after some time, one bad routechoice on the same leg where I took the path where I should have run straight and then in the end where I didn't see one control behind a rock, were the only mistakes. I felt really well during the whole race and had a lot of fun out there. But still I would have never thought that I were able to keep the 4th place until the finish. It was such a great feeling to see my team mates waiting there for me and an even better feeling to run to the finish line together. Being the best Finnish team with an average age of 20.25 years is just incredible and I hope that there are many many years coming where we can compete together again. 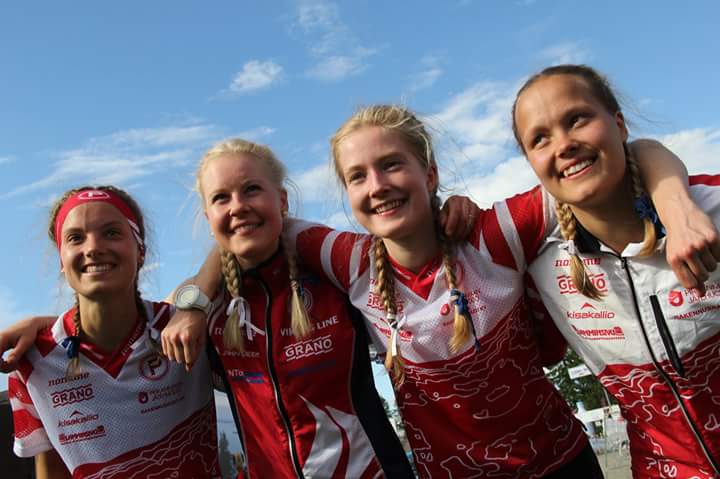 
And now I am already back home and looking back at an amazing time in Finland. Even though not everything went like I had wished for, in the end there are so many experiences I made and I am more than happy with it. At this point I would like to thank once again everyone who was part of this amazing year! First of all family Haanpää: they got like a second family to me, they were always there, whatever I wanted, and I appreciate their big effort! Jouko Urvikko, who organized everything with the apartment and without whom we would have never found such a great place to stay! Tampereen Pyrintö and all the coaches made it possible to train perfectly, their support throughout the year was great and I really love being part of this totally awesome team!! And all the others who were part of that time! Thank you so much for all your effort so that this year will stay in my mind forever! 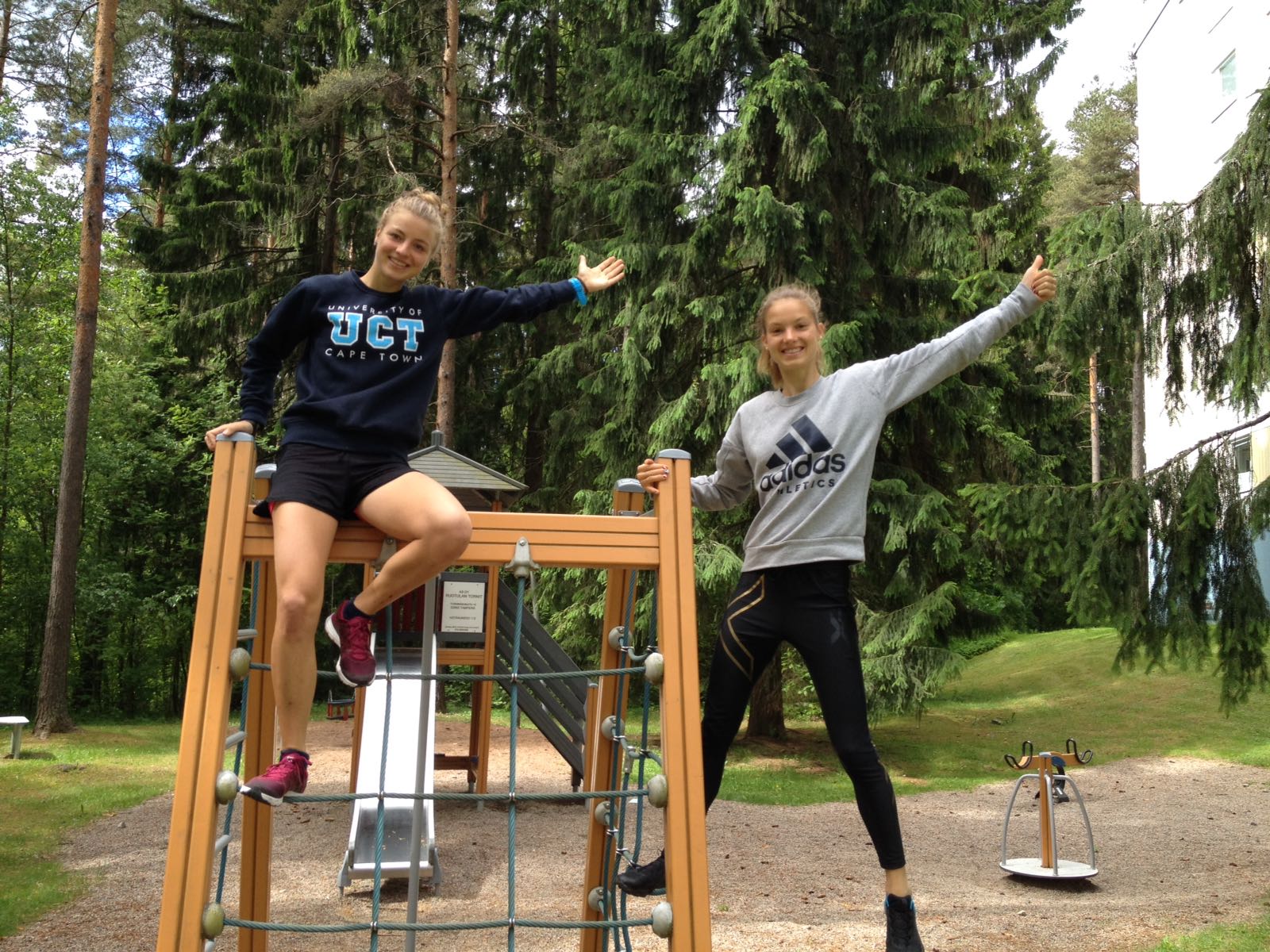 Just in front of our apartment in Tornimäenkatu; Photo by Tuomo Haanpää