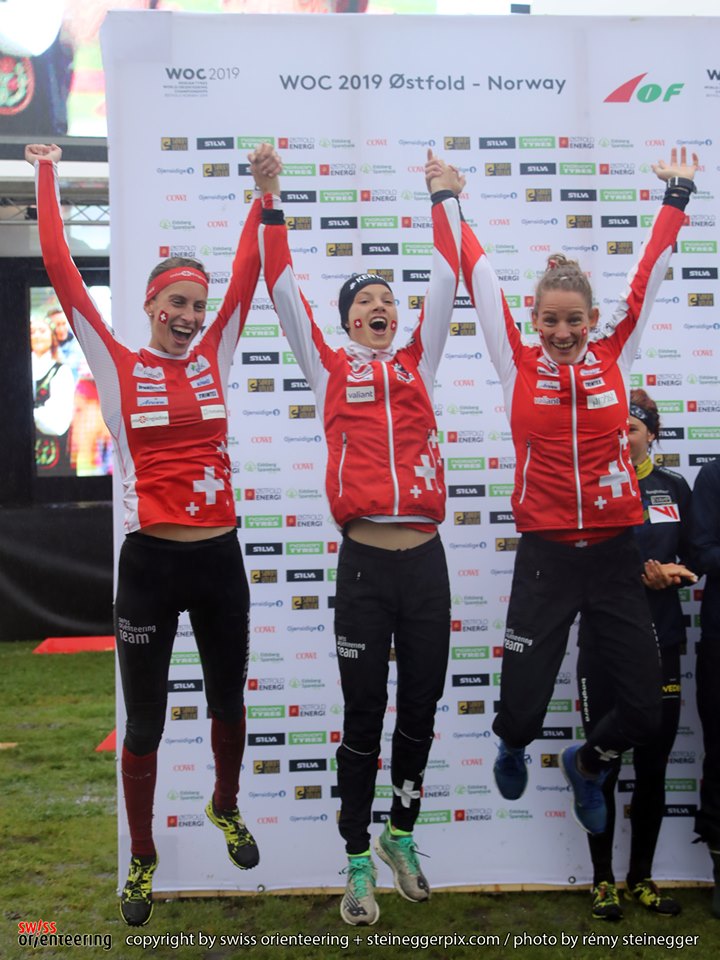 My first World Championships belong to the past and I still look back at it a bit speechless. 3 medals in 3 races, a bronze medal in long distance and two silver medals in middle distance and relay. Just great and more that I’ve ever dared dreaming of.

I remember last winter very well, when I was still dreaming of a place at WOC. With the new style of only forest disciplines, the teams are smaller because more athletes are running the full program. That I would be one of those athletes, I didn’t even think about that.

And now, I even own three medals from this championship. A result, I didn’t think of before either. I mean, I didn’t dare thinking about medals and now there are three of them!

The preparations went well with some weeks in Scandinavia after the selection races in the beginning of July. Unfortunately, I got a bit sick there and had to recover first. But after that I was full of energy again. A bit of orienteering in Denmark at JWOC and after that a week in Malmö, where I could work at my speed. From there I went directly to O-Ringen in Norrköping, where I competed in four competitions. Unfortunately I had to leave for the Swiss WOC preparation camp before the last stage. But in Norway I could do the final preparations for the Champs, which was after all really important to me. Back in Switzerland, I went to Gstaad for some stages of Swiss O Week, which gave me another good feedback on my speed. And then, it was already time to go back to Norway.

So let’s look back at an unforgettable week in Norway:

My goal for the middle distance qualification was to do a safe race. I managed to save my power for the coming competitions and keep the time loss from mistakes in an okay range. 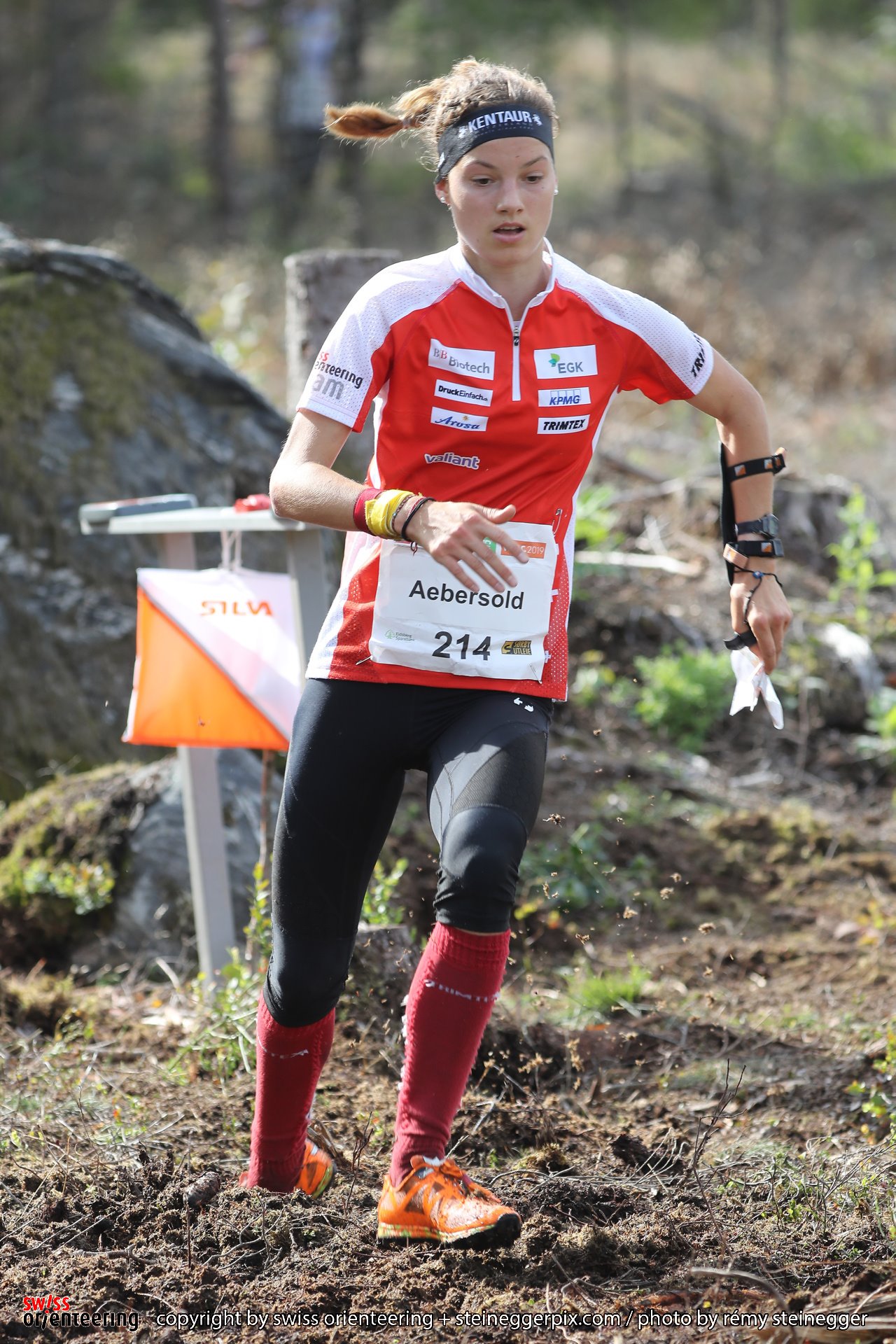 Even though the winning times for the long distance were less than expected, I was completely exhausted in the finish. The start was in the arena and I was crazy nervous when I stood on that start podium in front of all the spectators. I didn’t choose all the right routes in the long route choices and lost some time there. I am really satisfied with my race, especially with the last part, even though I didn’t really get any useful information about my standing in the race at the spectator passage, as I was one of the earlier starters due to my not yet so good world ranking. In the very last part I ran for my life as I somehow already knew that it was going to be tight and so I ended up completely exhausted. I can’t remember a race where I felt so dead in the finish and wasn’t really able to walk straight. And after all, a bronze medal in my first race and in long distance, this is undiscribable! 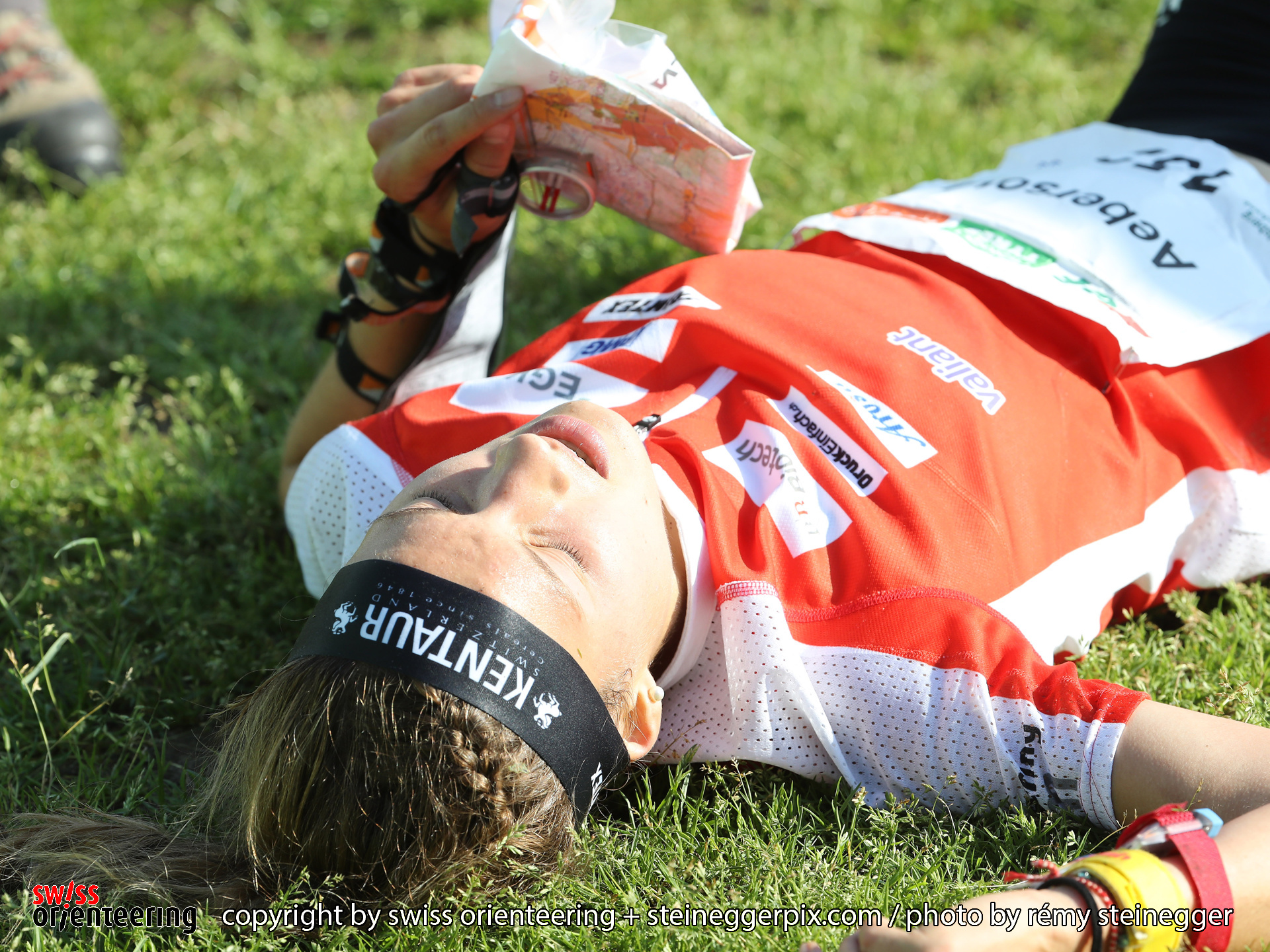 After a well deserved rest day, I had again some energy stored for the middle distance final. This has been my strongest discipline for the last year and I was ready to take another chance for a top6 position. After a very good start I thought at control 10, that now, there were only half of the controls left to find. And quick, I made a mistake to control 11 where I somehow let myself get distracted a bit my Merja Rantanen, whom I caught up before. Also at that time I began to notice, that I couldn't see clearly anymore with my left eye. Everything was blurred and it didn't change until the finish. So it was not very confortable to read the map like this and also in the terrain it was difficult to see things (I almost ran into a banned bridge because I didn't see the barrier). I still don't know if it was a branch or just total exhaustion but the next day I luckily could see clearly again. Knowing that I could be running for a medal in the spectator passage, I took a safe route to the next control, which I then didn’t execute very well and hesitated too much. I would say, that’s where I lost the gold medal. But I mean those five seconds, I could have lost everywhere and I was just so overwhelmed by winning a second medal and even the silver one behind Tove, that I was not sad at all for the lost gold medal there. 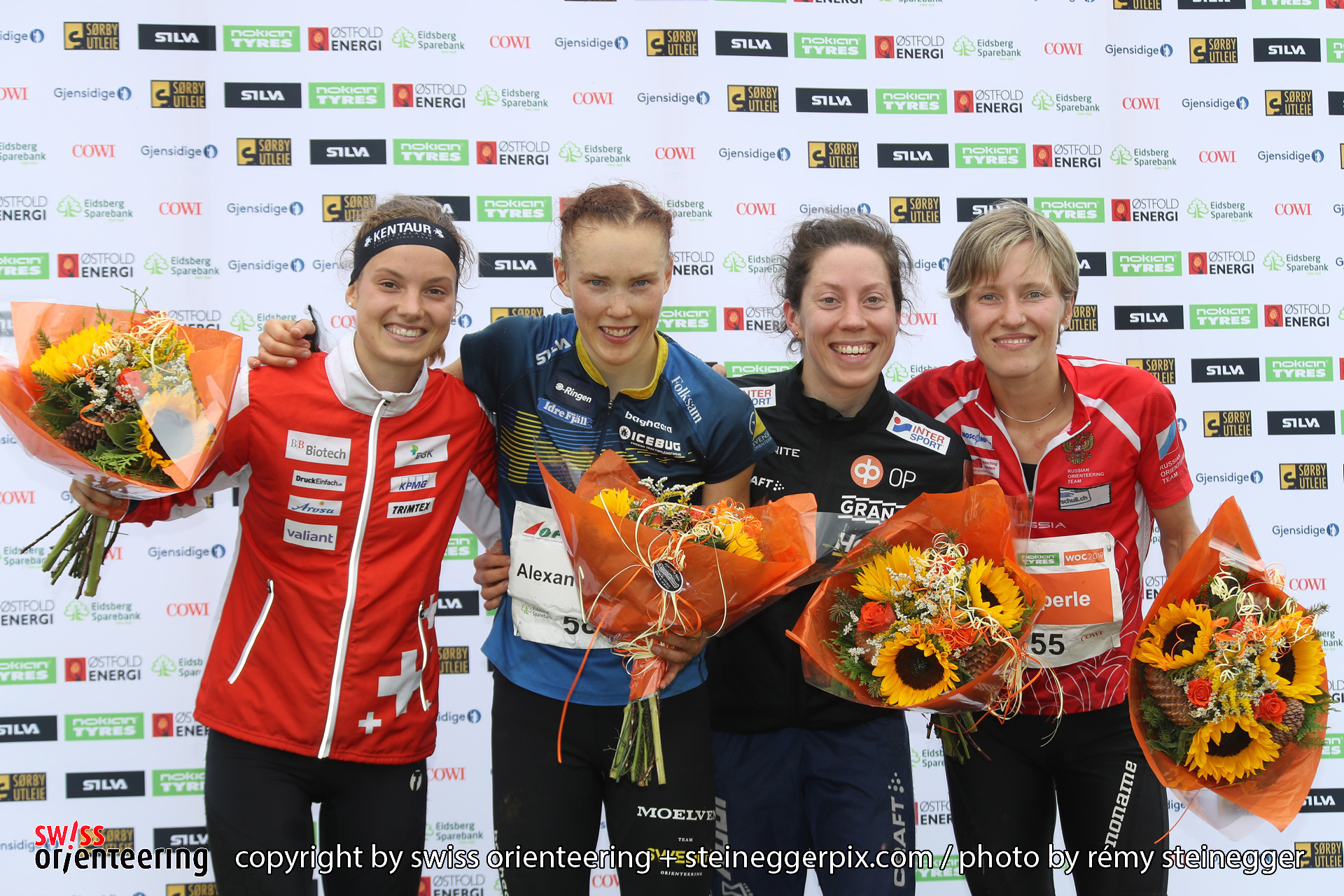 And then, the final race with the relay on Saturday. This was the race I had been the most nervous before. Our goal was a medal, even though we knew that this was going to be really hard in Norway against all the Scandinavian countries. After a great start of Sabine, only 40 seconds behind the leading team Sweden, she handed over to me. And so I was chasing Tove in the forest while I didn’t expect to see her there. But as already a few times this week, unexpected things happen and I caught her up. My only thought was to orienteer on my own and be in the finish first, to hand over to Julia in a good position. And what Julia then did, was great! She did everything she had to do and came back out of the forest before the Swedes. As Karo is known as the best sprinter in the finish line, it was impossible for Julia to beat her but we are more than happy with the silver medal for the Flying Swiss Girls!! The best ending of the week, we could have wished for, relays are always something special and more emotional than everything else!! 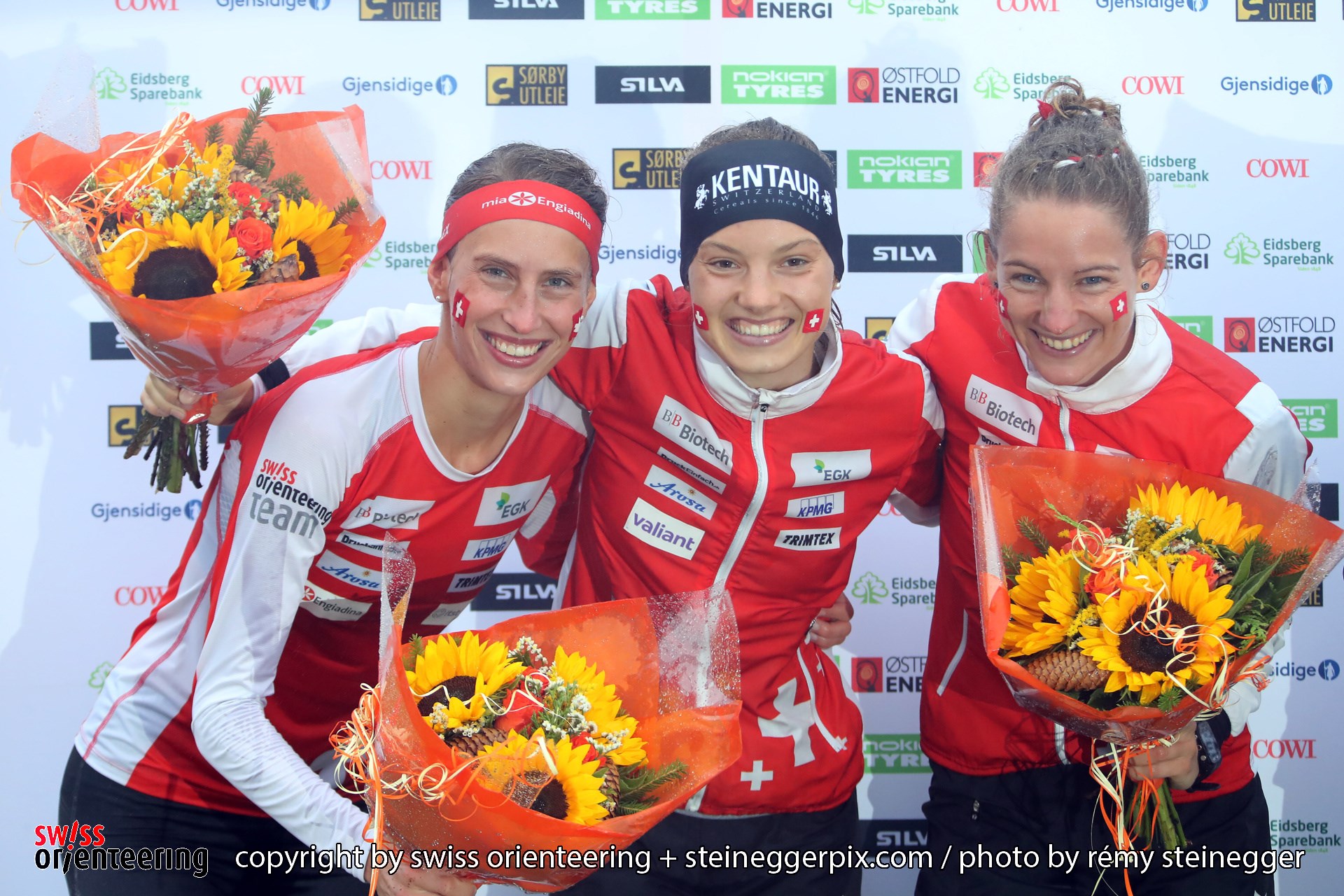 And like this, the WOC week was already over and I’m still speechless when I look back at it. At this point I would like to thank everyone, who makes it possible for me to live the orienteering life and achieve such good results! You have a big part of those medals! 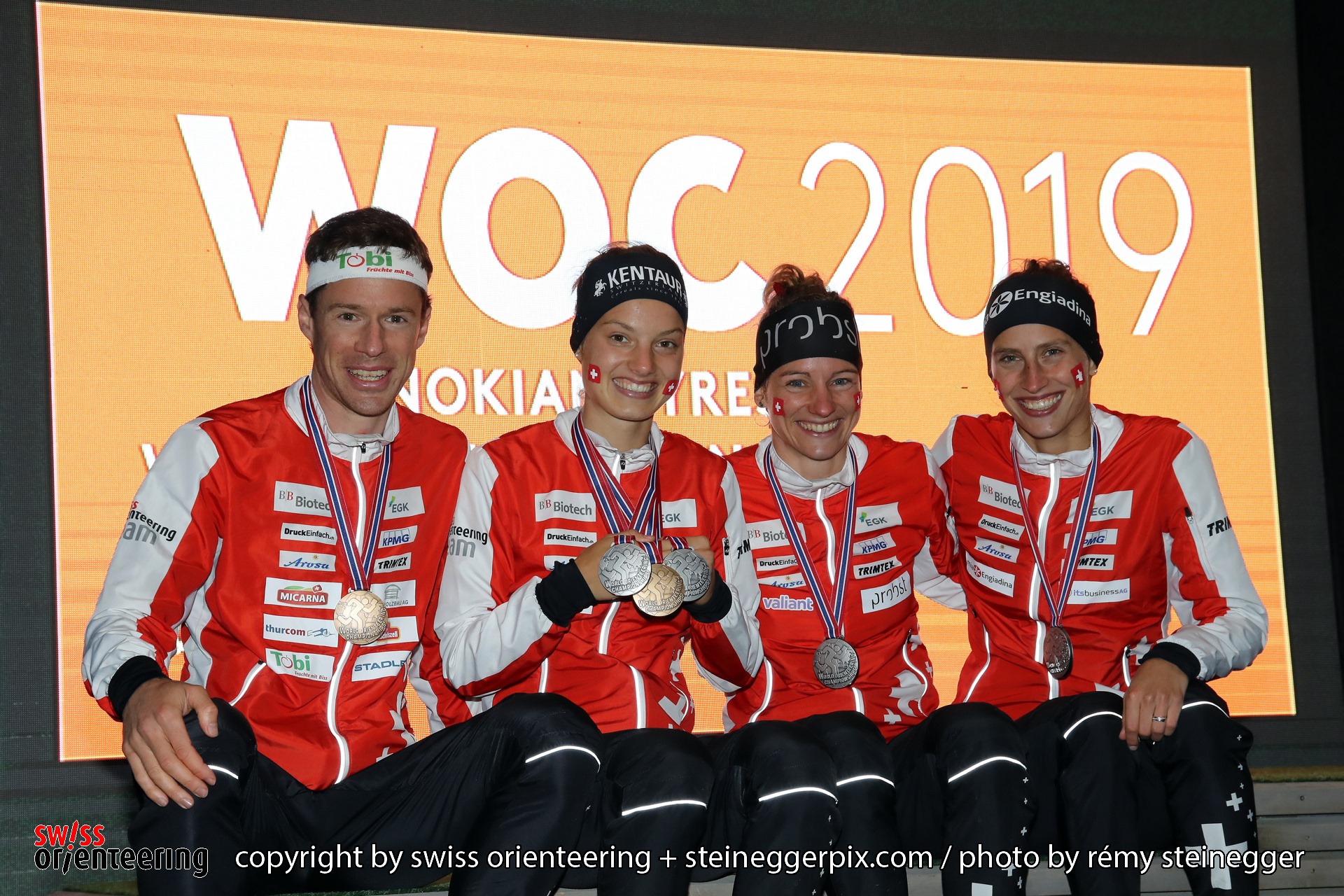