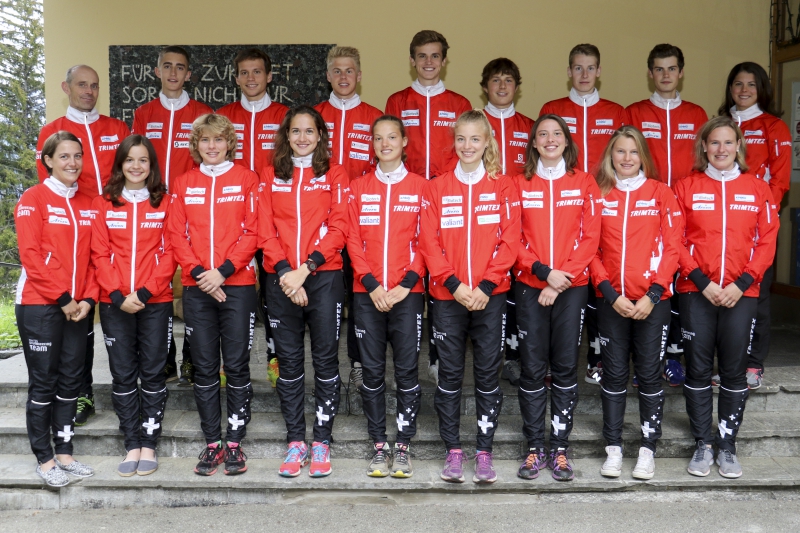 I can look back at four more or less good selection races for JWOC, a super cool trip to Sweden for 10mila and a great “trainingcamp” with Valérie Aebischer and Sofie Bachmann in Flims! On no account would I say that nothing happened over the last while! In addition I wrote my final exams between the selection races, so I was quite busy ;) But I wouldn’t say that I didn’t enjoy it to run in those beautiful forests in Ticino (southern Switzerland), though. It was very difficult and I hadn’t so much time to prepare for those races, but it was great to see that I can also run very well without much preparation. At the Long I managed to run nearly without any mistake, only small ones near the controls. To the contrary, the middle didn’t live up to my expectations. I wanted to take the time I needed to prevent bigger mistakes. Even though I reduced my speed and found the first four controls without any problems, I did a smaller mistake to control 5 and a very big one to control 6 (5.30min). When I saw that control 6 was very difficult I reduced again my speed, but then I aimed the wrong hill and there was, logically, no control… I went up in direction of control 5 to try it again and aimed again the wrong hill (everything was looking the same in that slope and I had no chance to go back to where I knew last where I was). It resulted in a huge mistake and I already knew that kind of problem from JWOC 2015. But I also knew that I could do better and so the rest of the race was good again. After all I was happy with that first weekend of selection races and was looking forward to the Sprint in Solothurn.
The Sprint was completely different to the other disciplines. I know the city of Solothurn very well, as I did lots of trainings there in the past. The exam-week finished, I travelled to Solothurn to complete the orienteering part of our selection races. I started very fast, but then after two thirds of the course got tired and took two bad route choices around the city wall. However, it was a good last orienteering race and I am very happy with it.
Then there was just the last race left, the Gempen-Berglauf. With 7.8km and 426m climb it is, I guess, the hardest one of our four selection races. I managed to be almost one minute faster than last year, what I am happy about.
And yes I forgot 10mila. One week before our selection races, Valérie Aebischer and I travelled to Falun to run that big relay and meet a lot of friends again. I got to run the first leg in the first team of my Finnish club Tampereen Pyrintö (with Tytti Kirvesmies, Sonja Kyrölä, Venla Niemi and Saila Kinni). It was very hard for me to keep up with the speed of the others, especially to the first control which was a long leg, as I was not in my best shape. So I am happy all the more that I didn’t make any big mistake and could change over three minutes behind the leading Elena Roos. We ended up 14th, but the next chance we will already have next year ;)
Now, I am looking forward to finishing my final exams with the speaking exams next week and then put a lot of time into the preparations for JWOC 2016 in Switzerland!