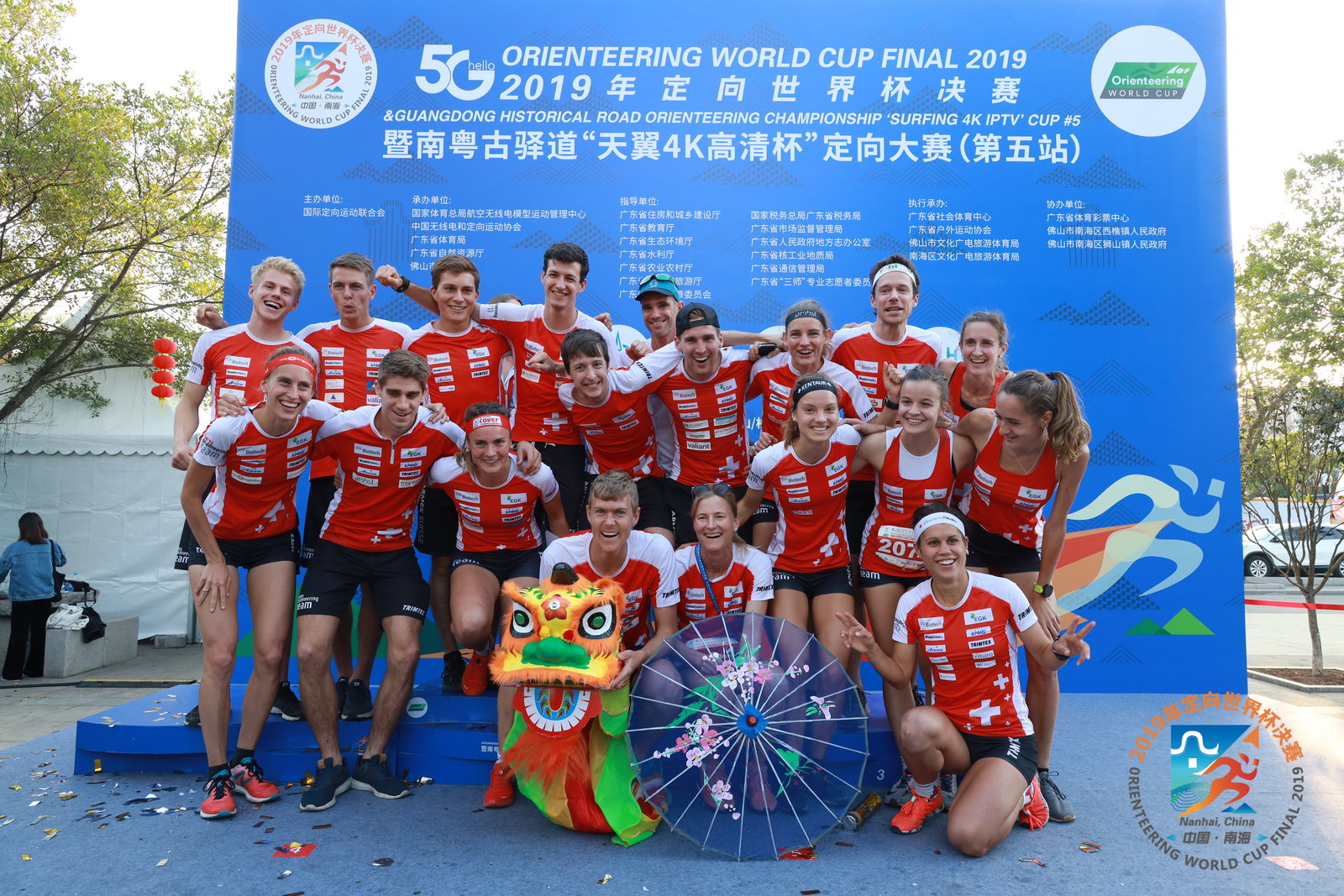 For a long time already, I had been looking forward to the trip to China. I had never been outside Europe before, so that was something completely new for me! And I guess the people at Zurich Airport noticed that we all were quite “squirrelly”. Surprisingly, I was even looking forward to the long flight after I had noticed that there were some nice movies to watch, games to play and music to listen to (when else in your life do you get 11h at a stretch where it's just the goal to get it over with?). So after a long journey, we finally arrived at Xiquiao Mountain, which is in the city of Guangzhou, which again is near Hongkong. Pretty amazed from the recently built up park area with two lakes, a big infinity waterfall and a “Disco-Grotto”, we enjoyed the first Chinese dinner on Wednesday evening. Pretty exotic but if you chose the right dish, reeeeally good (I’m definitely a fan of those fried noodles).

An even better experience was the breakfast the next morning. I was quite lucky, that I brought two bags of Ovo-Müsli with me. Only the milk and yogurt were nowhere to be found at the buffet. But after the 3rd breakfast they finally learned, that milk isn’t poisonous for everyone and so we also got our milk.

Maybe some facts about the trip:

-         Ordering food in a restaurant, where they don’t know English is very difficult and results in having food for 15 people instead of 7 (and also thinking that they sell cat meat)

-         They say there’s no poisonous snake, but there was actually seen one in our hotel…

The competitions started with Middle Distance on Saturday. I was quite curious and didn’t really know what to expect from that terrain. It rather looked like a long sprint. And so it was. And also the map was definitely no use for a world cup. Maybe I am just so bad at reading that kind of map but I didn’t understand the whole map and had a terrible feeling after the first part, where I wasn’t sure if I crossed an olive area. After that I did mistake after mistake and always told myself not to give up yet because it’s always the same for everyone. And so it was and luckily it didn’t destroy my good Overall World Cup. 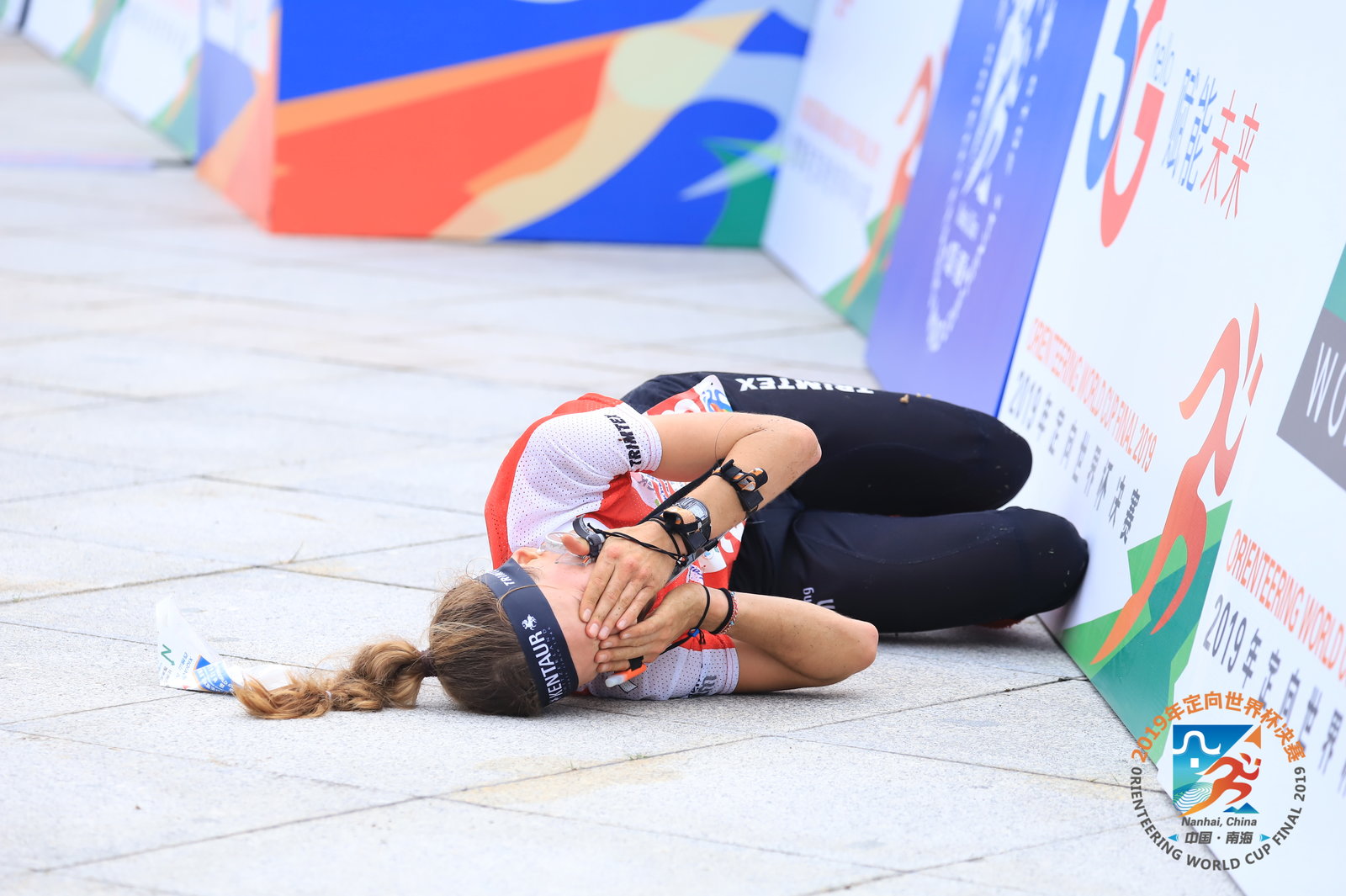 After that not at all satisfying race, it was not hard to find the motivation for the Sprint Relay. The TV-Town was a very cool location for a Relay, and I got the honour to open the race on the massstart. After the Sprint Relay in Helsinki, where I wasn’t that happy with my performance, I could this time show a good race and keep up with the first until the finish. So handing over just some seconds after Sweden, Matthias Kyburz, Joey Hadorn and Elena Roos finished the job with very good performances! Victory for Switzerland in Sprint Relay, what a day! 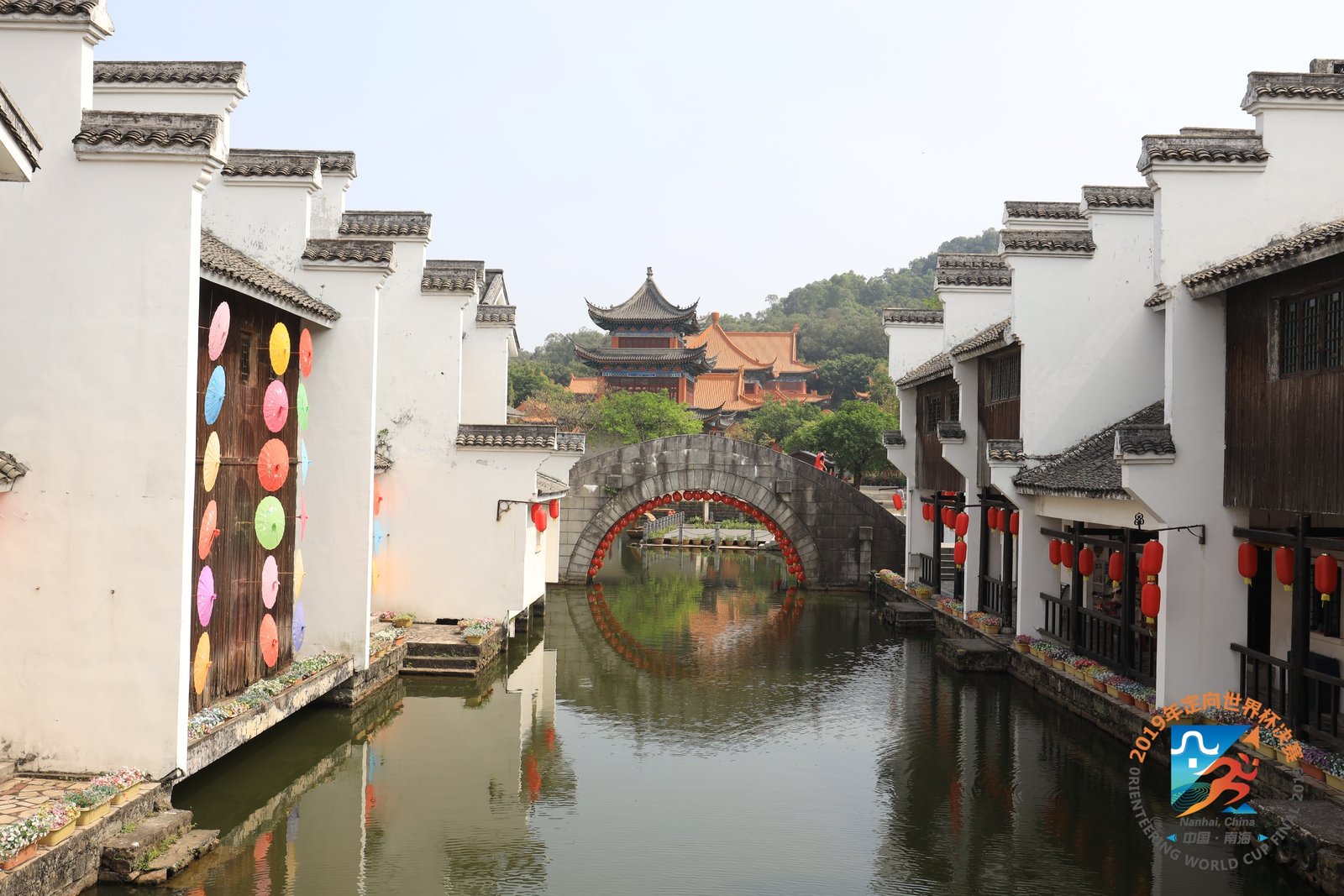 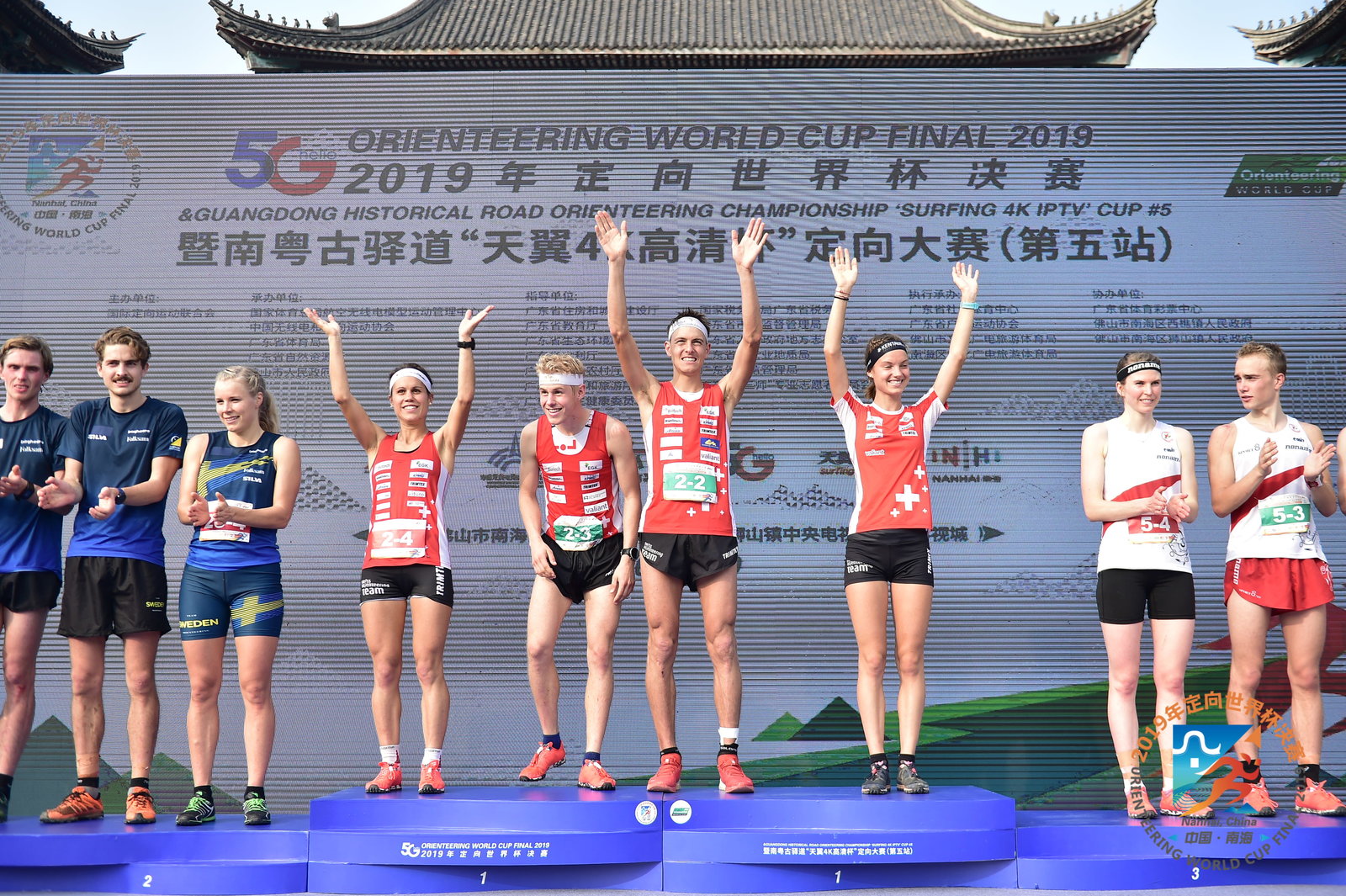 After a well-spent rest day on Xiquiao Mountain (visiting buddha and a cave and watching some traditional lion show), we were ready for the final showdown in Songtang Village with a Sprint on Tuesday. I expected a lot from this sprint terrain with narrow and labyrinth-like streets. And the course totally lived up to my expectations! One bigger mistake on the long route choice destroyed my first world cup victory, otherwise I had a really good race except for once where I took the wrong entrance. 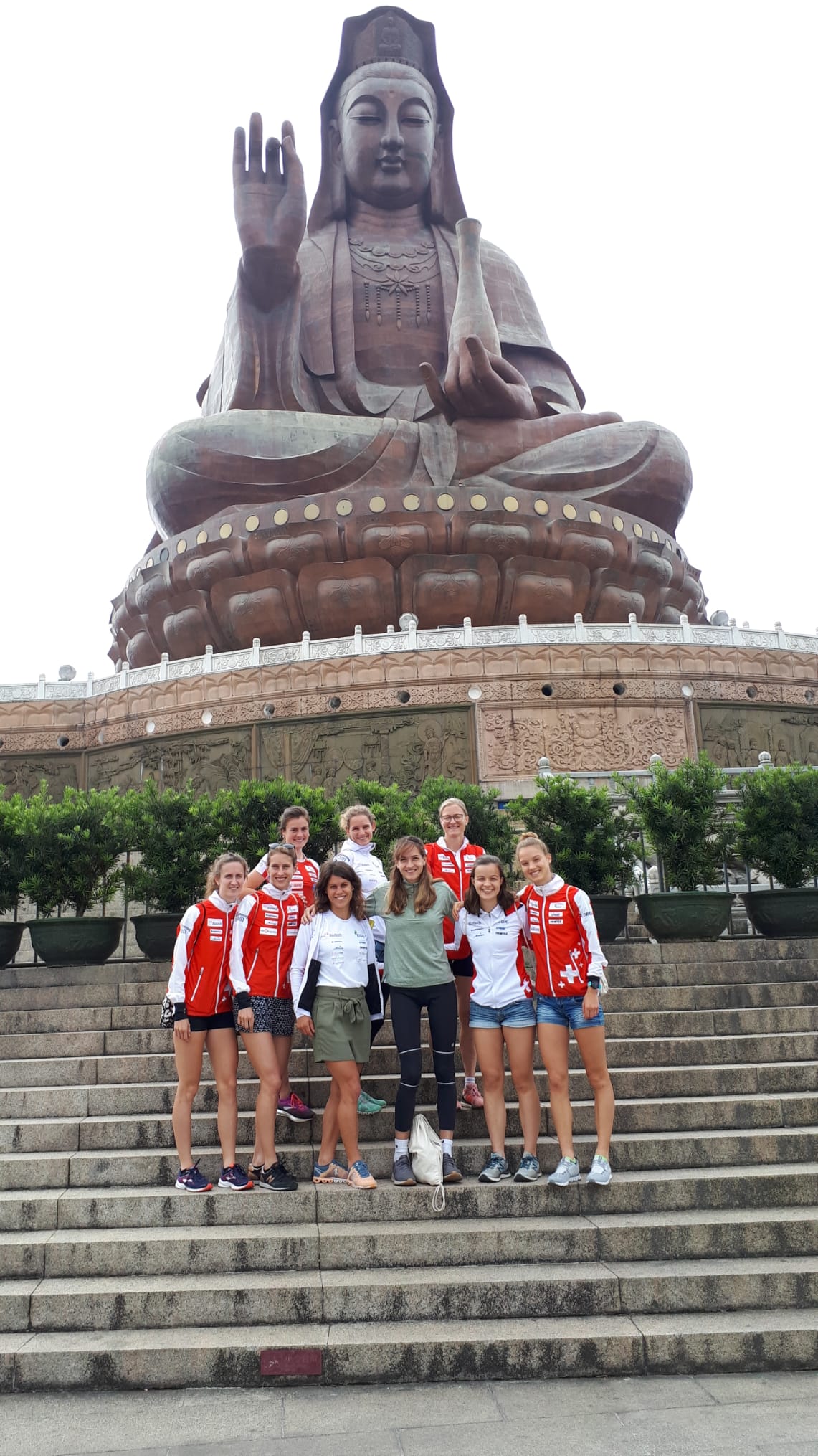 And after all finishing season 2019 on 2nd place in World Cup is just amazing. I had never ever thought that this would be possible already in my first year as a senior. So I left China with a smile but also with many thoughts about our sport. In China I saw how important fairplay is in our sport after always telling non-orienteers that everything is based on fairplay in orienteering. I had never thought that anyone would have cheated in a race before. I guess this changed after the adventure in China. I really hope that we can again stop pointing fingers at each other and that everyone is playing fair!

So at this point I’d like to thank everyone, who made this season 2019 so special and everyone who supported me on my way to the worlds best orienteers. I am so thankful that there are that many people standing behind me and supporting me wherever I need it. THANK YOU!!

Now I’m looking forward to season off after the Grand Slam Final on Saturday. And then, let’s go all in for season 2020! 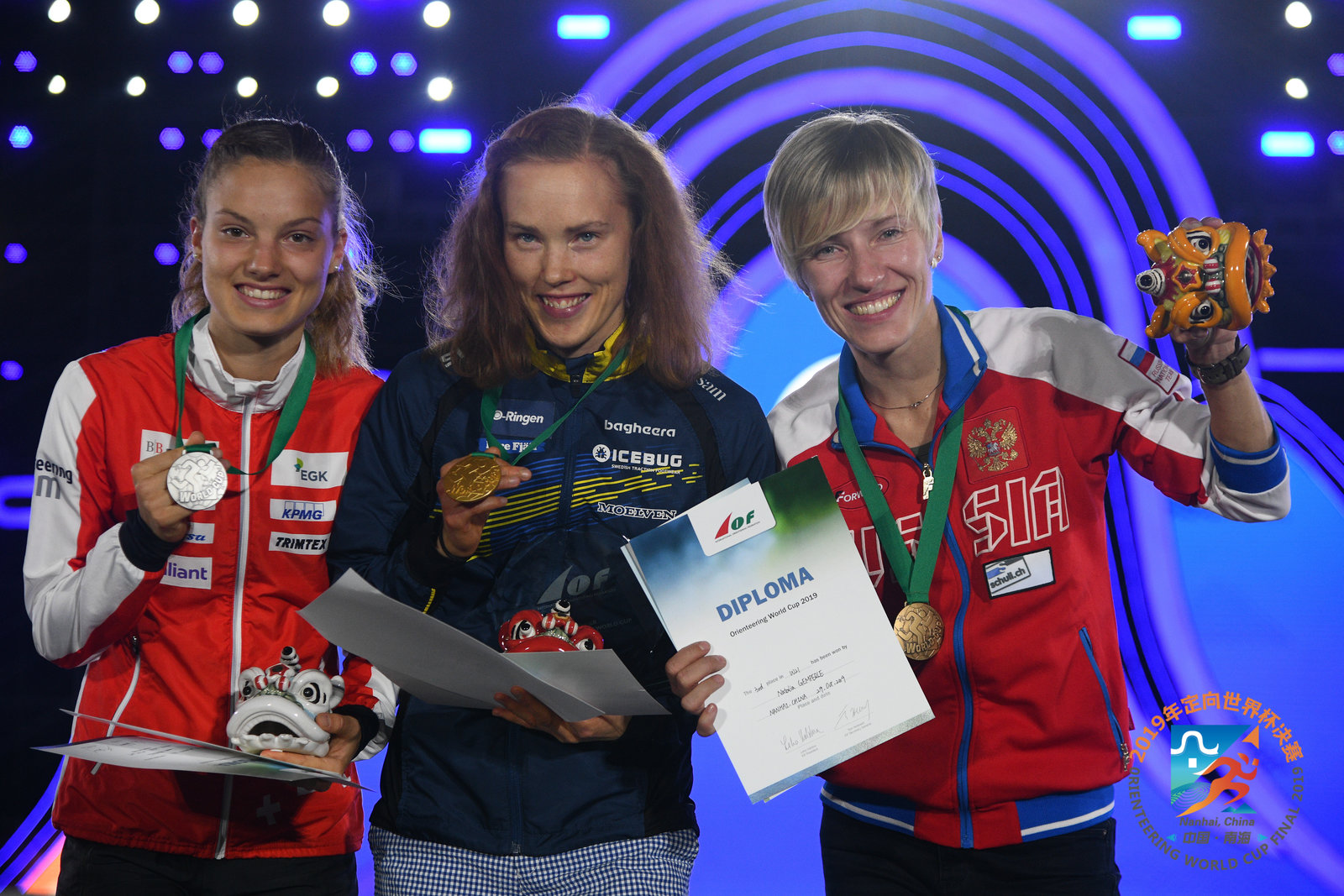