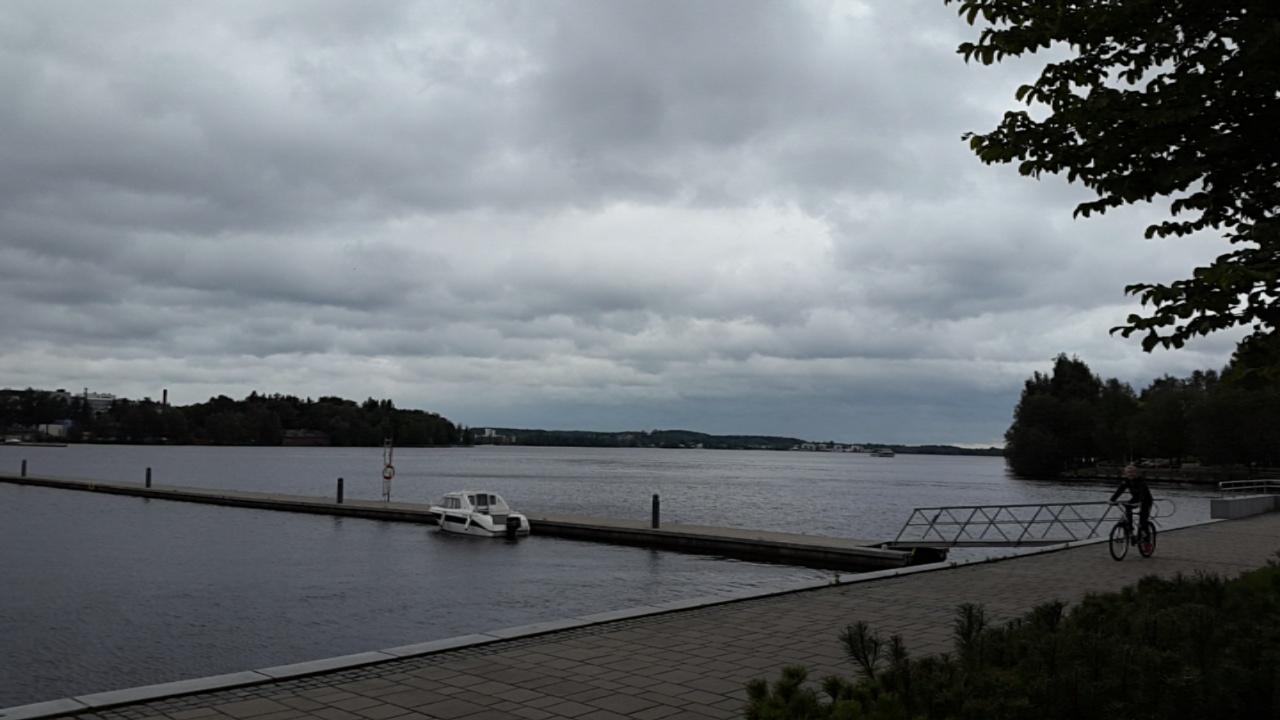 And it's already Friday... I can look back at a week full of experiences, for example I learned that playing badminton can be really exhausting ;) But let's start at the beginning. On Monday we had a meeting with a lot of pyrintö-people to discuss about our races at JWOC and EYOC. First we ate some really good cake with strawberries, before we resorted to the hall. There it started with a short introduction about the subject (discussion about the international championships this summer) before it went on with the interviews of all the medal-winners at EYOC. For me the biggest challenge was to understand at least some words as everyone was talking in Finnish ;) The discussion about JWOC then was much easier because everything was in English. Also I had an interview where I told about my whole JWOC-week, about all the good and bad things, and how I managed to forget the disaster at longdistance for a short time. After all, it was a really nice evening! 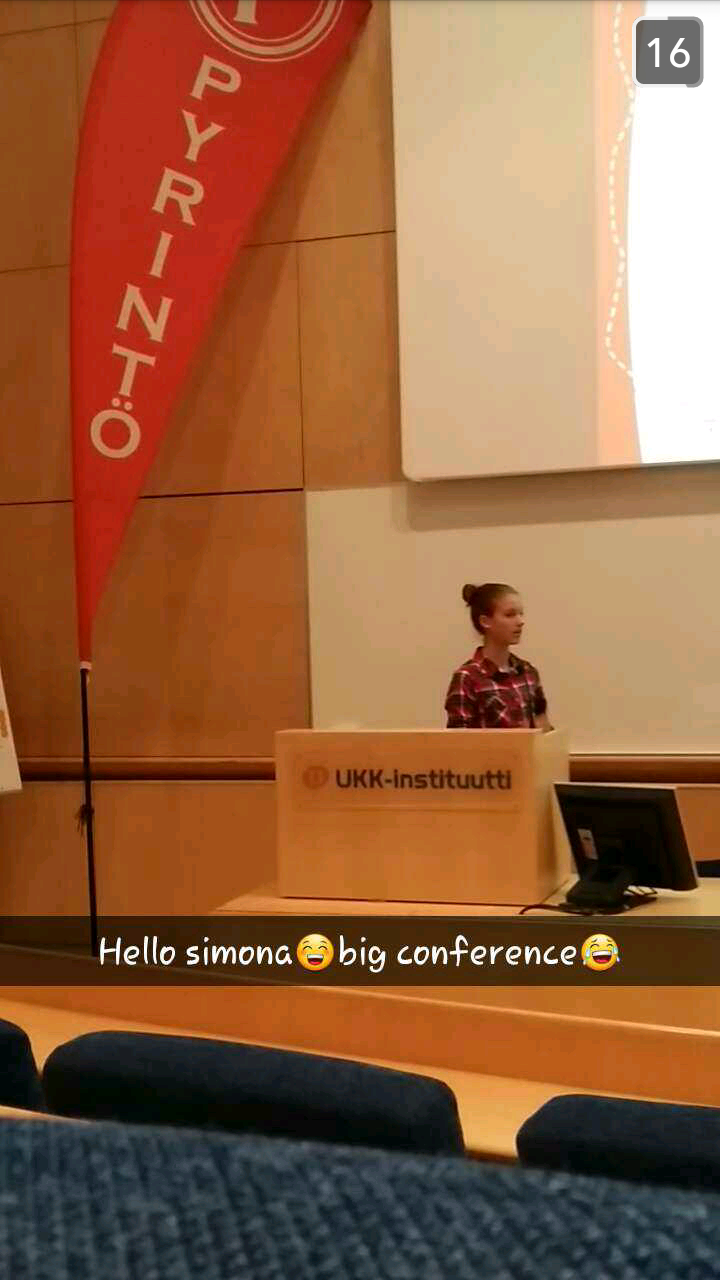 Tuesday was another good day. Valerie and I went to the city by bike to find some very nice food-shops ;) Anyway, we now have enough chocolate-nuts and Goodies for the time being! On the way back to our apartment, we cycled first to Pyhäjärvi (one of the two big lakes around Tampere) and then back through the industry and the city (which led us to some discussions about the way back and where we exactly were...). 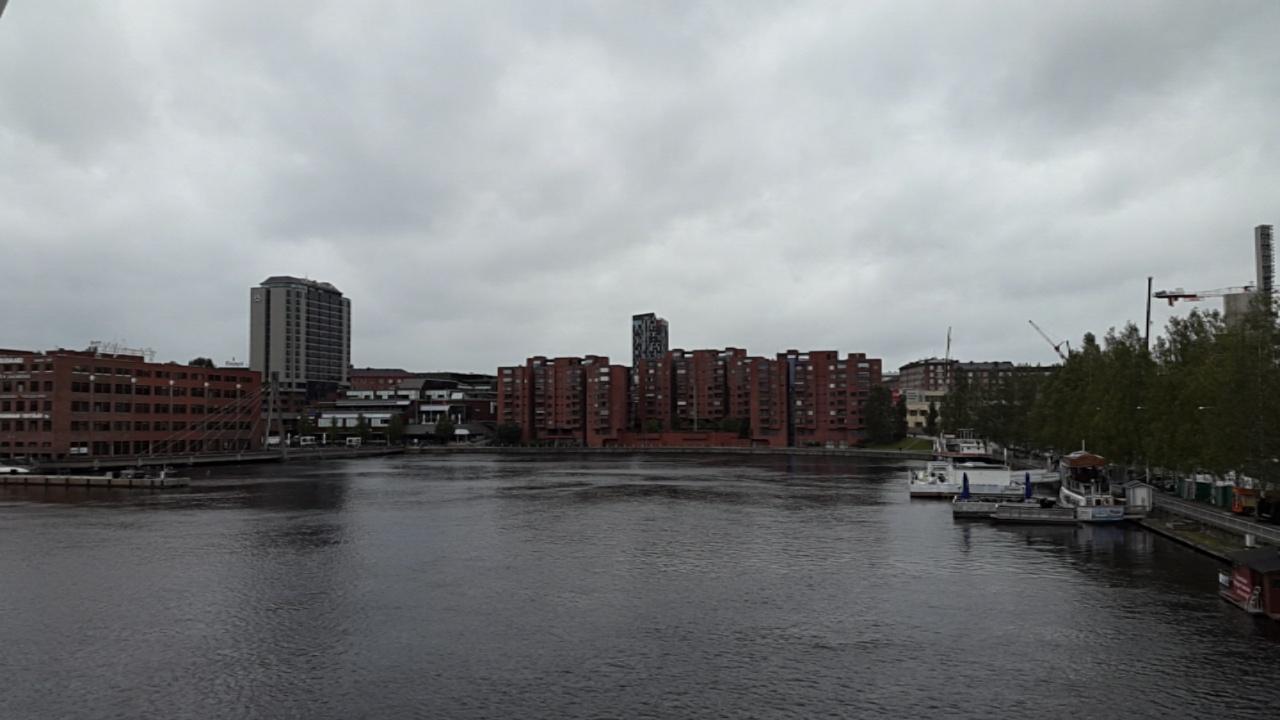 As there is a Tennis-Center near our apartment, we had to visit that once and so we decided to play badminton on Wednesday. That was a really good idea even though everything was hurting afterwards ;) In the evening we did our first Pyrintö-training which was in Pulesjärvi. I really enjoyed the beautiful terrain after a big mistake in the beginning (I didn't see the little transmission line which I'd had to cross).

On Thursday, there was another training with Anton, Pascal and Tobia planned. The terrain was very beautiful too, but also difficult. In the first part we only had a map with contours, so it was even harder to find the well-hidden controls (which were only yellow stripes). In the afternoon we organized a sprint-training in Pispala (just next to the embargoed area of 2017s JWOC-sprint) together with Lotta and Anni. Even though it was very tough I enjoyed the feeling of running a lot of uphill again ;) But it is really not the same as at home in Switzerland, where you can run 500m climb during one training, so I am looking forward to some nice uphill sessions at home already in two weeks :) After that hard training, we were invited to go to family Haanpää for dinner (and Valerie insisted on watching the men's triathlon). 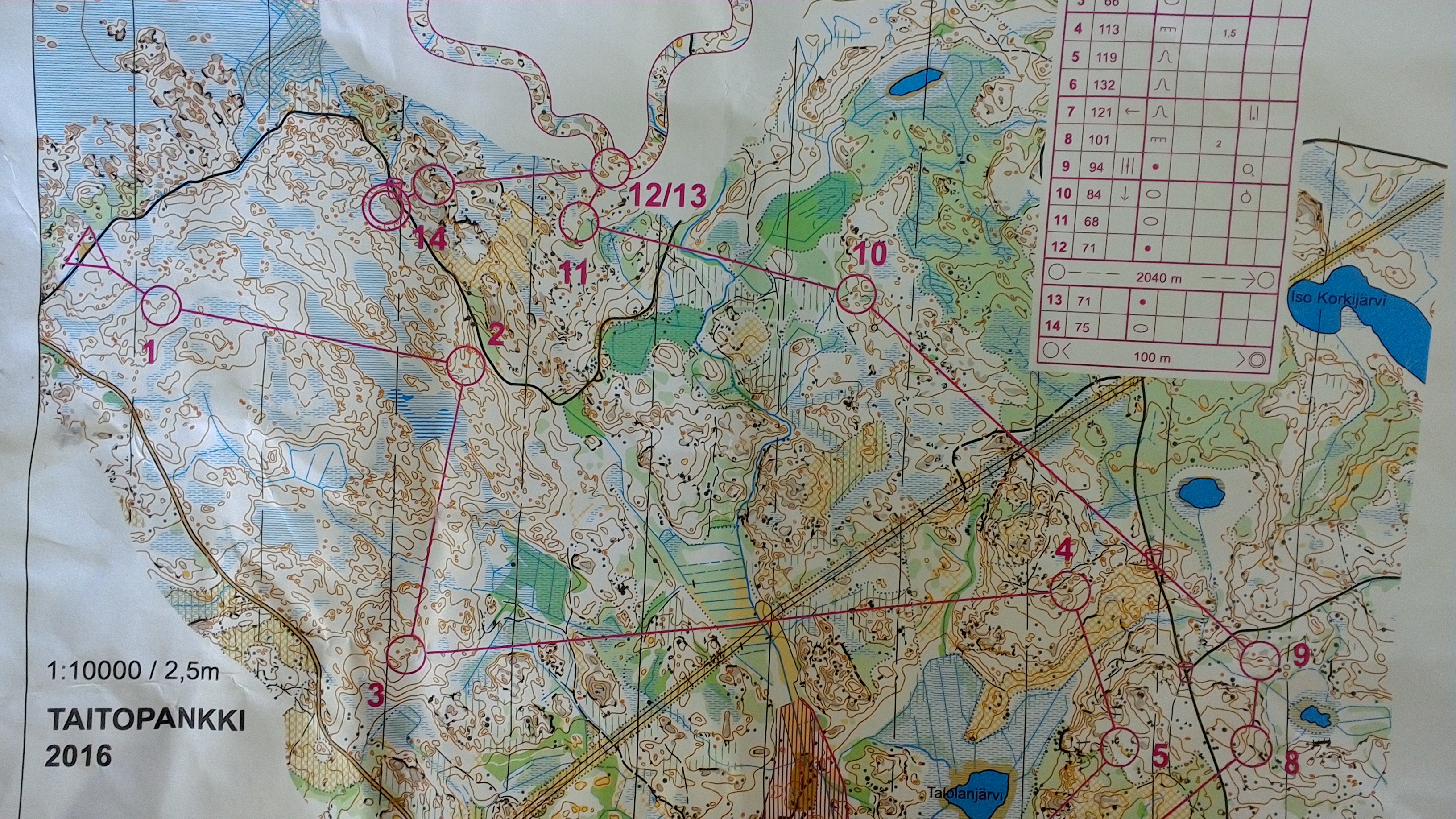 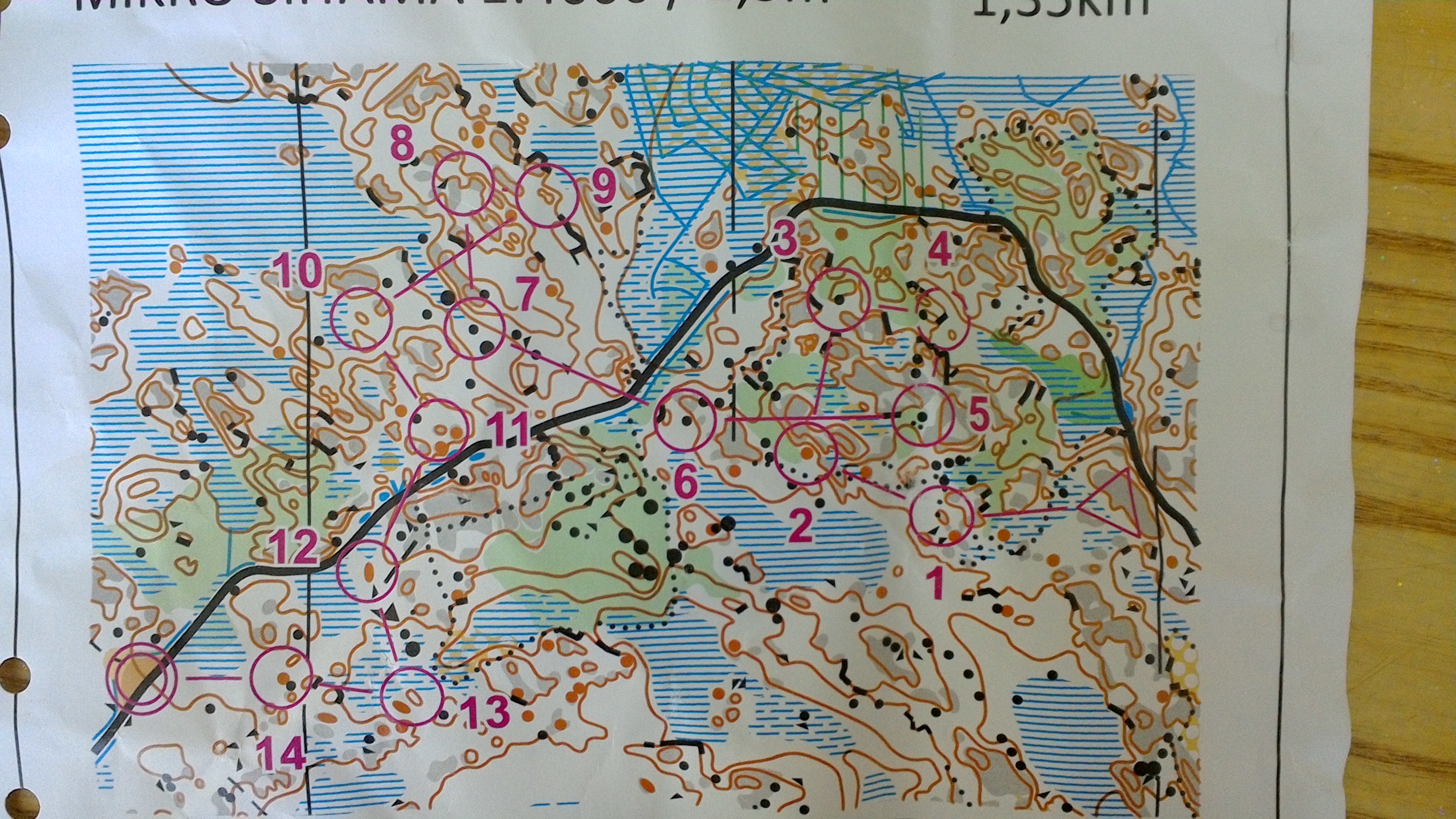 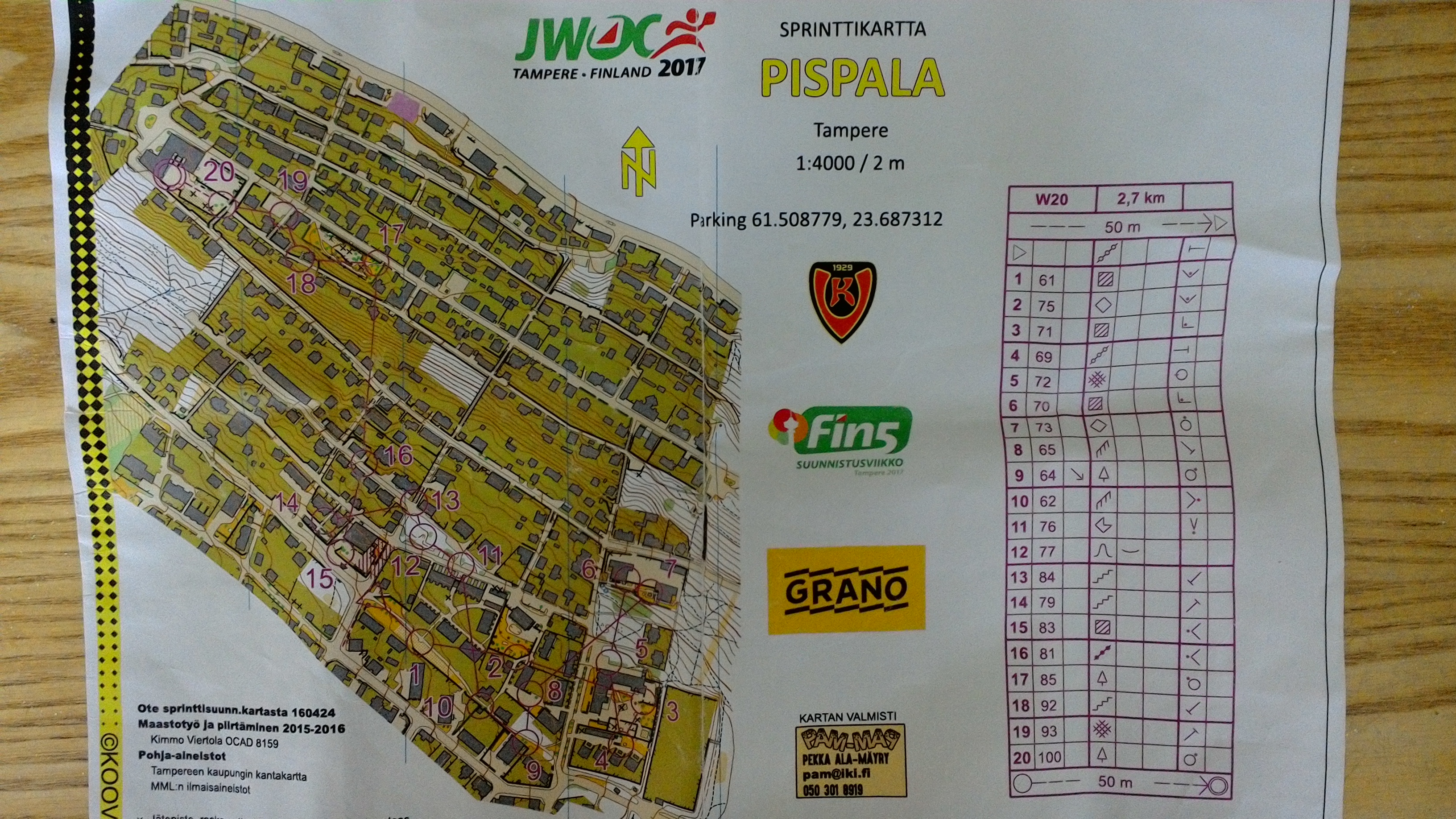 Yes and today there wasn't anything special, just a very tricky "sprint-training" on the university-area and some preparations for tomorrows Nuorten-Jukola (youth jukola). After that I will also join the short trainingcamp for the two finnish-champs in September (where we unfortunately are in Switzerland). 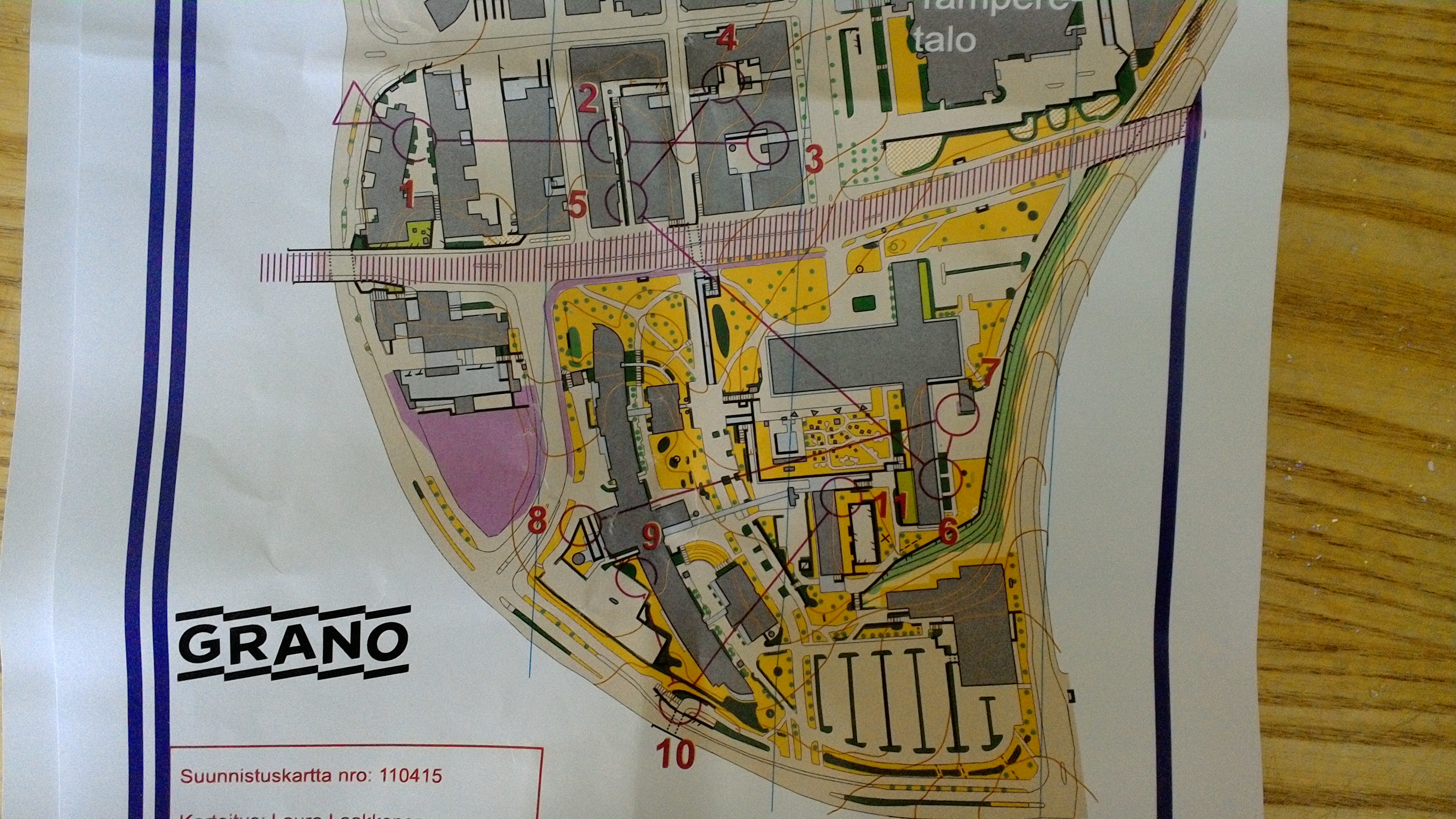 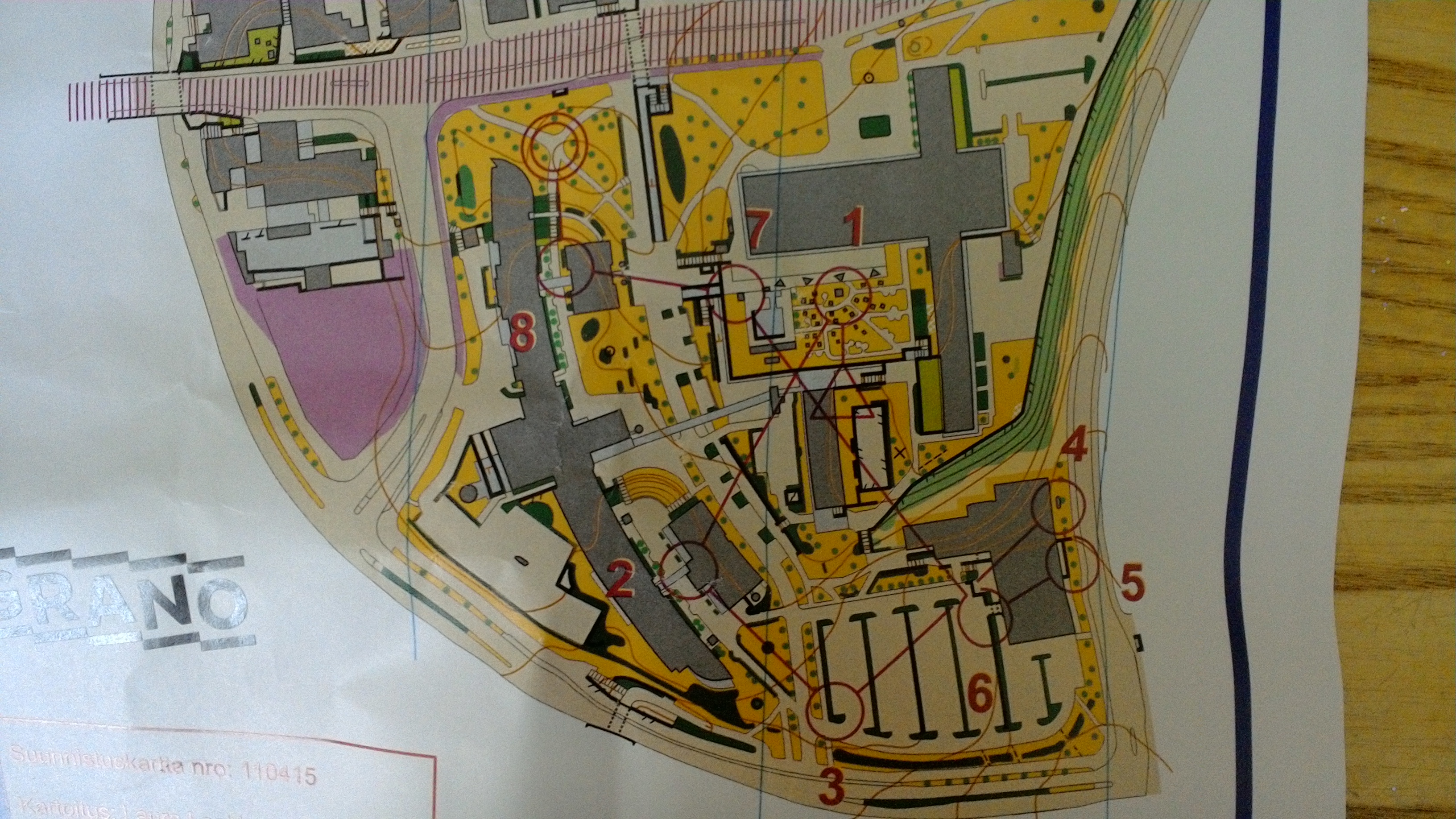