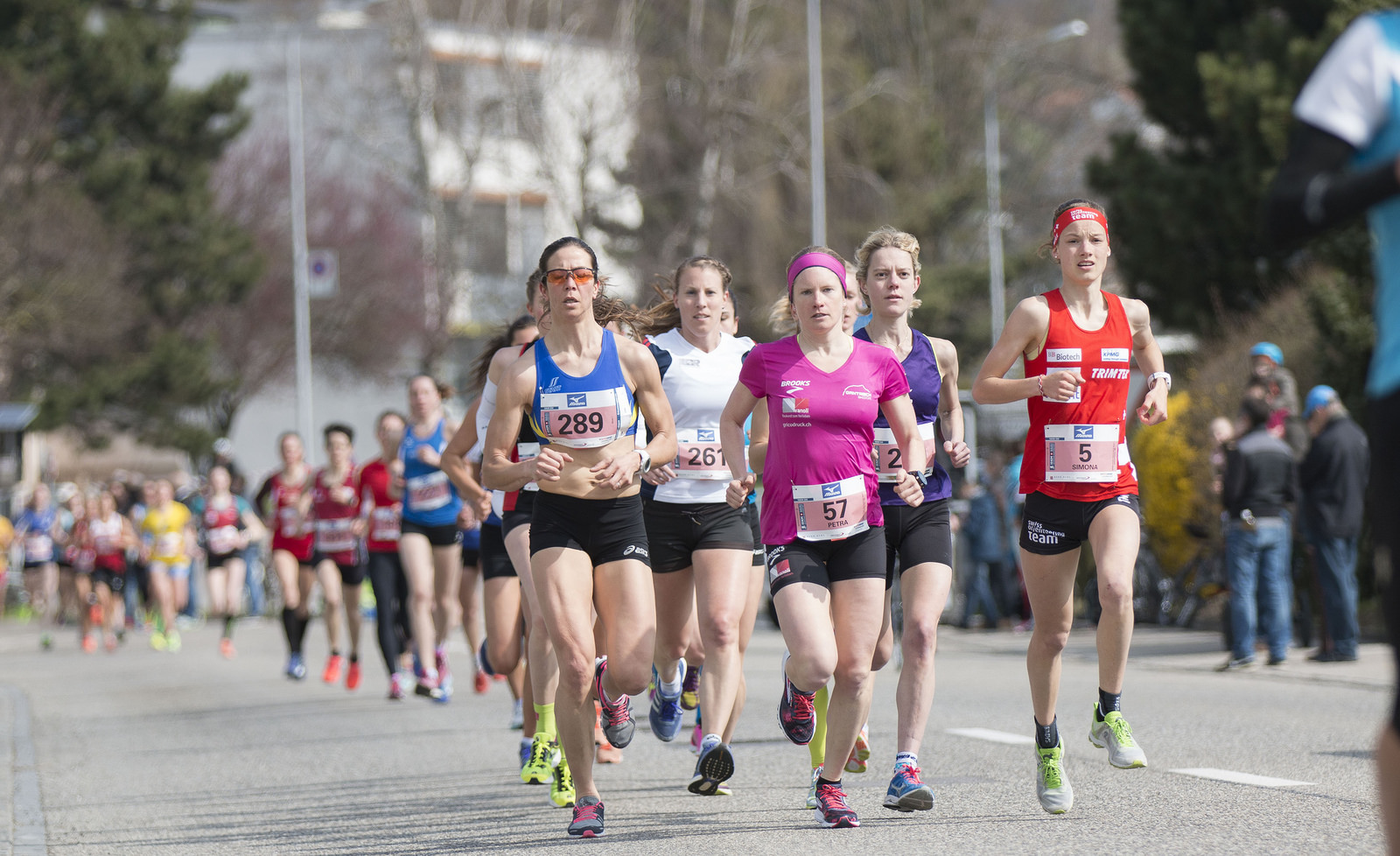 The spring has definitely arrived here in Switzerland and it's warm enough to train without a jacket! I really enjoy the sunny weather and the first competitions are much more beautiful like this.
The first night-o training competition of the season 2017 was the Berner Nacht-OL in Frienisberg. After some smaller and bigger mistakes in the beginning of the race, the end was really good and I was having fun out in the dark forest. It was also a good training for the Swiss Night-O Champs as I knew afterwards what I had to improve.
After a long bike session from home to Huttwil for a Fajita-Party on Saturday, the next regional competition was already on Sunday. This time a middle distance in Bätterkinden-Utzenstorf (an urban area with one little forest part). It was also very fun running there and I especially liked the change from forest to village :)
After that hard weekend, the 3000m testrun was maybe a bit too much but in the end I am very happy that I ran it :) With 10:21min I was almost 20 seconds faster than my personal best (which I ran in 2015). With that confirmation in the physical part, I'm ready to start into the season 2017.

So already the night-o champs and thereby also the first race of Swiss Orienteering Grand Slam was waiting for me... Even though I almost fell asleep on the train to Uster, I felt more or less ready at the start after warm up. Not taking my time to control 1 already ended up in my first mistake, after that, I could concentrate again and managed to do well for almost the whole rest of the course. Well enough for the victory with which I am very happy. You can find map and GPS-Tracking via the following link: http://www.tulospalvelu.fi/gps/20170318_NOM_D20/ 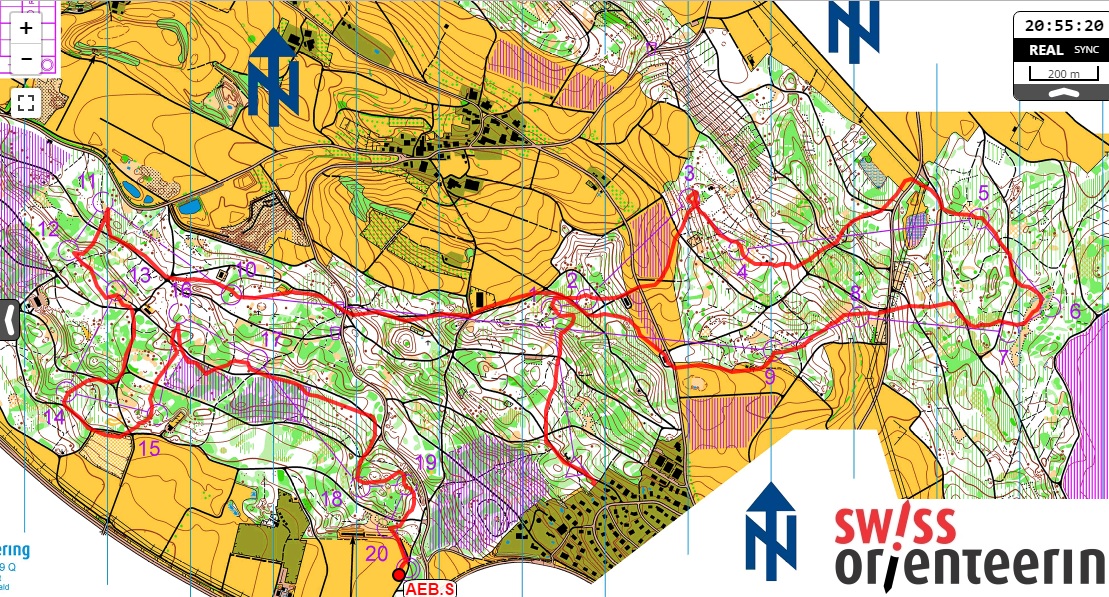 The middle-distance on Sunday was more hilly and with some steep slopes, what really challenged me (and especially my legs). Except for the mistake to the 6th control, where I was already reading from 6 to 7 and left into the wrong direction from control 5, my race was pretty clean and despite my tired legs, I enjoyed it. That first orienteering weekend with two victories showed me that I'm on the right path and that my training is going well, even if there are still many things to improve :) 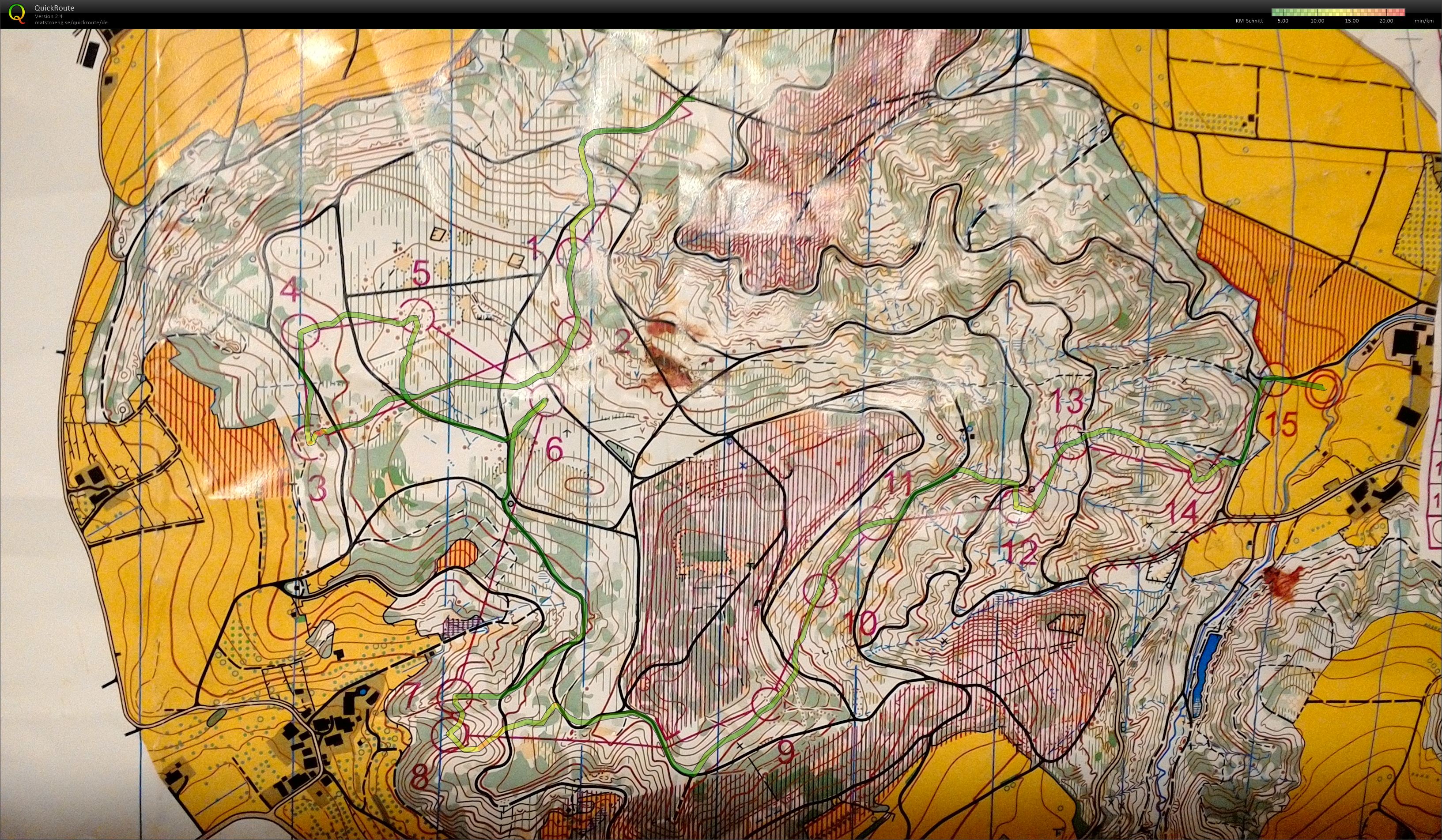 Already heading to Tessin on Friday for the Sprint-Relay on Saturday was a great idea. When I took the train in the morning with my brother Fabian we still thought that we were going to to some orienteering trainings. Unfortunately the terrains were a bit too far away from our accommodation in Lugano to reach by train, so we quickly decided to do some running sessions ;) So the first training in the afternoon was running from Lugano to Ponte Tresa (where we always were on holidays as children and explored the surroundings). It was really nice to see those places again, almost 6 years later. And it felt like coming home as we knew every corner (at least from Caslano to Ponte Tresa). A big surprise was that we just ran into Christa, one of the hotel owners. Of course she didn't recognized us as we're much older now but I think she was quite disturbed because I was really giving her a stare.
Recovering and looking desperately for some real Gelati (italian ice cream) and dinner until Nils arrived at 9pm was the next challenge. So the second training was waiting for us even though it felt like running in the middle of the night ;)

The "big" day on Saturday started with a "footing" to Monte San Salvatore, 3.5km with 670m of climb... Actually we wanted to take the rack railway down, but as we forgot our money and there was nobody who wanted to sponsor us we had to run down again. 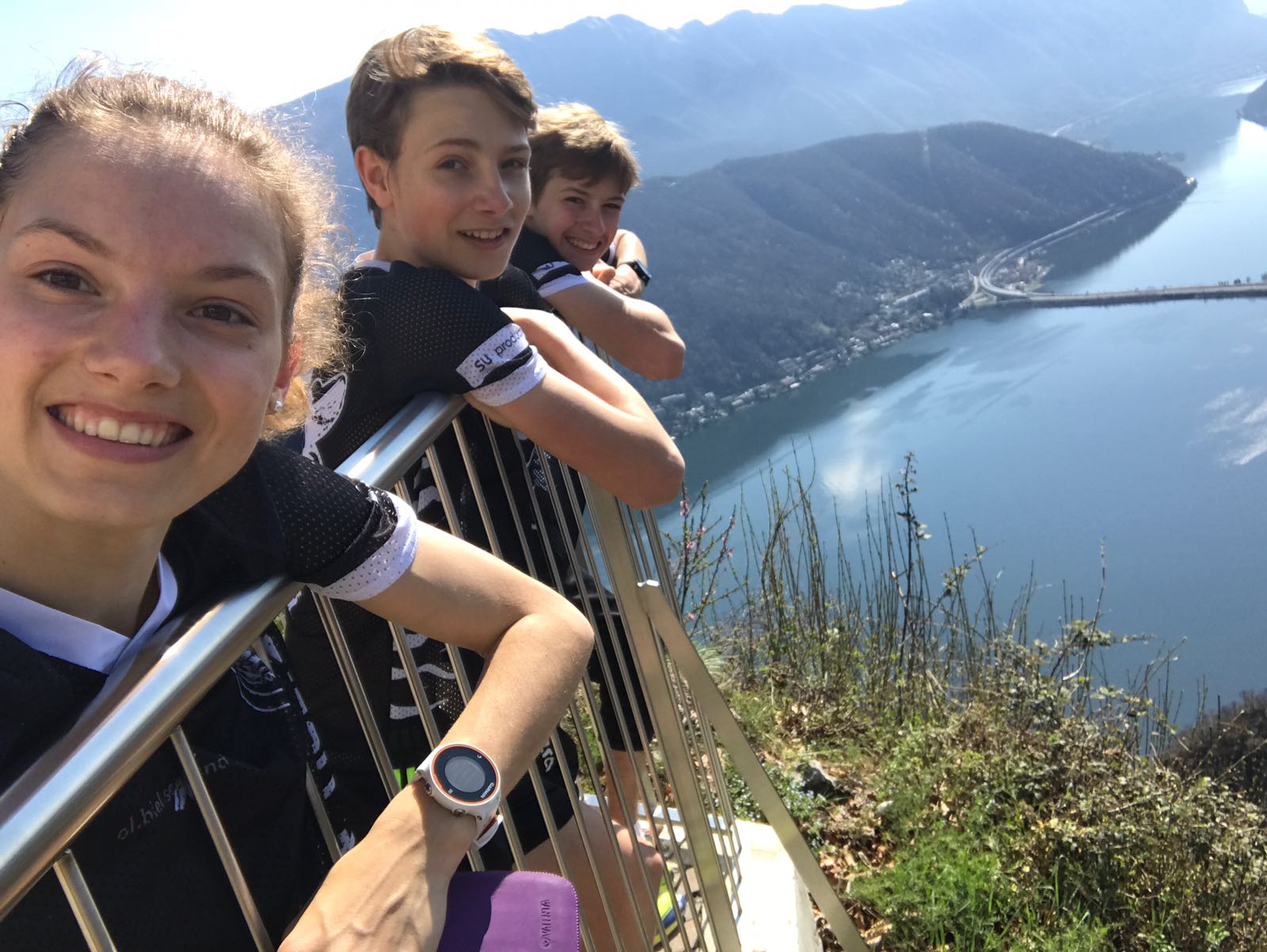 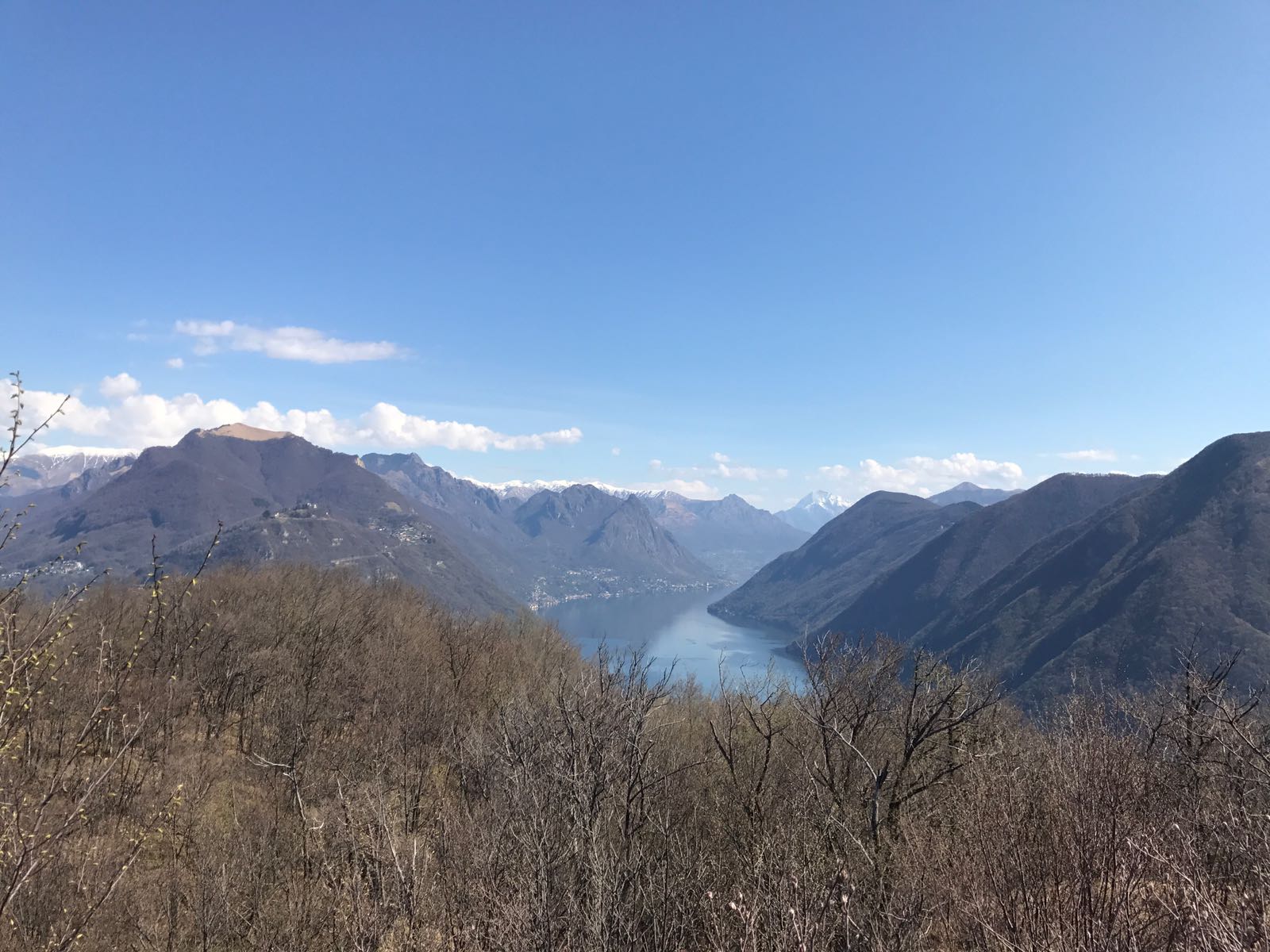 Half way up to San Salvatore

After another Gelati the competition was waiting for us. I was not ready at all as I was having a stomach ache, which I really don't know where it was coming from as I deliberately ate almost 4 hours before the competition. Anyway I had to get out and run that race. As the map was printed on both sides I first started to run to control 9 before I recognized it and turned around. After that mistake and a next stupid one already to the 2nd control, I managed to get into the race and catch up with Sofie Bachmann again (we left together at the start). Despite the bad physical feeling I was having fun looking for the controls in those narrow streets. It was totally worth travelling to Tessin for this competition! GPS-Tracking: http://www.tulospalvelu.fi/gps/20170325_SprRel_4/ 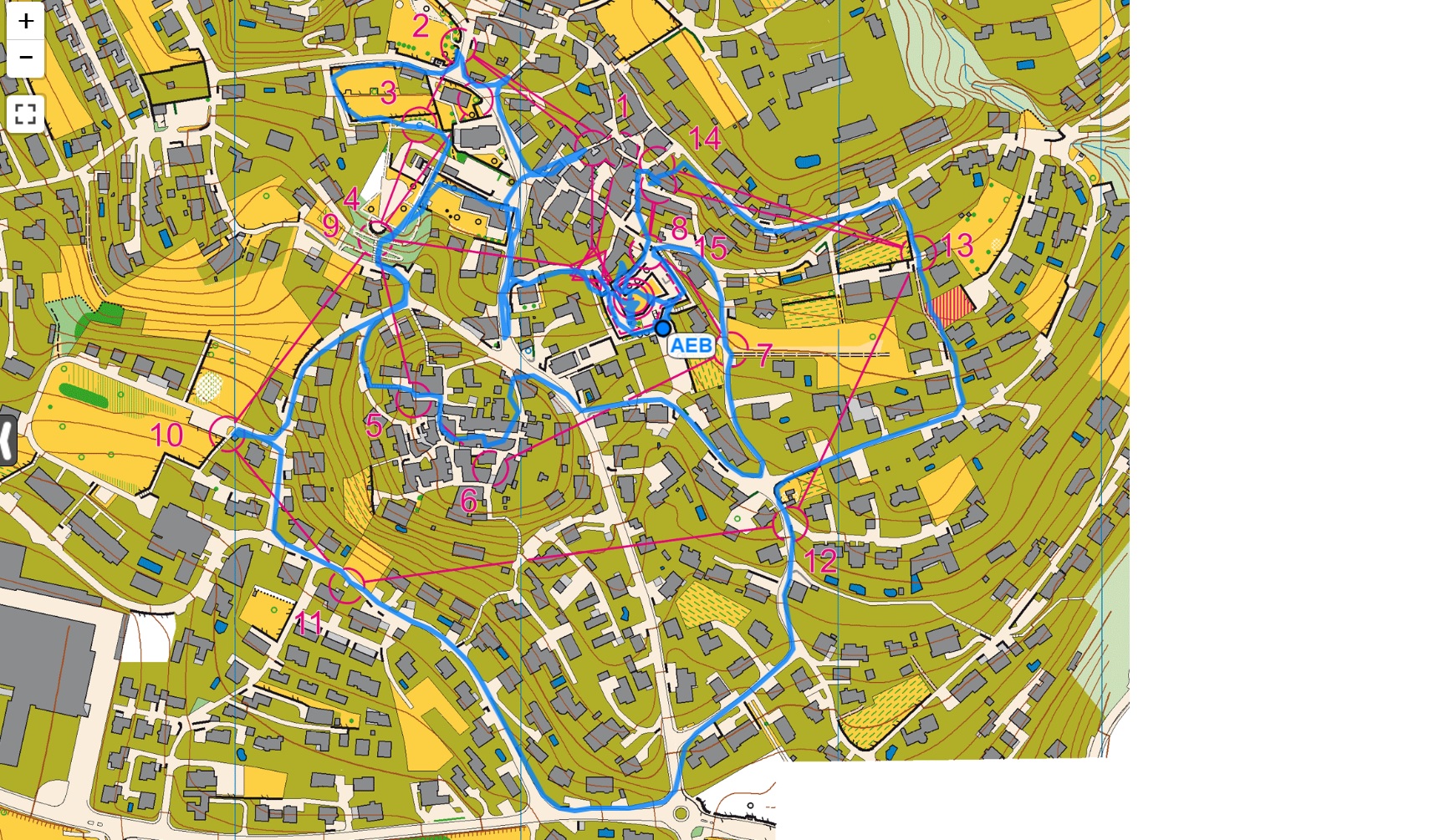 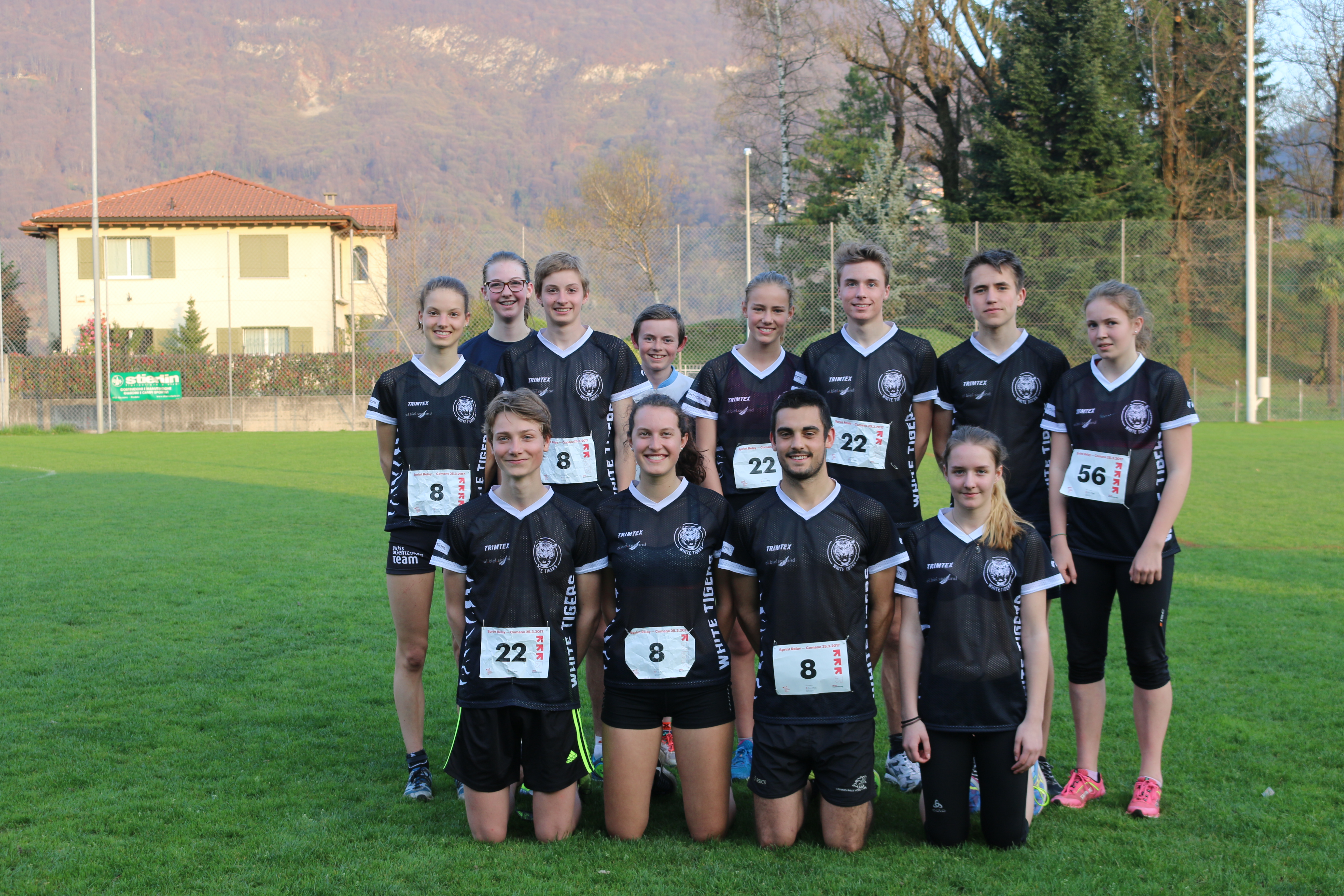 Almost until Sunday morning I didn't know if I should go to the Swiss Champs in 10km because I felt so tired. Thanks to my nice friends I anyway decided to go and just run as fast as it felt well. But as I just cannot take something easy when I'm going there, it ended up in a very nice time of 36:29min and the second place in WU20 just one minute behind Delia Sclabas. Another great confirmation of my training going well :) 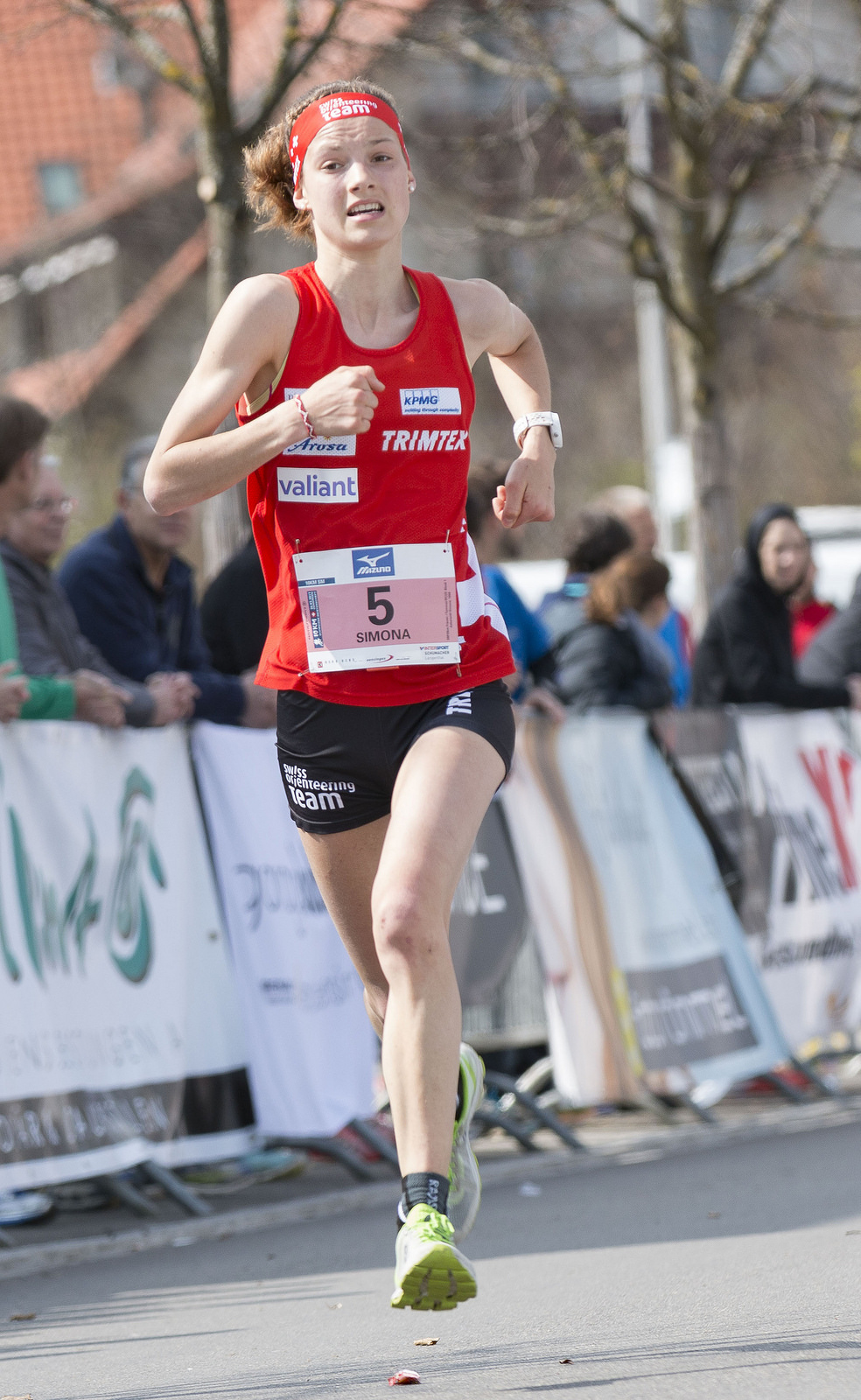 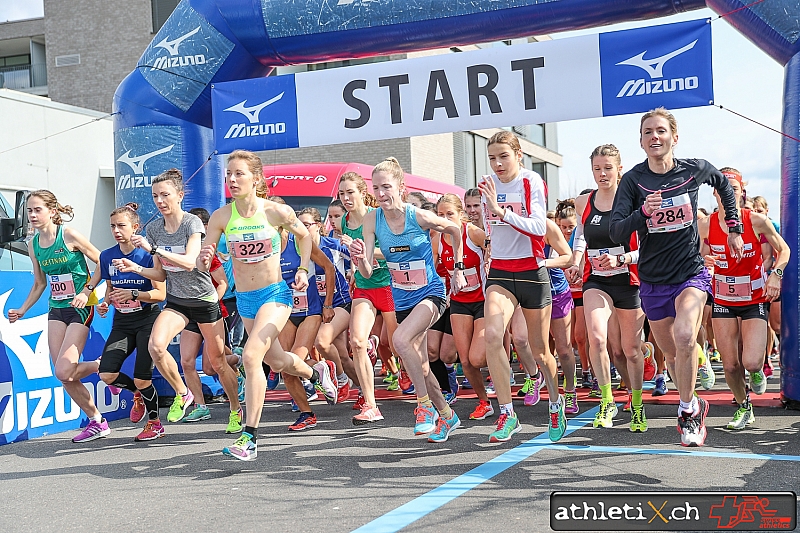