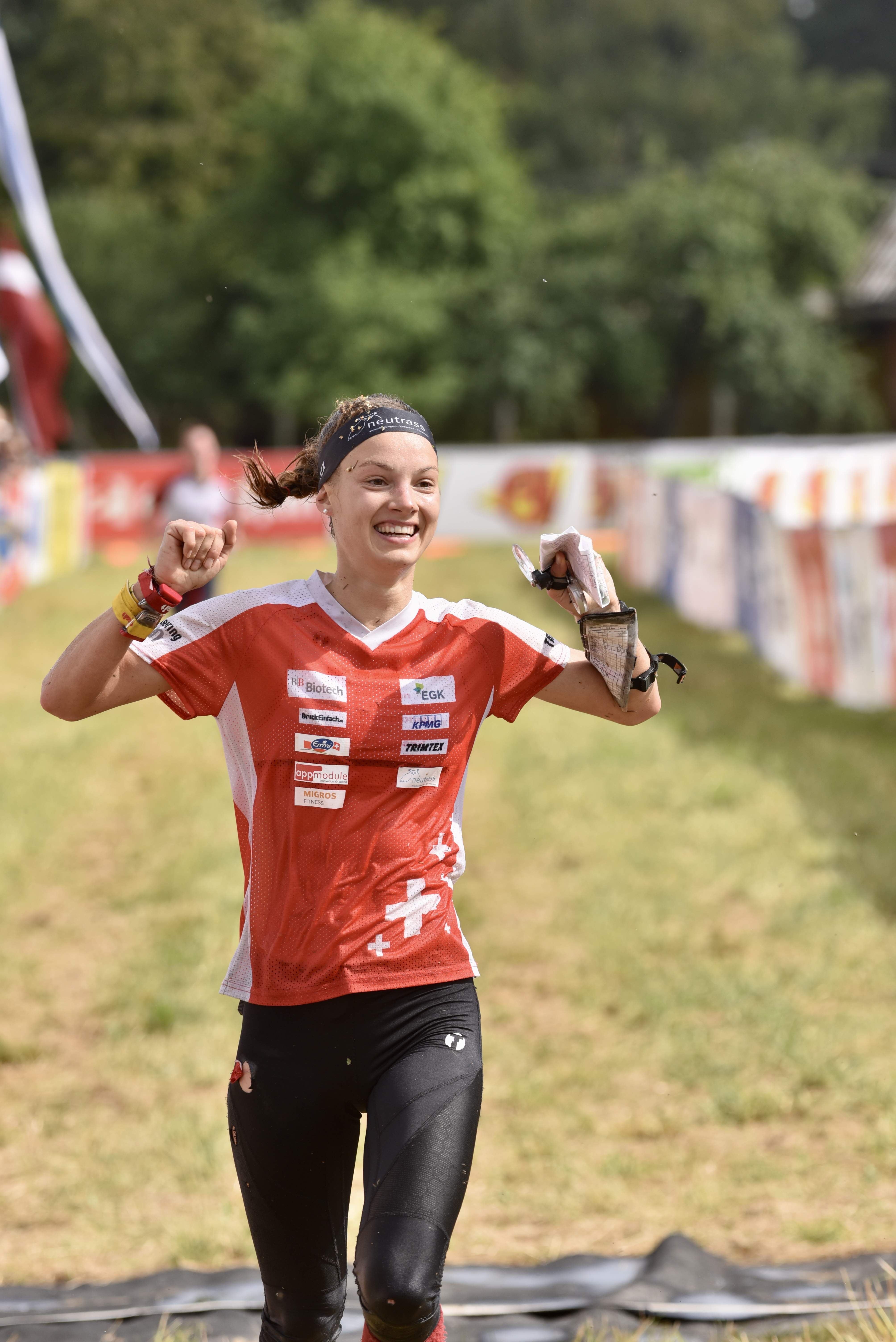 It’s been a long time since I last posted something here. But whenever there’s nothing on my webpage, there’s usually more stuff on my Instagram page. So a lot has happened and I will summarize the different events as shortly as possible.

As I already mentioned it in the last post, I got infected with corona in the beginning of last February and this time it also affected my calf muscles. The doctors and physios had to fight against some nasty stiff muscles (which caused a lot of pain when running) for almost half a year without having any explanation for why they suddenly got that bad and nothing really helped. After World Cup in Borås and struggling for a long time with also my shape because I couldn’t train how I wanted, it finally got better and I started feeling joy again when running. What a feeling to run when nothing hurts with every step you take, I had almost forgotten how that feels. This was a few weeks before WOC in Denmark, which was my biggest goal this season. And just one week before WOC, the shape suddenly started to get better a lot every day. I could run a good first leg on the sprint relay, run my first full K.O.-Sprint this year and finish 5th (which was a bit disappointing at first but only a few weeks earlier I wouldn’t have thought about even qualifying for the final) and win my first sprint medal at WOC (silver). Here I would like to thank Jonas, my physio for being so patient with my calf and for doing everything he could to make the pain less. I would also like to thank Physio Cedi for fixing the calf again and again at World Cup in Borås where it wouldn’t have been possible to run without it. Thanks also to everyone else for enduring me when I was in a bad mood or not motivated to train at all (which resulted in a bad mood again). I really appreciate it! 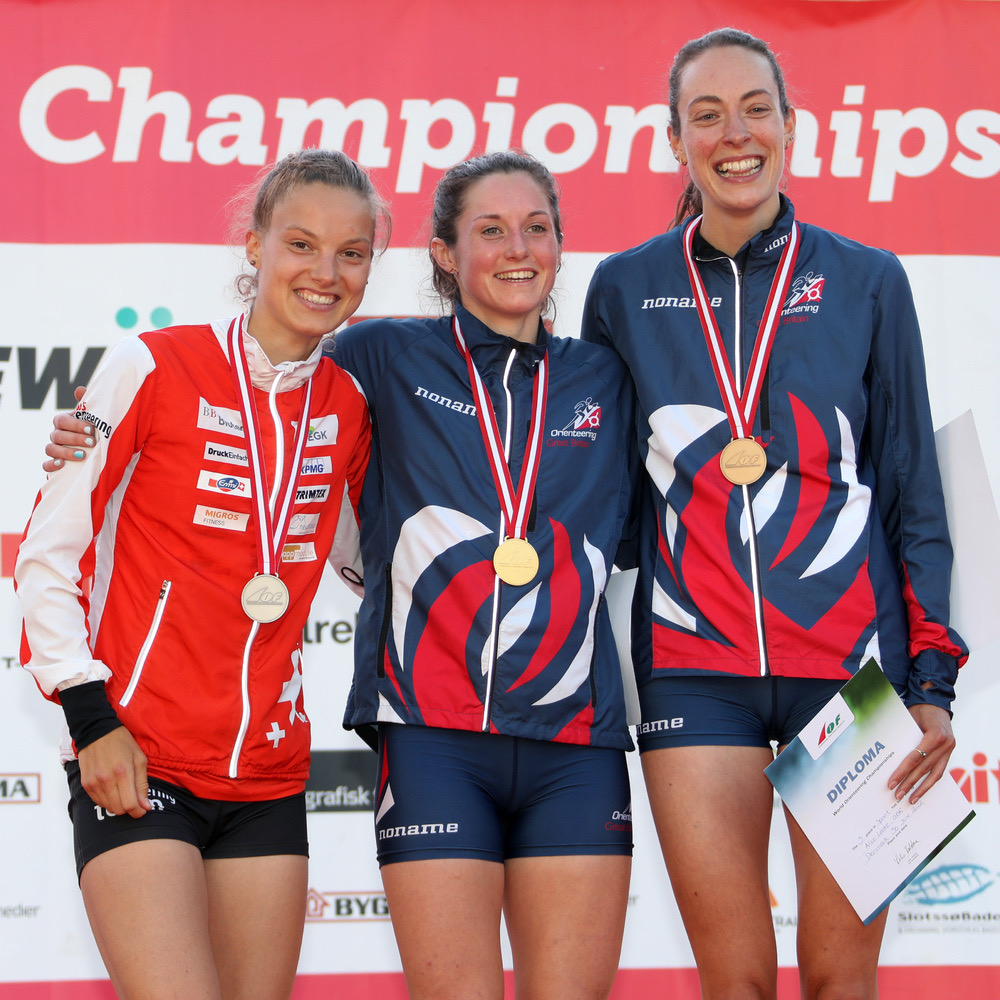 So now to the forest stuff. As there was no time to visit Estonia before WOC, I went there right after to get the best possible preparations for EOC some weeks later. I was quite desperate after that week, because first I could never find all the controls in the trainings, second I didn’t understand the maps at all and third, got some pain in the hipflexor from not being used to lifting my legs anymore. Luckily I had Kasper with me who made sure that all of that didn’t feel that bad ;) Almost straight from there to the World Games in the USA (“olympic games for non-olympic sports), where I got some self-confidence back with three gold medals (sprint, middle distance and relay) in three close to perfect races in the extreme heat and humidity. A great experience also apart from sports! 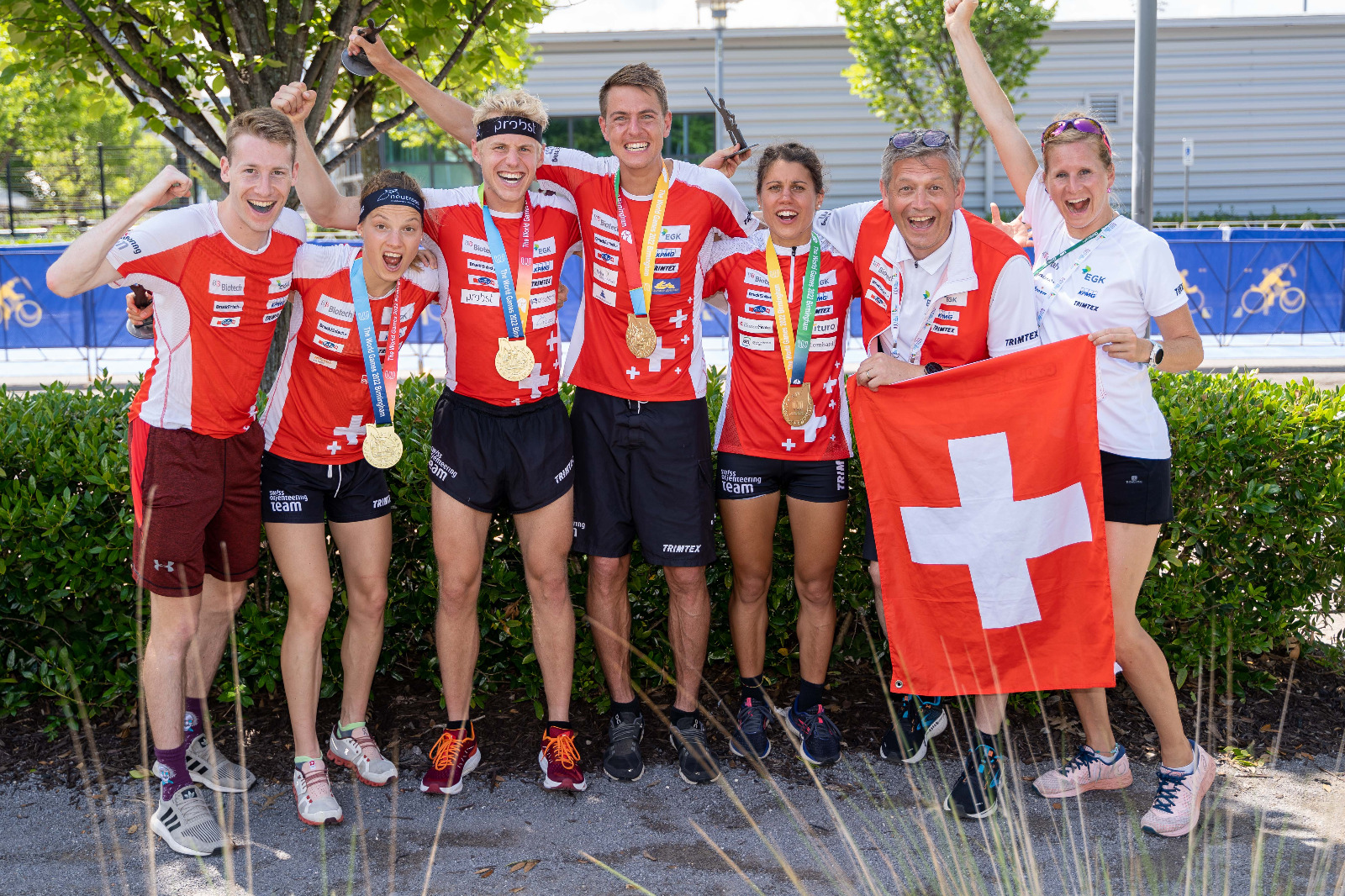 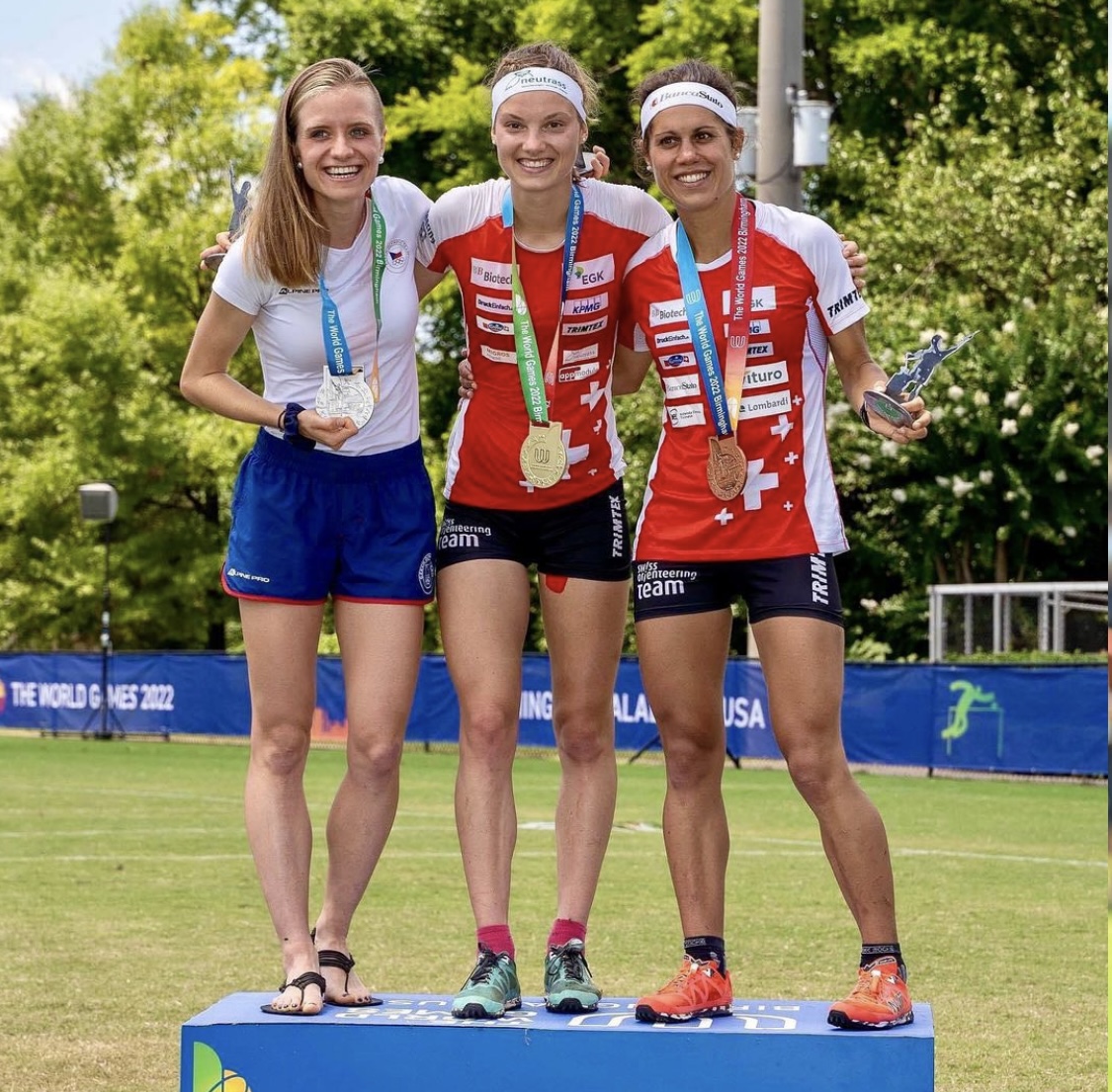 Back in Switzerland I packed the bags again for Estonia to get as many trainings as possible on the new maps, that were made for the official selection races there one week earlier. It was a good choice as I finally understood the maps and realized that this could be my terrain. Mostly bad visibility/runnability, slow and really tricky. Unfortunately I ran quite bad on one of the last trainings which was quite relevant for the middle distance qualification which resulted in almost not having any self-confidence at the qualification race. When I stood at the start, I had no idea how I should manage to orienteer in that forest and the bad feeling remained until the finish. It resulted in a pretty good and clean race because I invested so much time in checking everything I could to be sure I found the next control. I thought the good result could bring the confidence back but it didn’t really.

I could focus quite well on longdistance, though and could run pretty well there except for one big almost 9’-mistake that destroyed the good work. But also besides that mistake, I didn’t always run how I should have and lost time being inaccurate. It felt like a nightmare when I crossed the finish line in 14th position but maybe it was exactly what I needed to refocus again and think about my whole orienteering. I sat down as soon as we got home from the race and began to work at a game plan for the middle distance final. It took some time but late in the night, I finally had my plan and knew what I had to do to win the middle distance. It was a good plan and I suddenly had all the self-confidence back that I needed. I knew that if this works out, it can be something good. And that’s why I think the bad long distance was the key to success, to resettle and to do everything I could to get back stronger. Some time loss at control 12, where I ran way too far to the right and ended up way too high but otherwise a quite clean race and a great feeling. I couldn’t believe it when I heard the speaker in the arena. It had been so close several times, especially at WOC 2019 where I was only 5 seconds away from winning gold and it feels better than ever to finally get my shit together and finish a clean race. It’s been a dream to win this medal since I was a little girl and that it finally worked out is just amazing. During the past year I began to ask myself, if I was able to win gold once and what I do wrong, that I always end up making mistakes in the end that make it impossible to win gold. What a feeling to finally win a middle distance gold medal for Switzerland again after the last one of Simone in 2012. I guess I had never been so emotional after a race but I couldn't hold it back anymore. This title means a lot to me and I will keep working hard if not harder to finally win that WOC gold medal as well on home ground 2023.  The game is on! 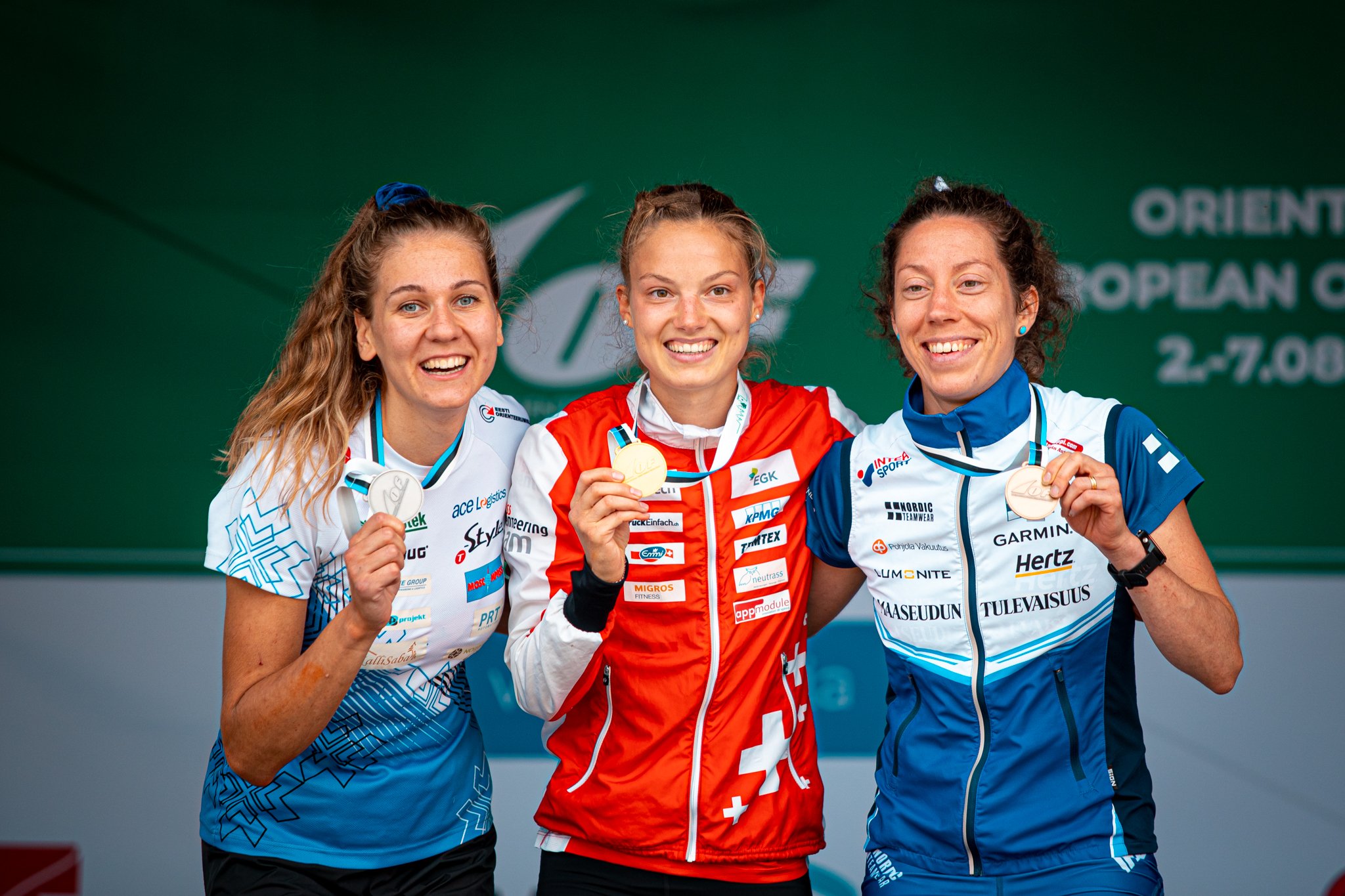 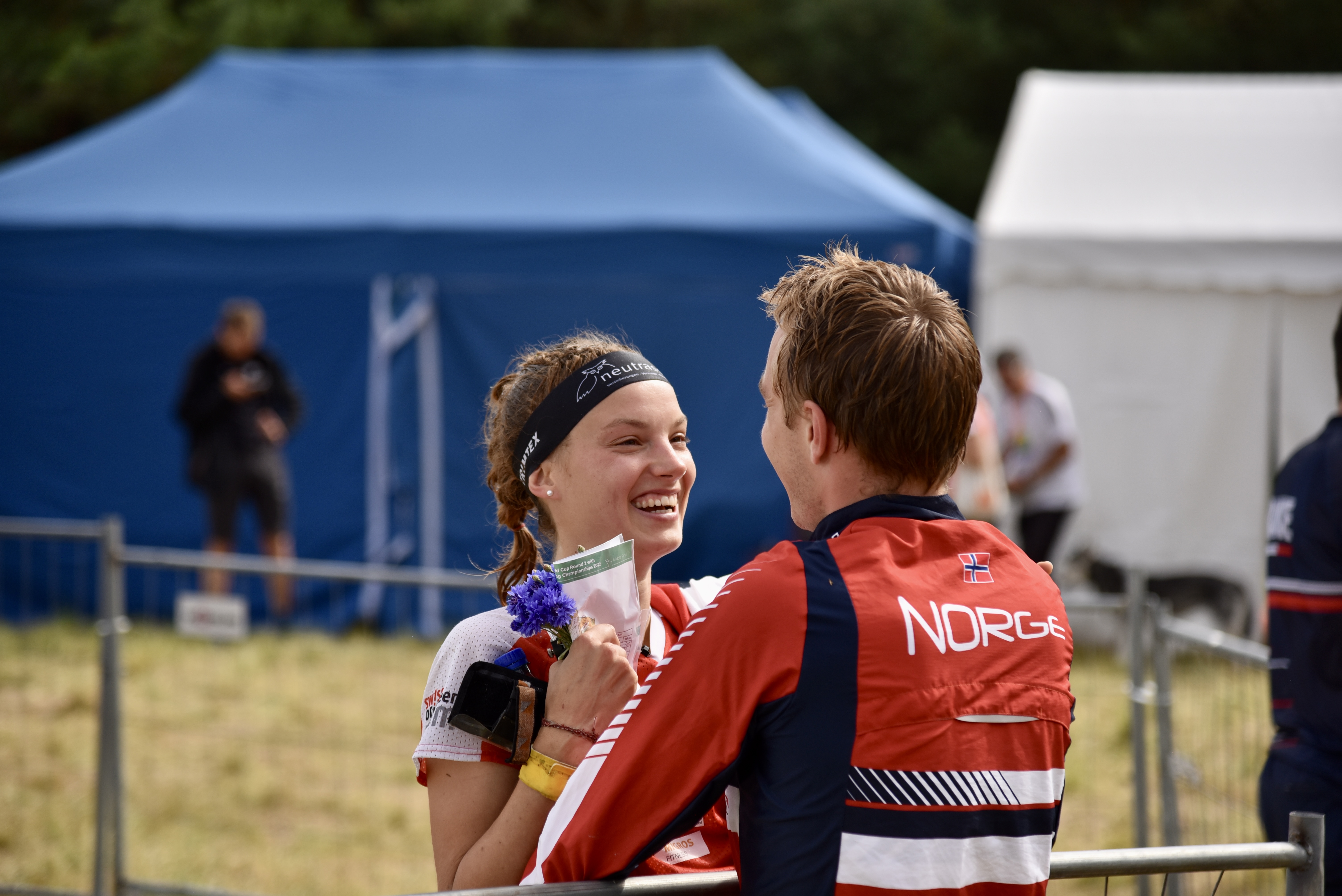