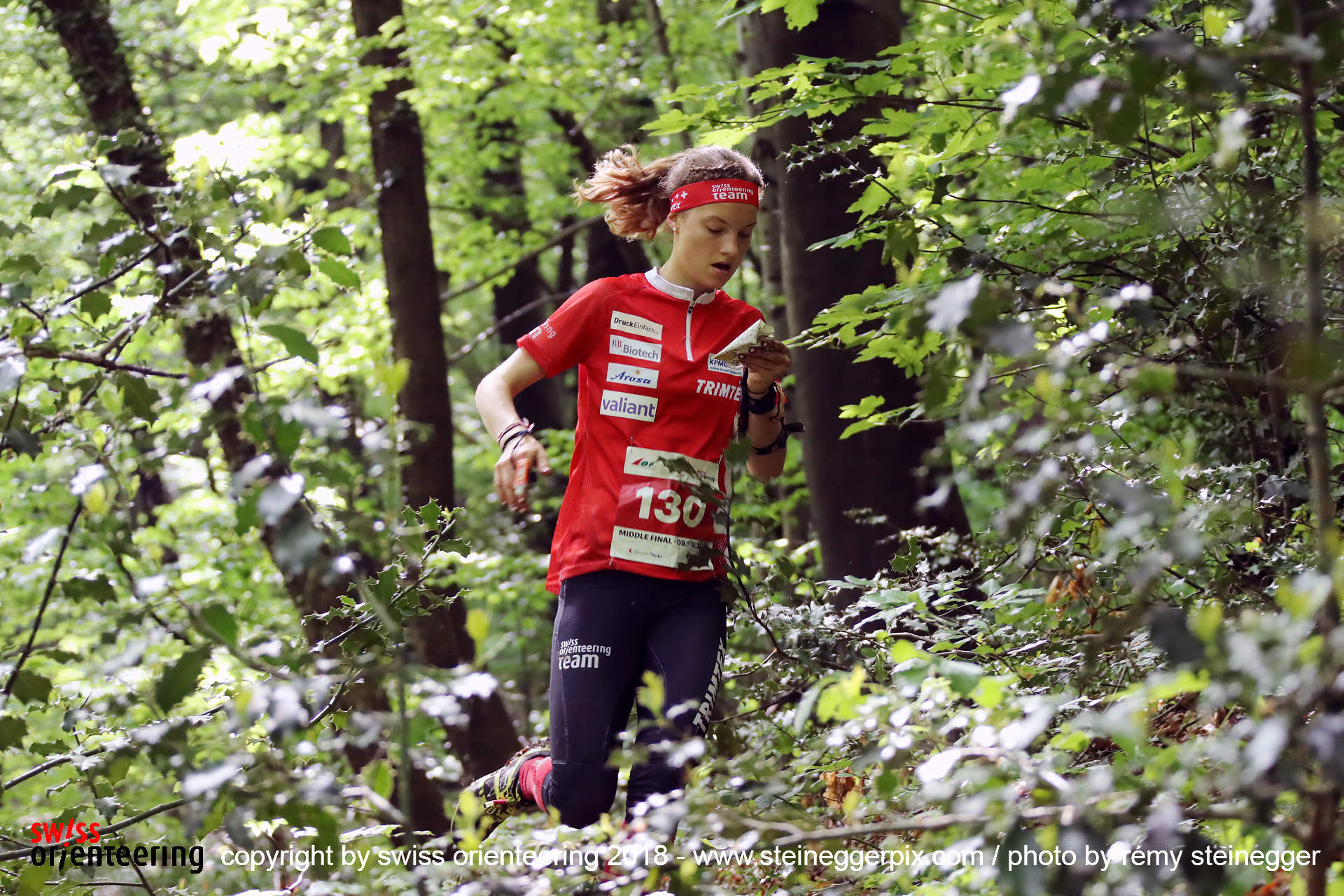 How I missed those good days. Those days where you just have the feeling of too much energy and of being able to sprint through the forest without thinking of anything else (for example if my leg can handle the load. During the last almost three months, exactly this energy was missing and I never felt the good shape of EOC coming back. But now that my leg has finally recovered from that stupid high jump and I have been able to train normally for almost three weeks now, I can totally feel the energy coming back.

After JWOC I had to stop running completely for one week and then fought myself back to running during the next 3 weeks. The first run without pain just one week after JWOC was great, even though it was only for 15min with always 1min rest after 5min. It was hard to run for only like 15min and then switch to the bike for the rest of the training because it would have been too much load. After three weeks, I was ready for normal 1 hour running on soft ground again. I lost a bit of my running speed with those four weeks of almost only cycling, but in return I got much faster on the bike ;) The worst part were the intervals where I felt like dying at the beginning but it was also the most satisfying thing to feel the pain of hard trainings again!

The two competitions in Engadin last week with the Long Distance Swiss Champs in Ftan on Sunday were not like I had wished for. Maybe the energy was not there to push in the slopes or it was just the long break of orienteering which didn't make me feel the normal feeling of orienteering. It was nice and I had so much fun on Saturday, but there were definitely too many mistakes and too low speed to fight for a good placement in the elite category. On Sunday my legs were so tired, that I felt quite slow and after all I also got a branch in my eye at the 8th control and couldn't see very well anymore after that. However, the race was then not as bad as my feelings were, on the opposite, it was very good, except for the mistakes. There were many positive things to take with me. And luckily it was not only enough for the victory in D20 but also enough to qualify for the World Cup in Norway! 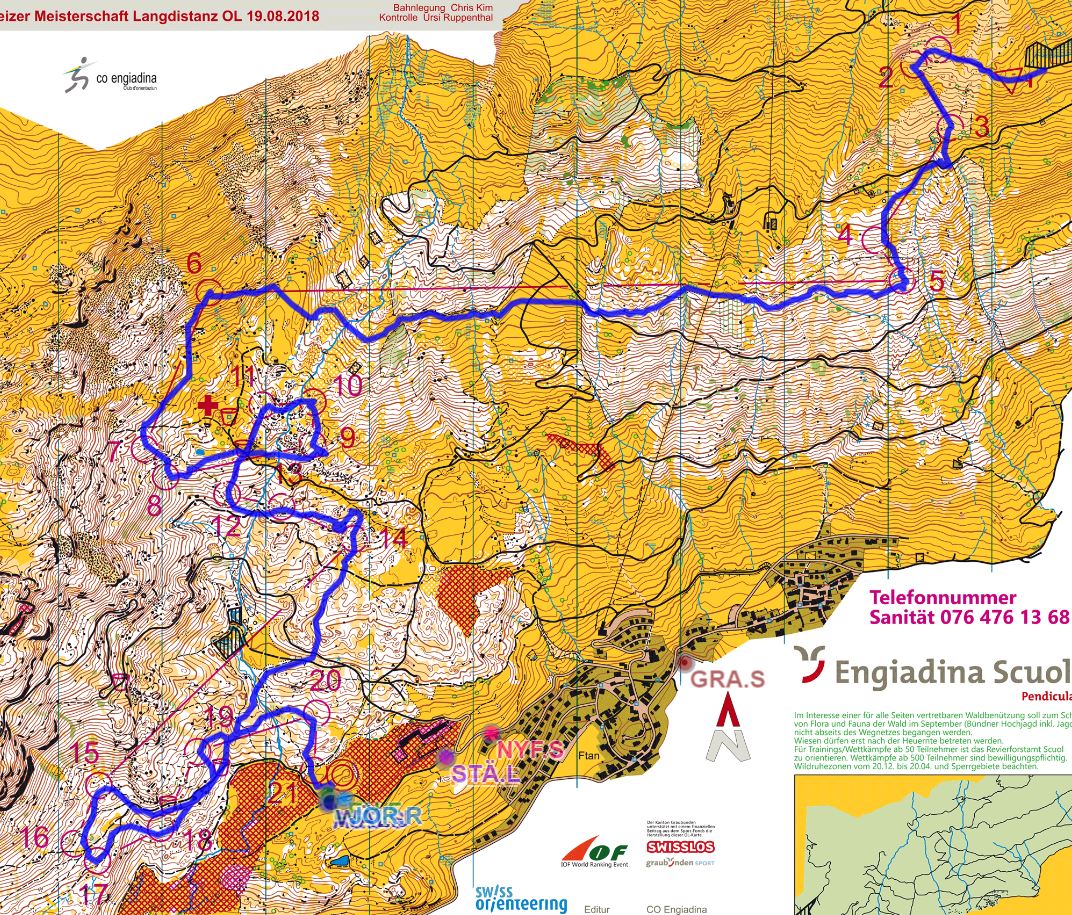 
After one hard week in Magglingen with the J&S Coach for school sports and training (I guess the only rest time I had was sleeping, eating breakfast, lunch and dinner, the other 10hours of the day I was either running, dancing, cycling or just walking around) , I was more tired than ever (I almost fell asleep in the last bike lesson on Friday…). But I guess the more tired I was, the more energy came back! At least I felt like I had way too much energy today…

I could feel that it was going to be a good day at those Middle Distance Swiss Champs, as the energy was definitely back already on the way to the start. I guess the problem today was more to concentrate on my race than to push really hard. The physical feeling was good from the beginning and I could push hard in the slopes. After a great first part of the race, the last part was not that good anymore, with some hesitations and small mistakes. But it felt so good and I am so happy with the whole race and the 1st place in my category which would also mean the 2nd place in the elite category as we had the same course. 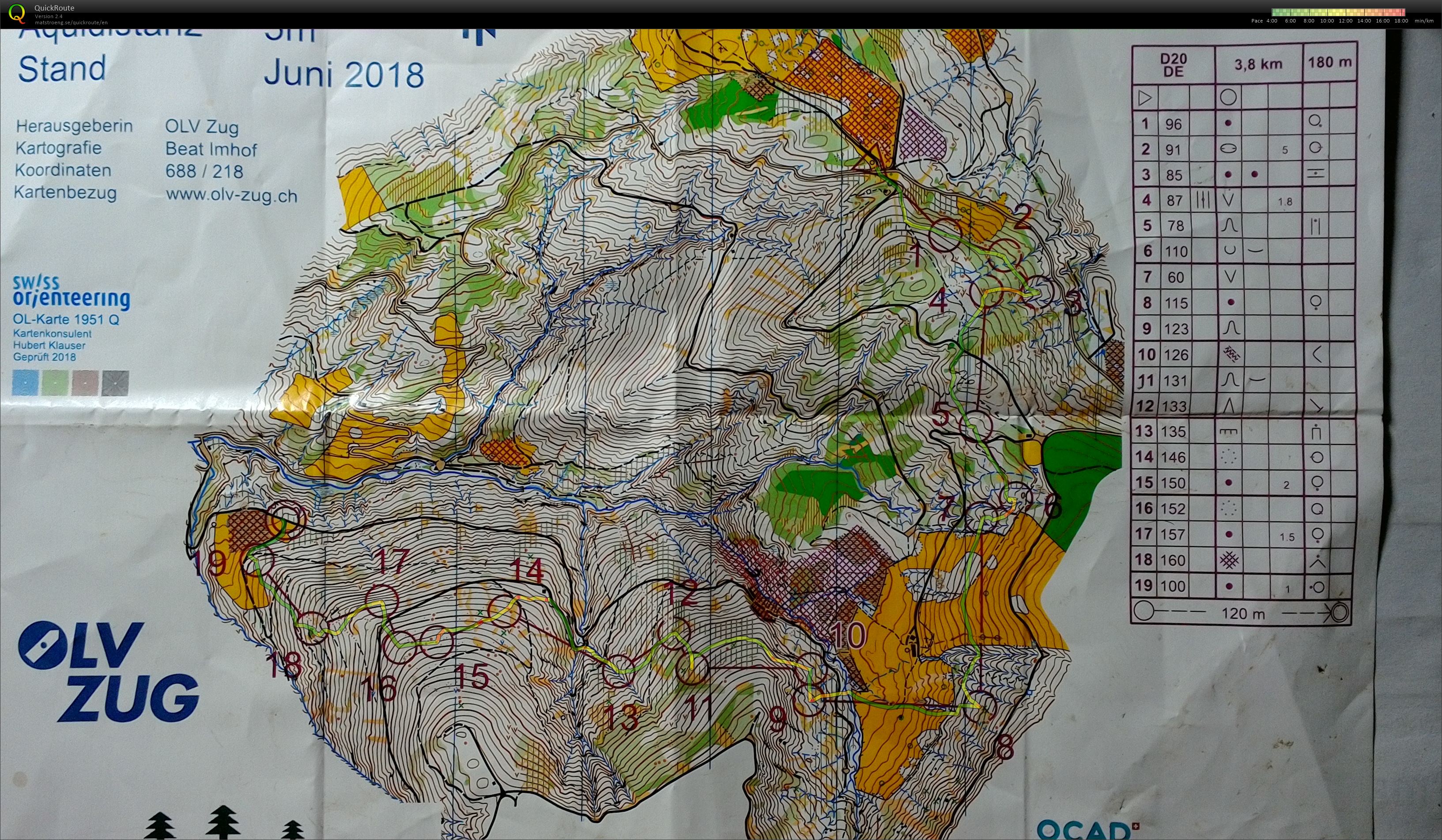 After this race, which showed me that I am again able to compete the same way I was used to before the high jump injury, I am totally ready for my first World Cup where I'm going to compete in Prologue/Pursuit and Relay. I'm looking forward to great competitions, a nice time in Norway with the elite team and to so many new experiences to make, which will help me to get closer and closer to my dream of a WOC medal once in the future!