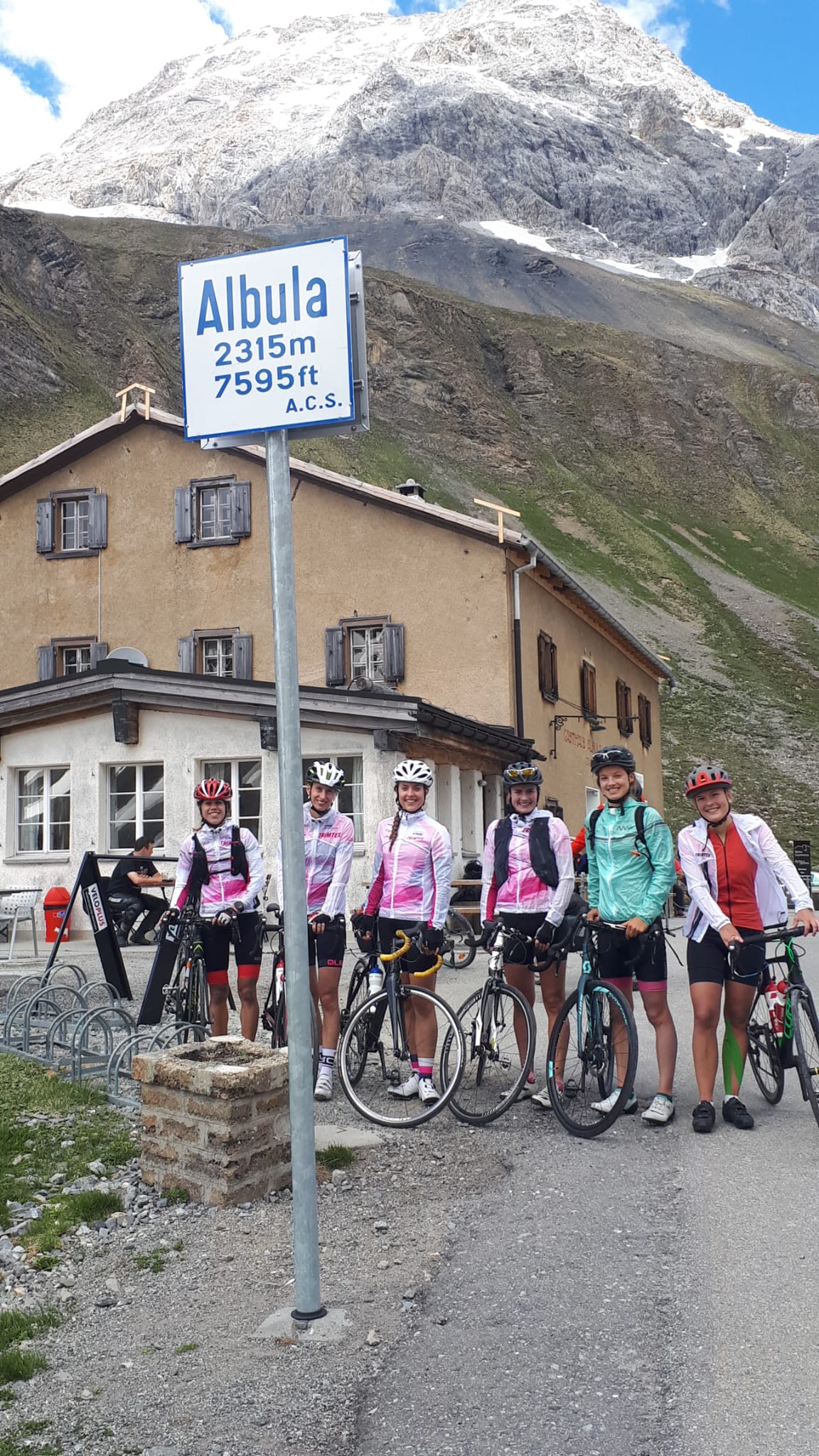 3000m, mountains and lots of learnings

It was definitely not an easy period from March until now. The restrictions in Switzerland meant that I mostly had to train alone, which I’ve never liked that much. But I found my way to deal with it and I have to admit that it wasn’t that bad after all. I found out how to do lonely intervals and enjoy it (music and a nice route is the solution and I stopped laughing at people training with music ;)) and learned also a lot of Norwegian words while running and listened to lots of podcasts.

So there are definitely some learnings to take with me:

·       Running with music is not as bad as I always thought!
And I also realized, that we have pretty nice forests in our region (especially in spring time). I completely left out the sprint trainings, trained less in the forest and swiched the focus to running instead. Let's see if it pays out ;)

So training wise the last months were quite productive. I didn't have to travel to Bern to attend lessons at university every day and could mainly focus on training. The lessons were held online and for example instead of attending swimming class once a week we had to hand in explanation videos. And the exam I actually thought I couldn't write because of the training camp in St. Moritz was quite easy to write as it was held as an online exam finally. Lucky me :P

And amongst other things I managed to convince myself (or maybe rather others managed to convince me ;P) to run a 3000m again after 3 years and try a new personal best. The goal was to run a sub10 time, I finally reached 10:03 (or something around that as I measured the time by myself and was a bit too exhausted to press the button when I crossed the finish line...). My brother did a great job pacing, so it was also thanks to him that I beat my personal best from 2017 by almost 20 seconds. A good feedback after more than half a year without any bigger competitions. Let's see if I can reach that sub10 time soon :) 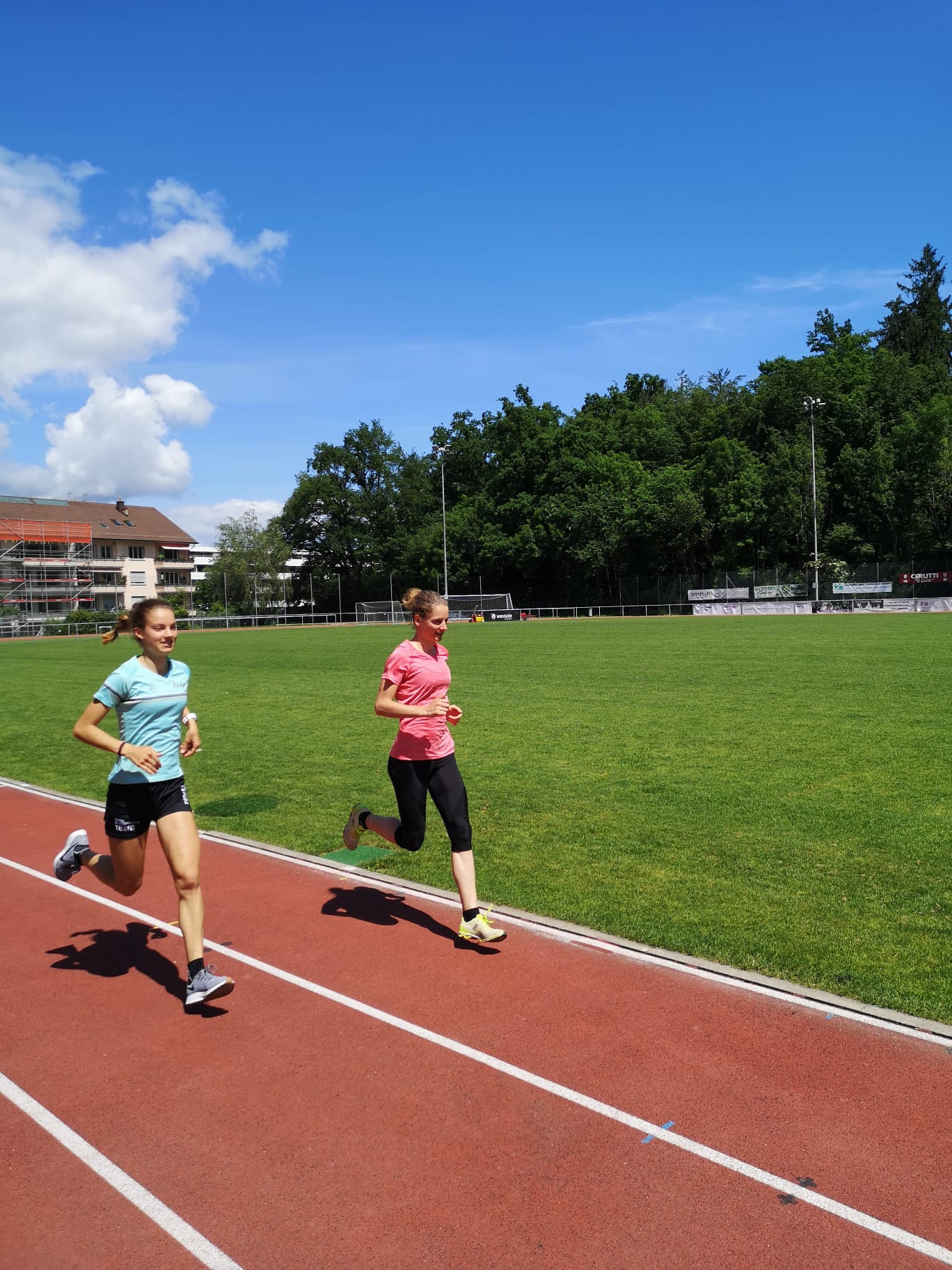 But the thing I missed the most was the social aspect of life. And I’m more than happy that I got that back now here in St. Moritz, where I spend four weeks with almost the whole national team. Living together with some friends in an apartment just next to the track and being able to train in so beautiful surroundings is definitely one of the highlights of this season.

The training camp started off with a beautiful long run along Via Engiadina from Maloja to St. Moritz with two national team friends. The next day I cycled my first two Alpine passes together with the Flying Swiss Girls. First up to Julierpass, then down to Tiefencastel to climb again 1500m up to Albulapass. The last climb back to St. Moritz almost killed me but I’m definitely happy that I did it. Again, something I would not have done if there hadn’t been any Corona. 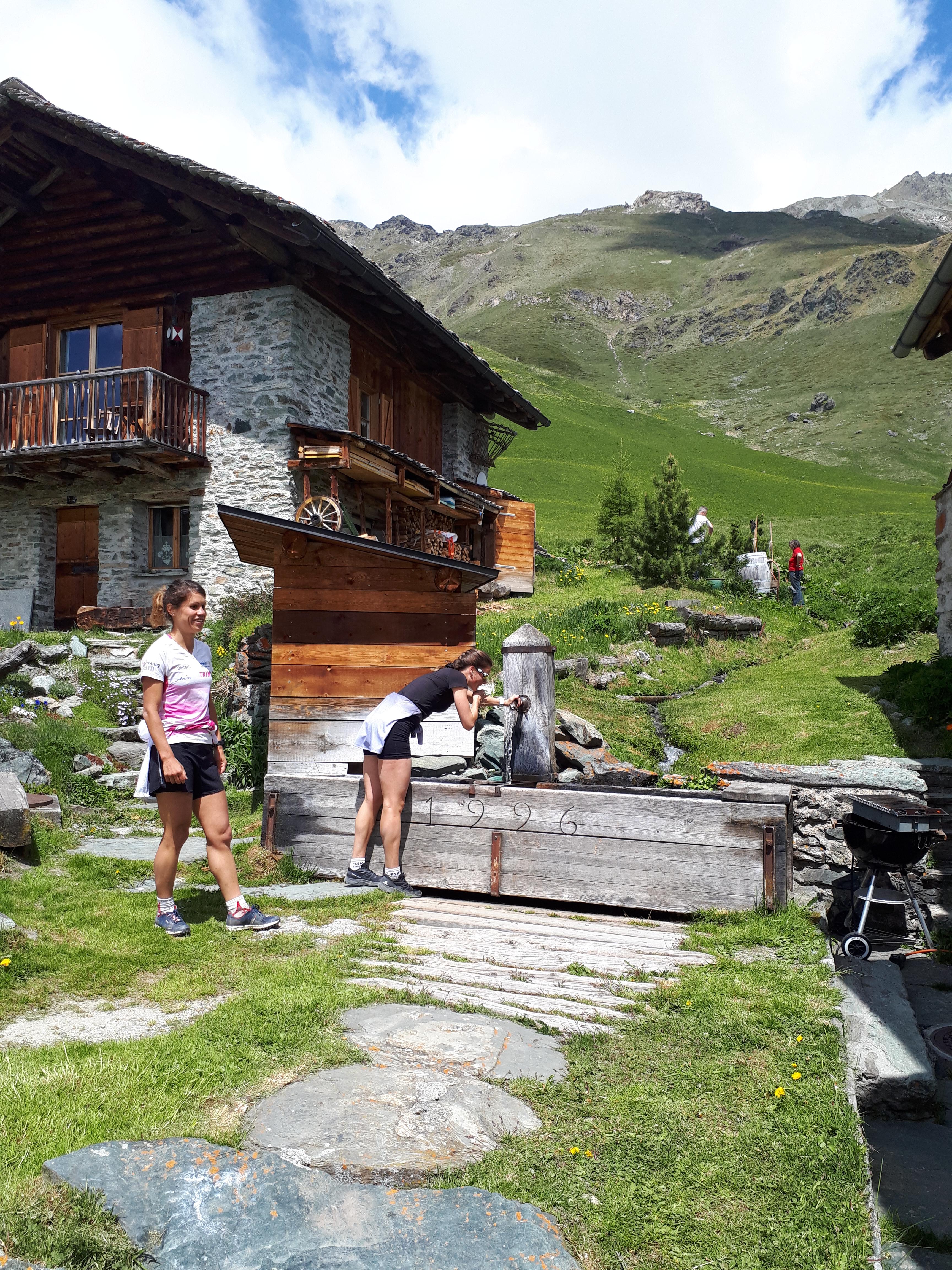 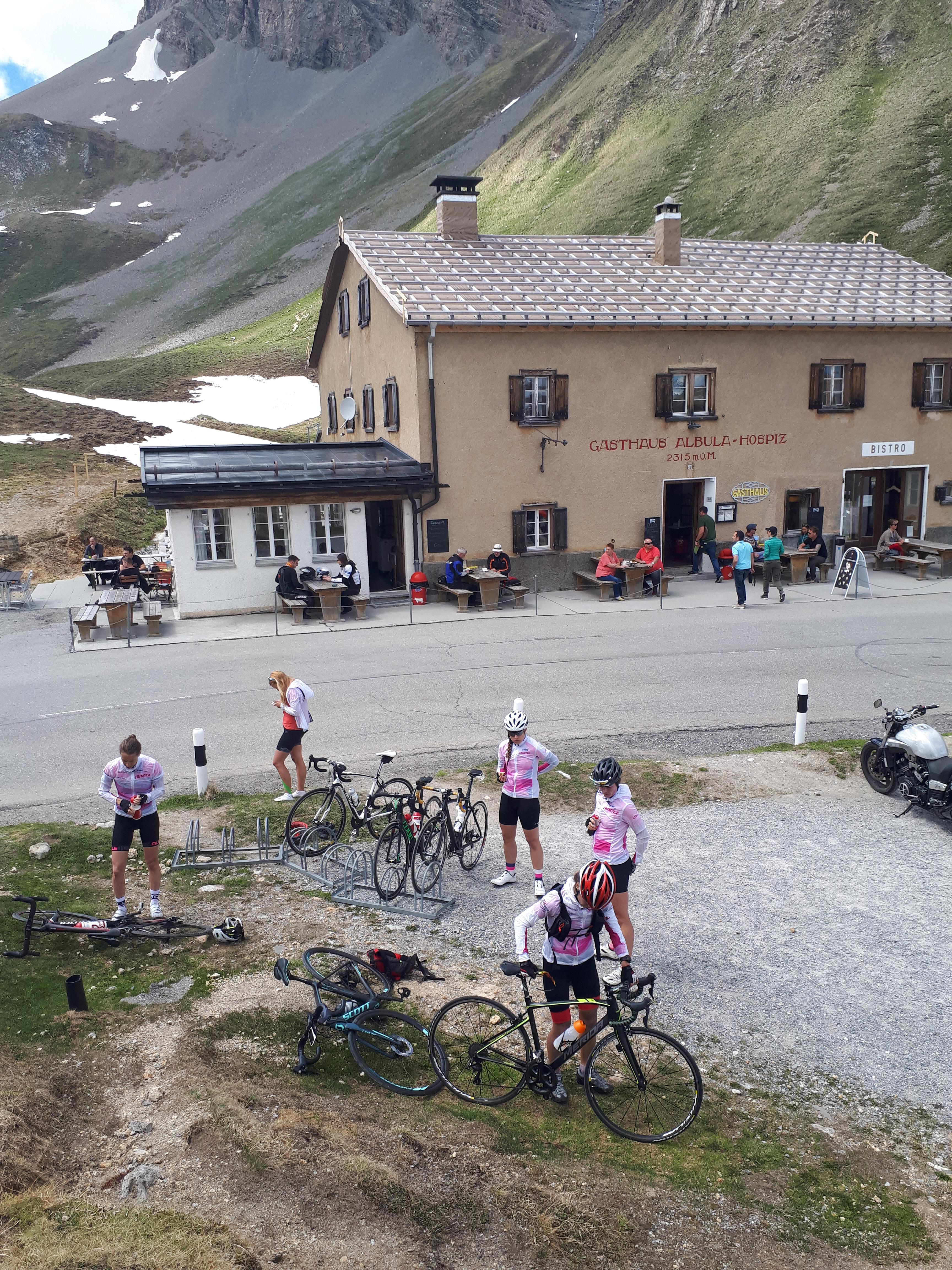 After one week acclimatization up here on 1800m above sea level, real training had started again. Two weeks ago, I did my first fast Sprint session since March. It was great to freshen up the sprint technique even though I misspunched one control (for maybe the second time in my life ;P). I saw that there’s a lot of work to do but there are going to be many nice sprint sessions the next weeks, so lots of time to work at that. Nice orienteering terrain, nice training company and the best playground an orienteer could wish for! Only the weather hasn’t been that great but if that’s the only negative thing, I’ll take it!

And this weekend we finally have some real competitions in sight with “La Chasse Neutrass”. A middle distance in the same terrain as JWOC Middle distance 2016 on Saturday and a Sprint race with Qualification and Final on Sunday. Let’s see if I can do a race as clean as the one in 2016 in Susch-Lavin ;) 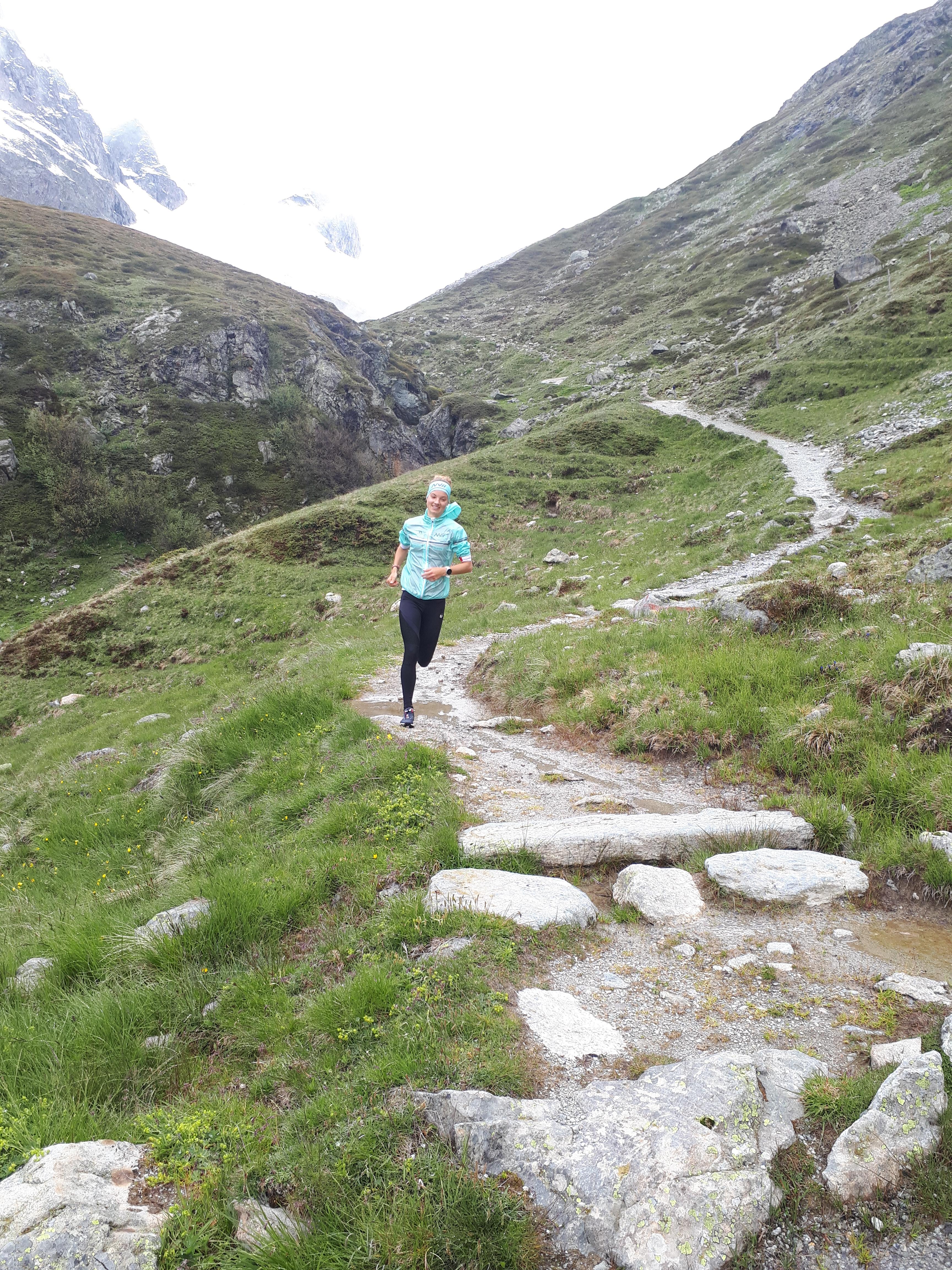