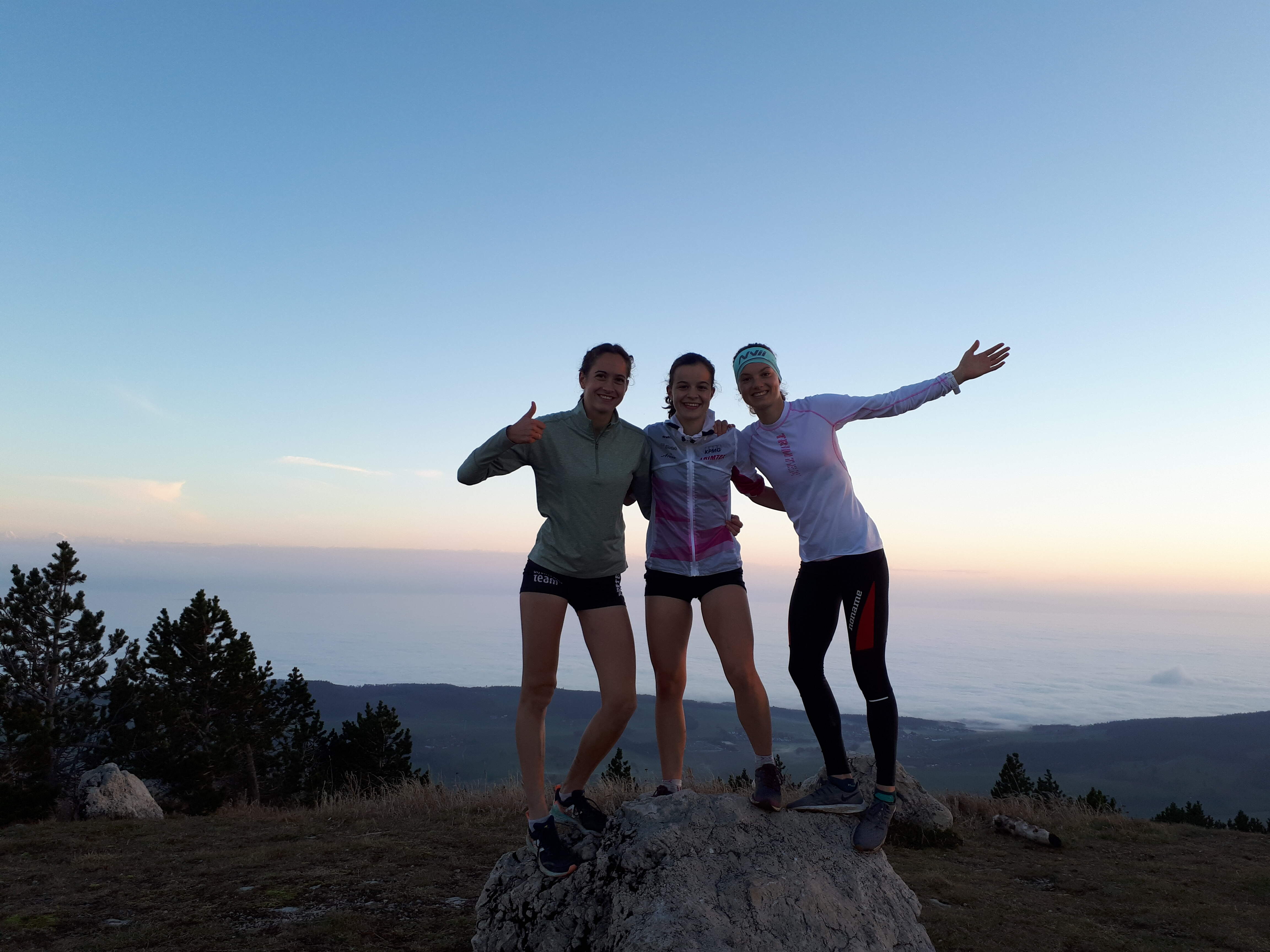 It has happened a lot since the last post here. With the training camp in Gstaad in August, I kicked off the running training again after the injury. Since then, I could train without any limitations and enjoyed the nice autumn colours in the forests.

Two weeks after Gstaad we had the first two selection races for the later cancelled Euromeeting in the mountains of Ticino and Luzern. Unfortunately, the weather was really bad both days, but I could win both races, what was a great confirmation of my shape. Good to see, that I was back there (or at least not far away from) where I was before my calf problems! And good that I survived the quite rough conditions at Grand Slam, where little streams became torrential rivers ;)

Only one week later, sprint legs were needed at the two Sprint Swiss Champs in Frauenfeld and Kreuzlingen. Not my strongest discipline and the reason why I was quite nervous before the start. After all I was still running for the Grand Slam Jackpot (you can win a lot of glory and money if you win all Grand Slam races in a year)! And I actually really managed to win the Sprint Champs for the first time in the elite category! A successful weekend with a bronze medal at Sprint Relay Swiss Champs (together with my club mates Fabian, Silvan and Kerstin) and gold at individual Sprint! 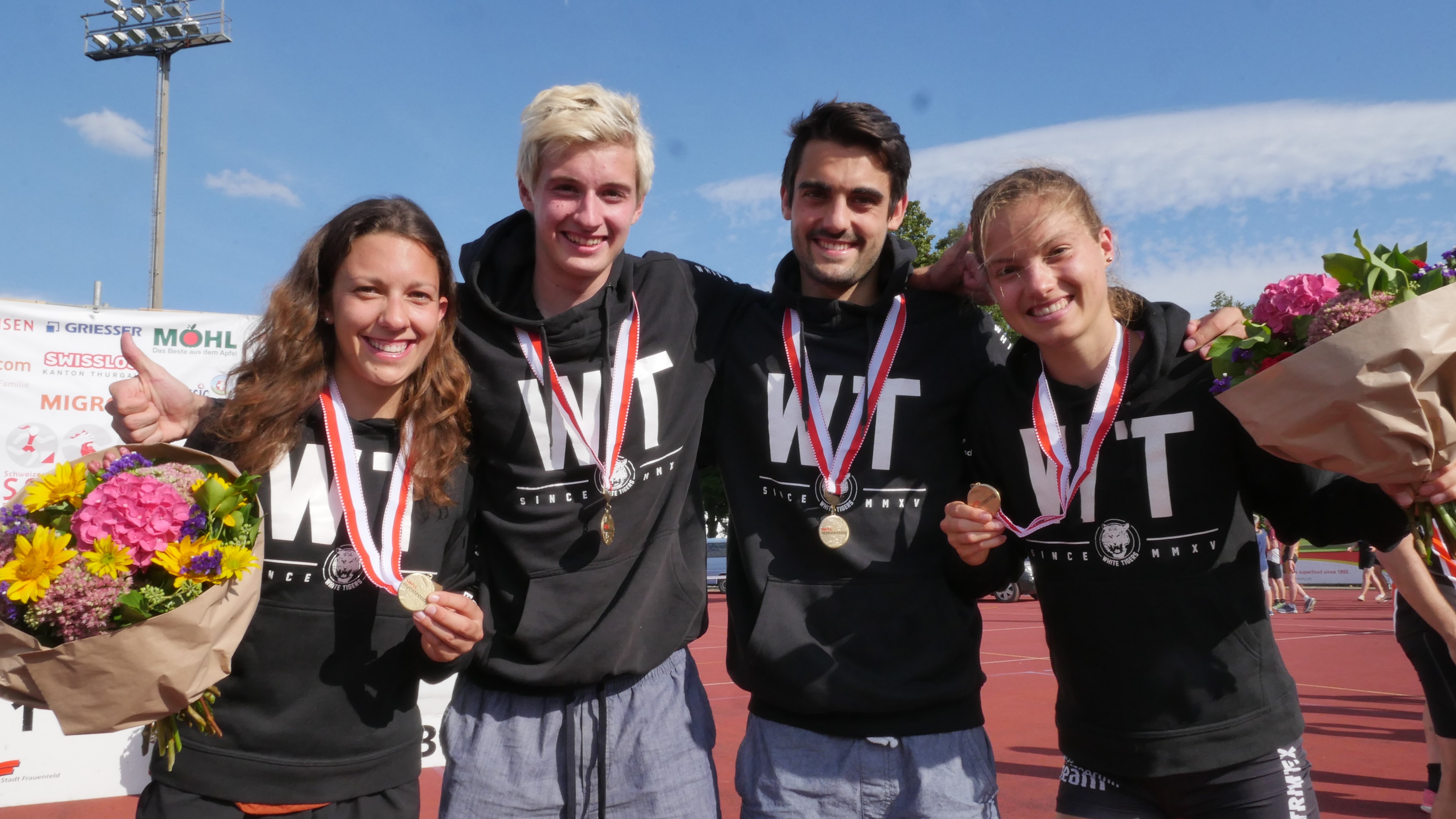 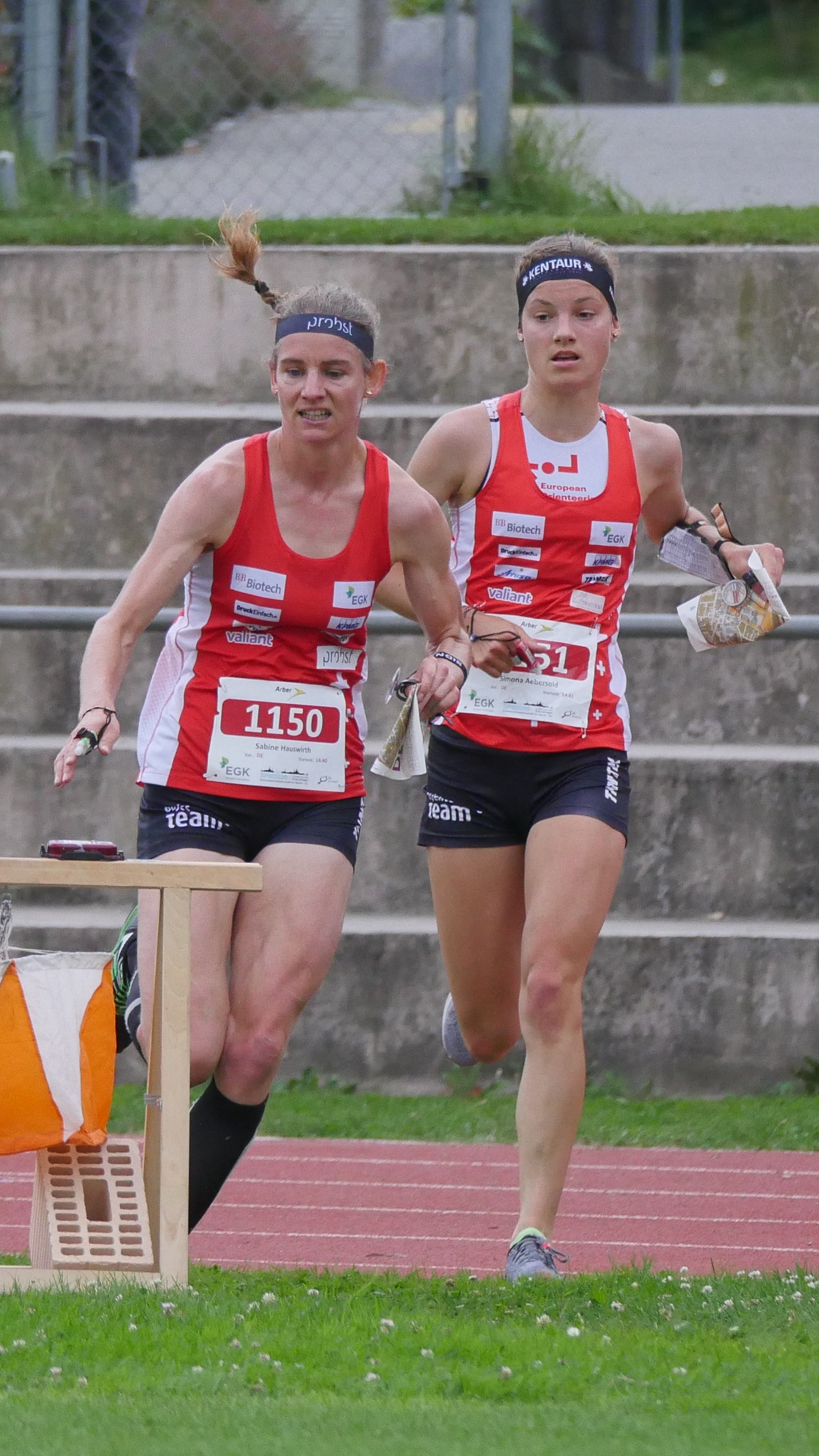 Again one week later and with quite hot temperatures I tried to continue my victory series and get one victory more on the way to the Jackpot (which I knew, was almost impossible to win, but as I was already there, I had to try). Unfortunately, it was not the best day for me physically and I made too many mistakes to take the victory. Sabine Hauswirth ran a very good race and secured herself the victory 6min ahead of me.

A few days later, I found myself in a car to Czech Republic after a spontaneous decision to go on a training camp together with Riccardo and Noah, two national team friends. It was the best decision to go there, as it was the last possibility this year, as we later learned. We also took part in Czech Long Champs, which was the only “international” competition for me this year. But nice to see that my shape was good enough to (unofficially) win the race! There's still a whole lot to work at until next summer but it was a good start into Czech21-training. 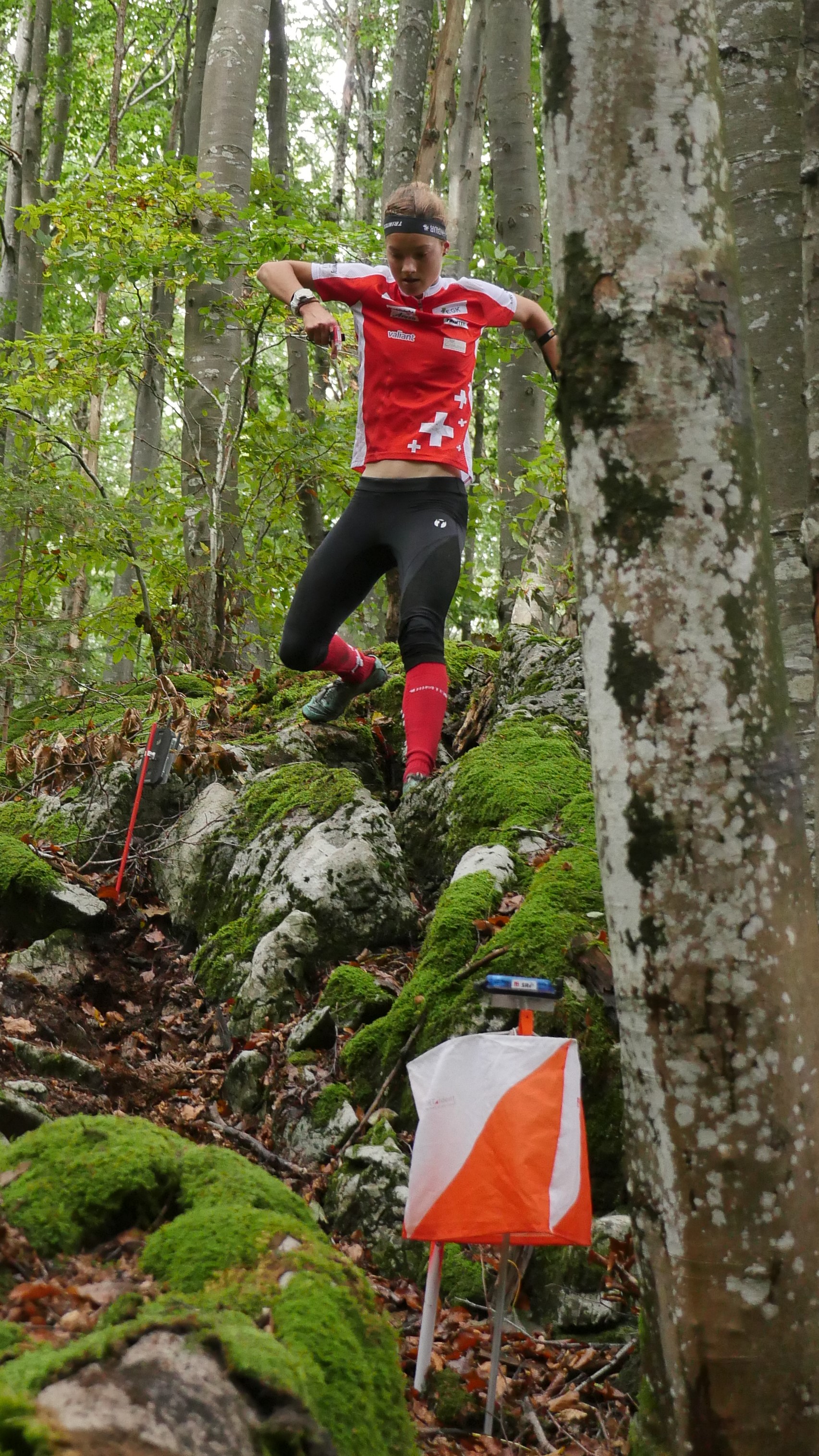 Instead of going to Czech Republic, the national team coaches tried to find some “Czech” terrain in Switzerland. And they did pretty well! 5 days full of quality orienteering between rocks, cliffs, in the mountains and around the city of Luzern. It had been a long time since I last did that many fast orienteering sessions in 5 days and I enjoyed it to the fullest (even in the rain). And I finally got to orienteer in one of the most challenging terrains (and most relevant for Czech Republic in my opinion, too) in Switzerland, in Atzmännig. A good training week despite the restrictions! 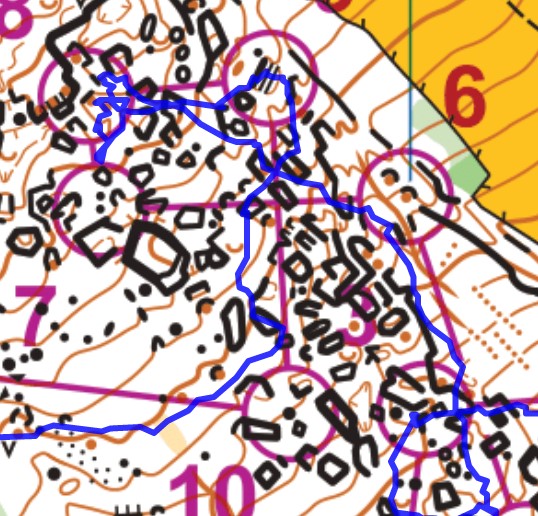 “In the army now”

One week later, the new chapter in my life finally started: I enlisted for military service! Not a normal military service but 3 weeks of a very easy military program and after that basically 15 weeks of training and the best support we can get. Together with my two teammates Sofie Bachmann and Paula Gross, I live in Magglingen until March, where we train, eat and sleep, and where we get the best support for our carrier (massage, good food, financial support, good training environment, coaches, doctors, physios etc.). It’s great to get to know so many athletes from different sports here in Magglingen! A big thanks to Armee Suisse, who gives us the opportunity to fully concentrate on orienteering! 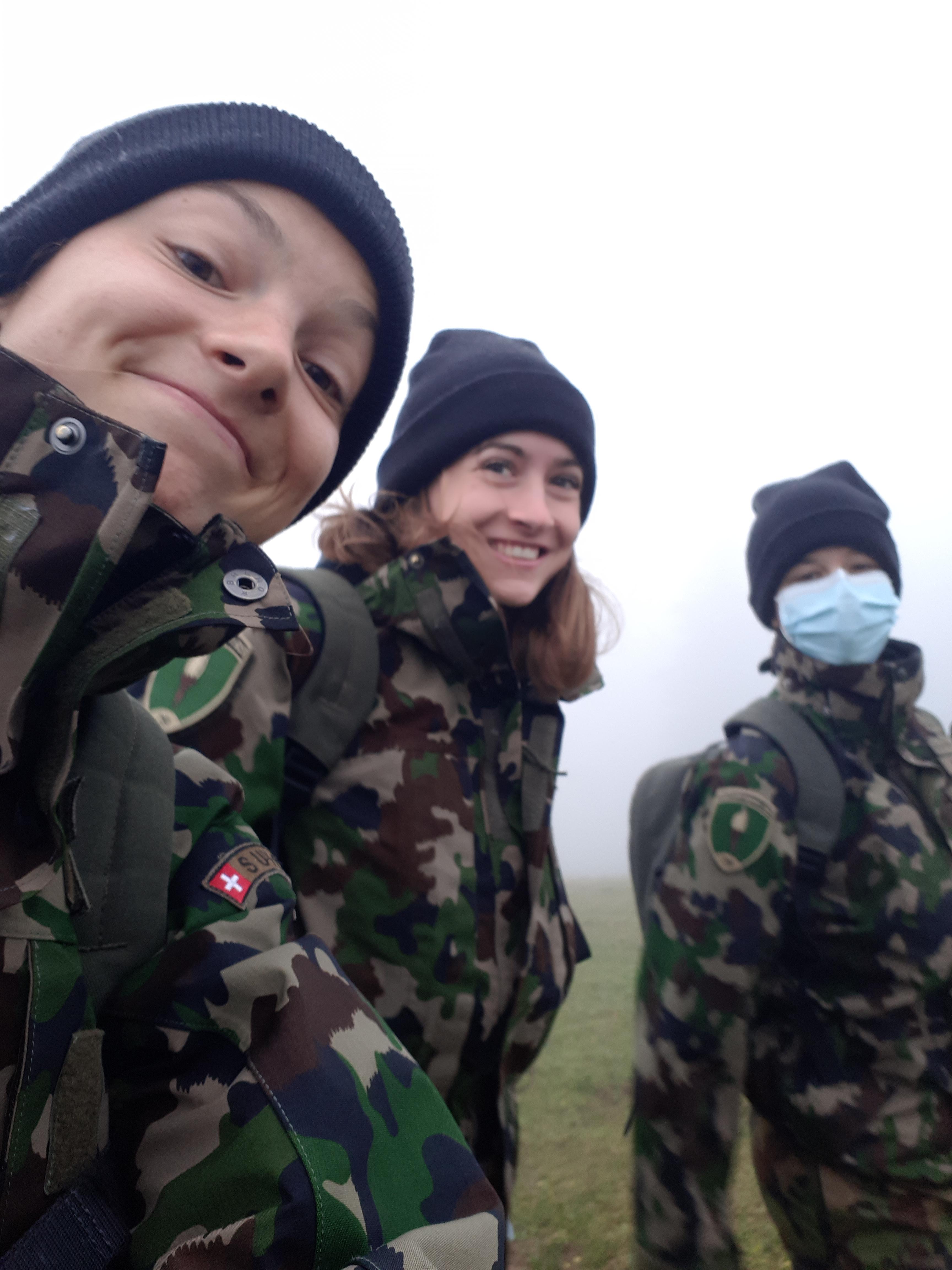 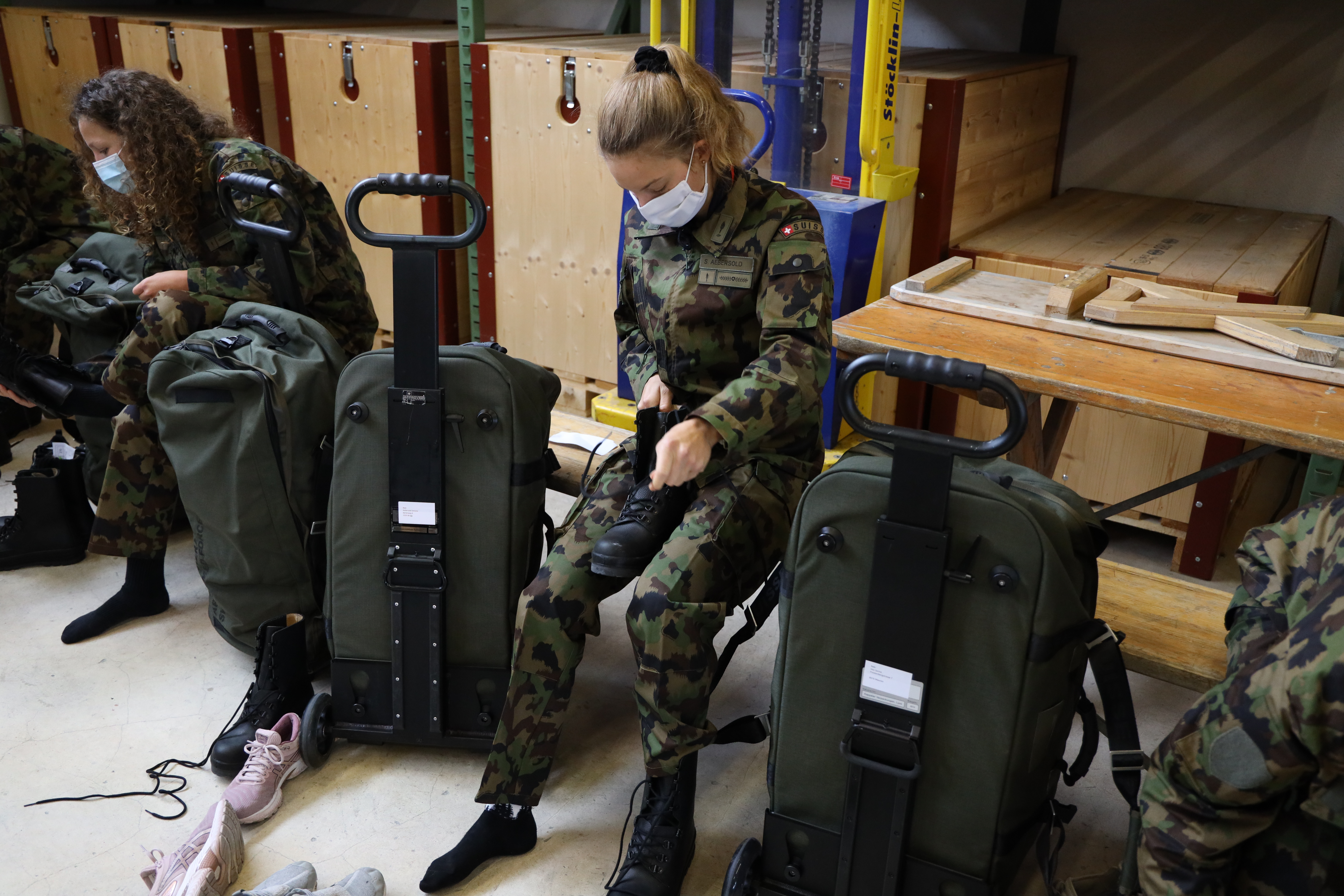 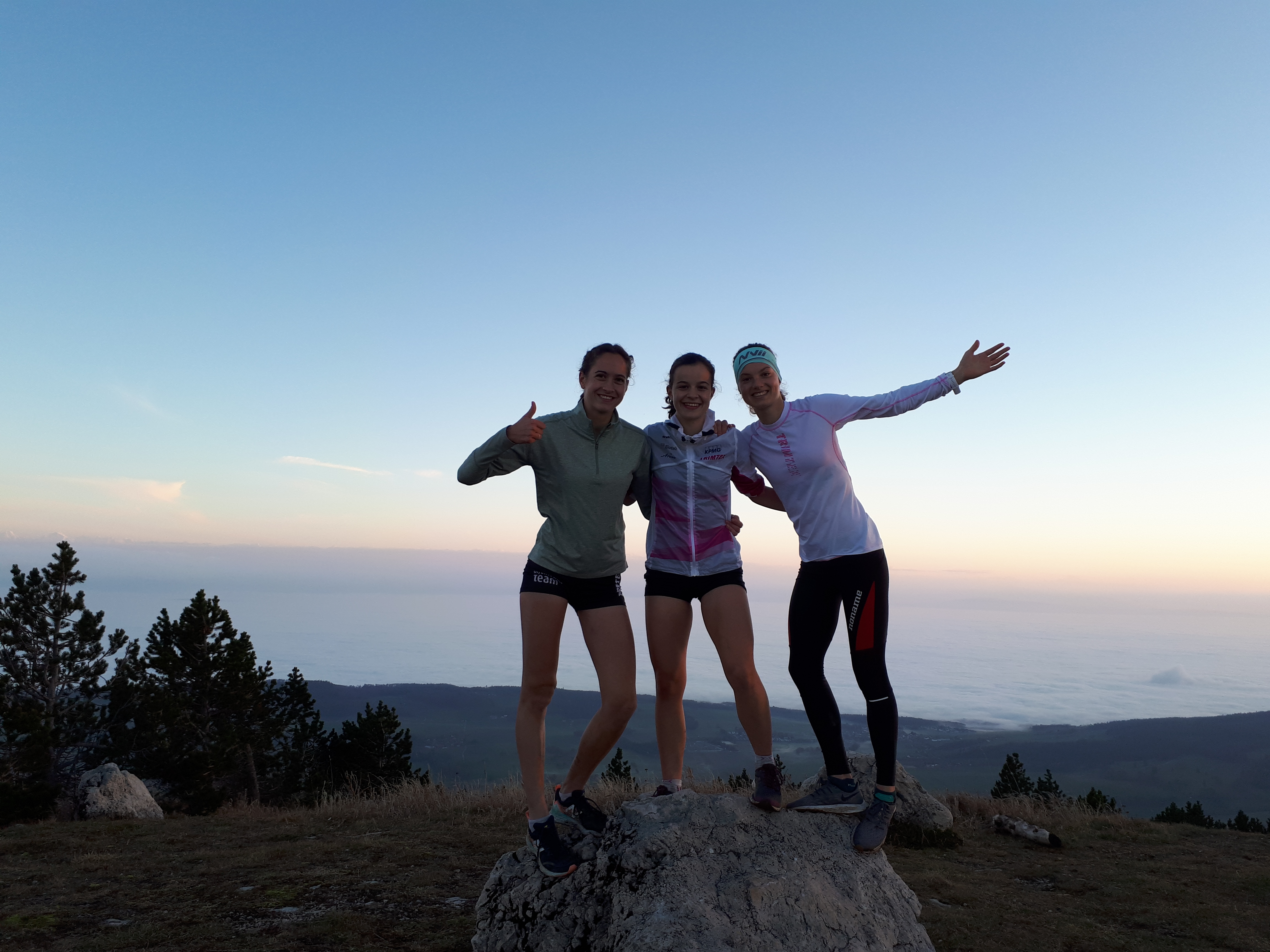 After Euromeeting in Czech Republic was finally cancelled, too, I fully concentrated on Grand Slam Final. It consisted of a Middle Distance (combined with one part on a sprint map) as a qualification in the morning and a final (sprint) on a racecourse (horses) in Aarau. The qualification went really well and I could secure the 5 seconds lead for the sprint race in the afternoon. Only five seconds ahead of Elena Roos on a very physical course isn’t that much and the reason why I felt quite hunted. Luckily my own physical shape was also quite good and with a technically very good race, I managed to win that last race of the strange season 2020.

It was indeed the weirdest season I’ve ever had since I started competing. The first year since a long time, that I was in only 3 countries (Portugal, Sweden and Czech Republic), the first year I only flew twice (which is something that could definitely happen more, in my opinion) and the first year I didn't feel the excitement and horrible nervousness before an important competition. But thanks to Covid19 and the university being closed, I could actually finish the major part of my sports studies (quite thankful that I didn’t have to play ultimate and badminton after all, as I am quite bad at all those games and always really relieved when I pass an exam…). I also tried new training stimuli with more focus on physical training (maybe a bit too much as I got injured afterwards) and a high altitude trainingcamp in St. Moritz. I will definitely go there again as those 4 weeks in the mountains were for sure one of the highlights this year. I also learned to be a bit more flexible, accept the things how they are and make the best out of it. And I learned how to motivate myself also without competitions (which was probably one of the hardest parts). Let’s hope and cross fingers that 2021 will be more normal! Would be looking forward to seeing international friends and competitors again, go abroad for trainingcamps, feel the horrible nervousness before an important race again etc...