The first title in finnish!! (actually Tuomo told me to write the whole text in finnish... But forget that one, it might follow later this year ;) I first have to study some vocabulary ;)) I am learning more and more...

It's been a week now, since I was in Sweden for 25manna. It was a very short trip but totally worth it! Lot's of new experiences, new friends and autumn weather. It was the first time for me to run 25manna, so I first had to get to know the "rules" of that special relay. A bit complicated, I have to say, but you just have to get used to it. In contrary to what I imagined as a 10-year-old, there are not 25 legs, one after the other, but just 25 legs and some of them are at the same time ;)

So our journey to Sweden started at 5pm in Tampere, where we took the "team-bus" to Turku. There we changed to the boat which brought us to Stockholm. After a short night we finally arrived in Sweden and the competition center. As it was pretty cold, we spent the time until the start walking around and jumping. Thanks to that, I met some Swiss-people ;) After some hours, it was also time for me to go to the forest. I felt a bit uncertain from the beginning (maybe because I just came back from Switzerland and Scotland) and didn't really confide in myself. So I first lost time there looking around although I would have directly come to the control. However, I later took the straight route on the long leg (even though I actually decided to take the path) and lost some time there loosing the right direction and confusing the paths. After all I am not very happy with this performance as I know, I would have been able to do better. Maybe I should have done one training in Kauppi before that competition. But anyway it was still enough to come fourth. And later in the evening there was even another highlight of the day, as I became the women's javelin-champion in Pyrintö's traditional javelin-competition ;) (Maybe I just got the best moment to throw the javelin, as I always was the worst in school when we did those exercises). But anyway... after a very nice and well-earned buffet and another short night on the boat back to Finland I was already back in Tampere.

There I met my brother and two friends of him (they surprisingly managed to get to our apartment from Helsinki airport!!). We quickly changed our clothes and went for a sightseeing-longjog through Kauppi and I showed the Särkänniemi-Tower to them. The following days were full of joy, as there was happening a lot. Visiting the trampoline-park, doing some funny orienteering trainings in different parts of Kauppi, visiting Pyynikki and eating doughnuts there, doing some shopping and last but not least cooking several meals for dinner. Summing up, I can look back at a very nice week with good trainings thanks to those three guys: Thank you, you can come back whenever you want to ;) 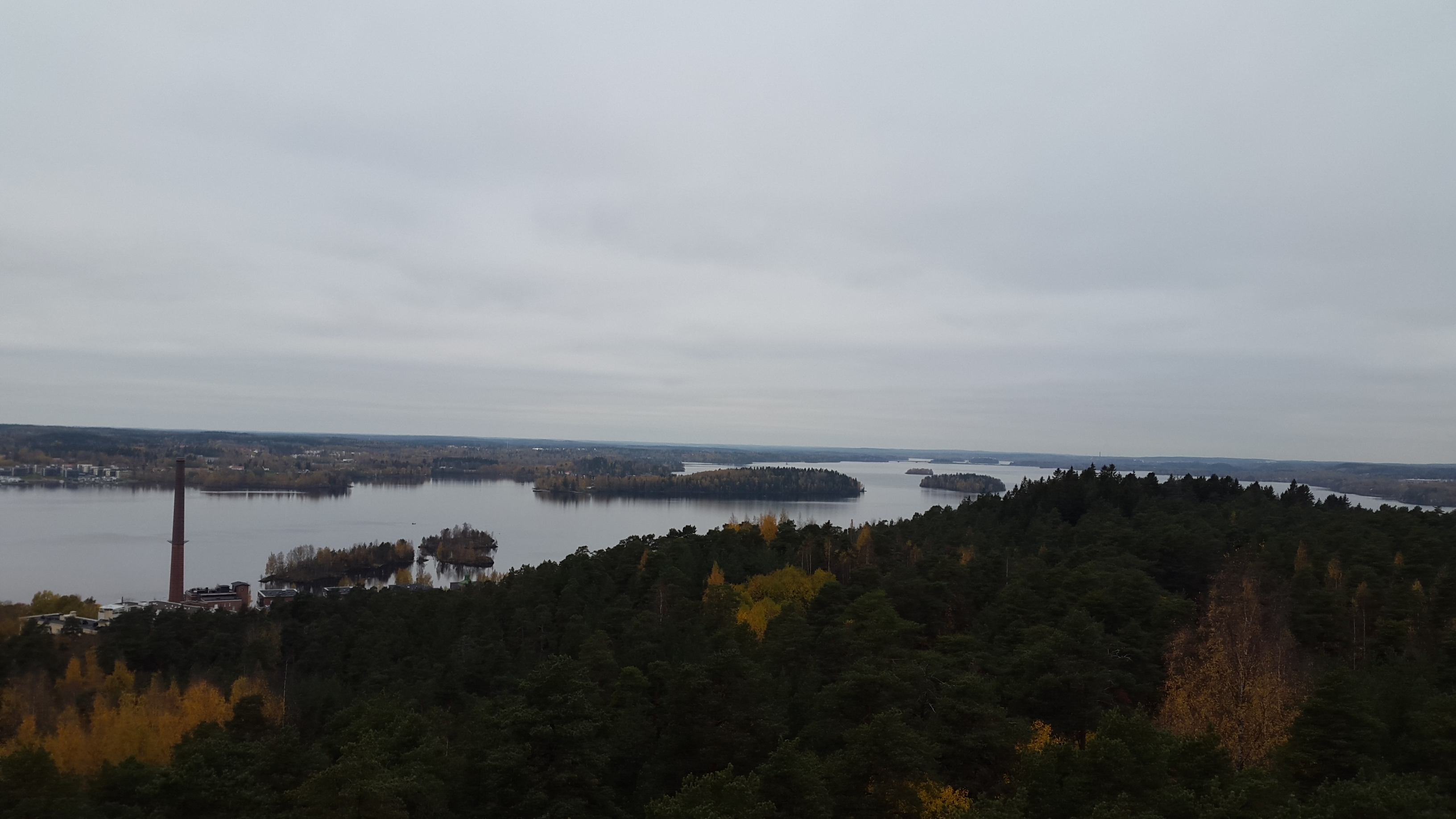 Resulting it was almost a bit too silent after they left. But anyway, I have to survive two more weeks without that noise before I get home to my family ;) I don't think that it will be a problem, as I have a lot to do: the season is ending now, there are just few races left, one of them the swiss championship in team-orienteering. Therefore I can already set up the program of 2017 and draw conclusions of 2016. Also there are still the language courses and slowly I get to understand more of the Finnish language!

The highlight of this weekend is definitely the SM erikois-pitkä (Finnish champs in extra-longdistance). With 11.9km and an estimated winning-time of 1hour 38minutes it was maybe the longest competition I have ever run. I was definitely looking forward to it and couldn't wait to run through the forest for a that long time. Although it was a cold day I enjoyed running in that special terrain. The forest varied from good runability to very stony ground, but the visibility was always good. In addition the first and last part was more hilly and with a lot of depressions/steep slopes, while the middle part was very difficult and confusing. I couldn't really relate the terrain to the map first, after some time I got used to it. After some problems there in that middle part, I managed to speed up again and win my category W18 ahead of Anni Haanpää! What a nice day for Pyrintö ;) And I am very much in favour of establishing an extra-longdistance also in Switzerland! 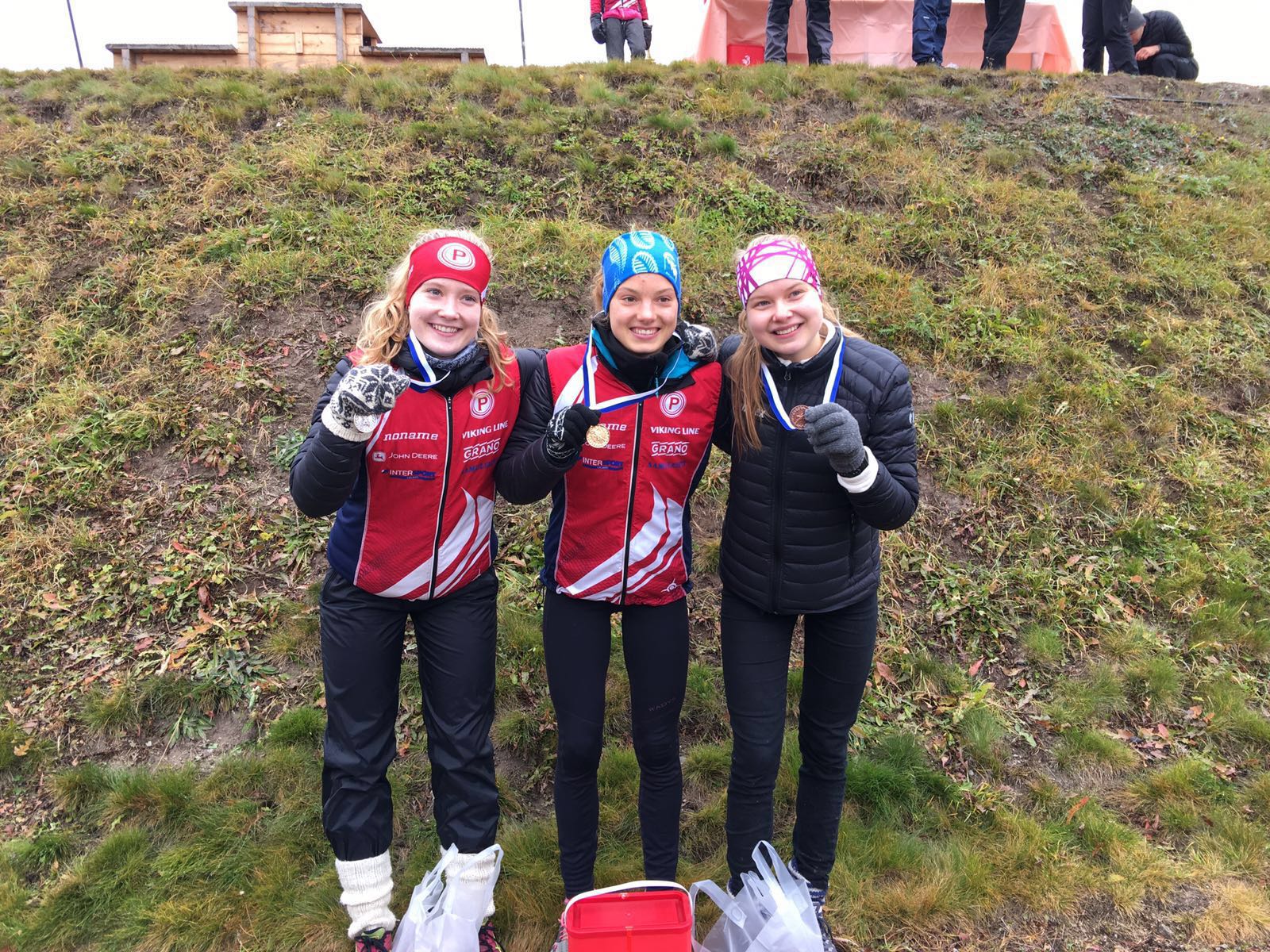