On a beautiful Tuesday morning our journey to Scotland started. I met the whole Swiss JEC 2016 Team at the Airport in Basel, from where we took the plane to Edinburgh. We arrived there some time in the afternoon, so we were at the Youth Hostel in Stirling just on time for the dinner. And what a surprise, we got Fish&Chips ;)

The next two days were meant for some training in a terrain we don't really know. Sometimes it felt like running in a Harry Potter forest. Especially when there are two big dogs following you and barking...

On Friday morning (that means just before the sprint), we visited the Stirling-Castle with the whole team, what was really worth it! I have never been to such a beautiful castle with such a great view to the highlands.

(little comment on the picture: the sun was shining)

After a visit to the local shopping center and a nice italian restaurant, the first competition was waiting for us. The sprint was located at the Stirling University, which meant that the courses contained some forest parts as well as one part in an open park area. Only a very small part was on hard ground. Actually my aim for the forest part was to use the path whenever possible. But already to the second control I took a wrong routechoice through dense forest and lost some seconds (luckily only three, as I first thought it would be more). After that mistake, I could speed up a bit and also decided after a while that I would go right for the long leg from 3 to 4, which was a good decision. With that good performance in the final part of the course I managed to win that race in my category W18. 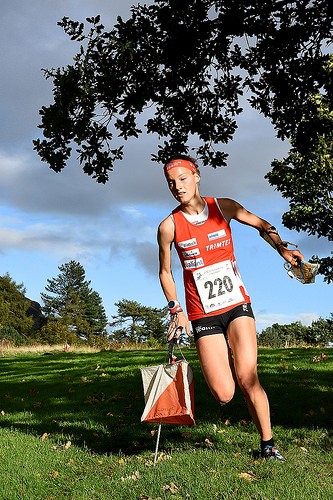 The next day was Relay-day. My team was the following one: Marcia Mürner on the first leg, Hanna Müller on the second and I did the final leg. Our coaches aim was to make three equal teams. After the first leg we were about four minutes behind the leader Norway. Hanna made a good job and managed to catch up again with the first teams. So there were only three minutes left. I was very surprised when I saw Paula (who was in the lead) already on the way to the 4th control (she was on the way to the 5th control). Just before the spectator control I was able to catch up with her and took the lead. In the difficult part of the course (the rest was quite easy because you could always take the path to the controls) I took my time and read the map very carefully in order to avoid mistakes. That was the right technique and so we won the 2016 JEC relay... But that wasn't the only victory at all!!! We took the first and the second place not only in the men's class, but also in the women's! 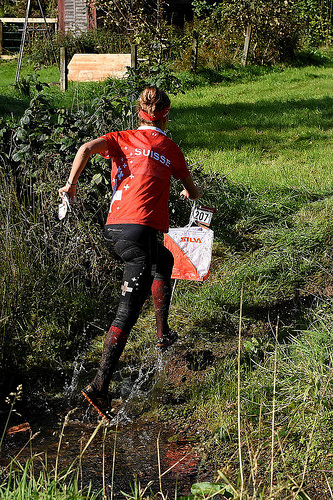 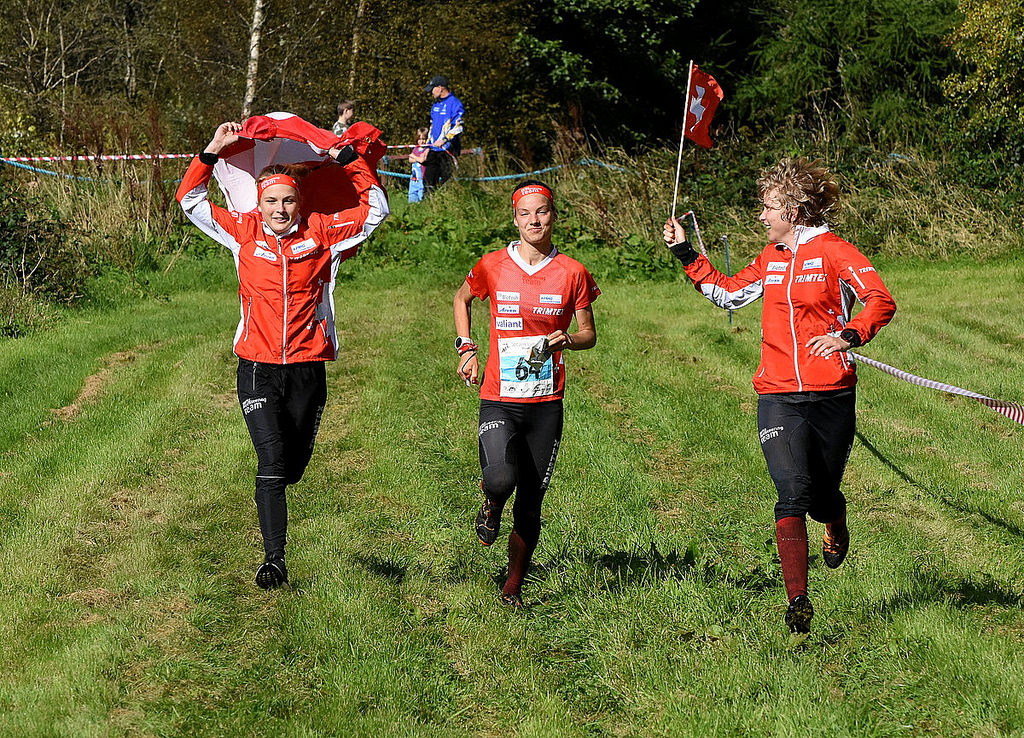 Yes and then everyone was looking forward to a warm shower... But don't halloo till you're out of the wood! As there was a pipe burst somewhere in Aberfoyle, there was no running water in the whole village! The result: some of us were taking a shower, when the water suddenly stopped coming out of the sprinkler, the toilets not usable and the coffee machine was not working. So Paula and I went to the river to wash our hair, that definitely felt like Stone Age ;) But it was fun and so this year's JEC will stay in our mind forever! Also that there was no wireless LAN in this outdoor education center where we lived, was a problem for some of us ;) In my opinion, it was a very nice time without all that disturbing social media ;)

But back to the essential things... The long distance on Sunday was a very nice competition, with a great Phi-Loop in a green and dense part of the forest! I really enjoyed to navigate through those fir trees, as you could't see very far and had to look at the map really carefully to avoid big mistakes! But I slowed down a bit in that difficult part and therefore didn't make any mistakes. After that Phi-Loop I could speed up again because the visibility was very good and you were able to just run to a prominent point in the forest from where you could almost see the control. Nevertheless the only "bigger" mistakes I made were in the easy part where I just confused some hills or the power line with a fence. That performance was good enough to win also the last competition of this years JEC, the first time that I could win every race at an international event! Just amazing... 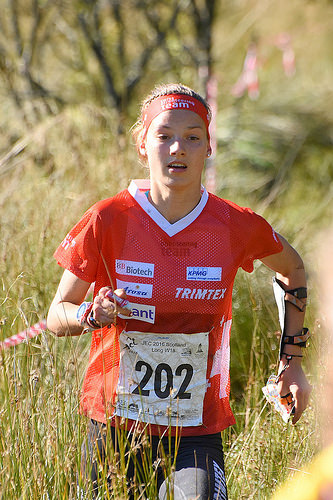 With all those great memories I spent one last day in Switzerland with the whole family, before I travelled to Finland today for three weeks! It is still very good weather here, although it is quite cold and gets dark already at half past seven. But I start feeling home and am looking forward to show my second home to my brother and his friends next week and to accomodate them in our nice apartment!