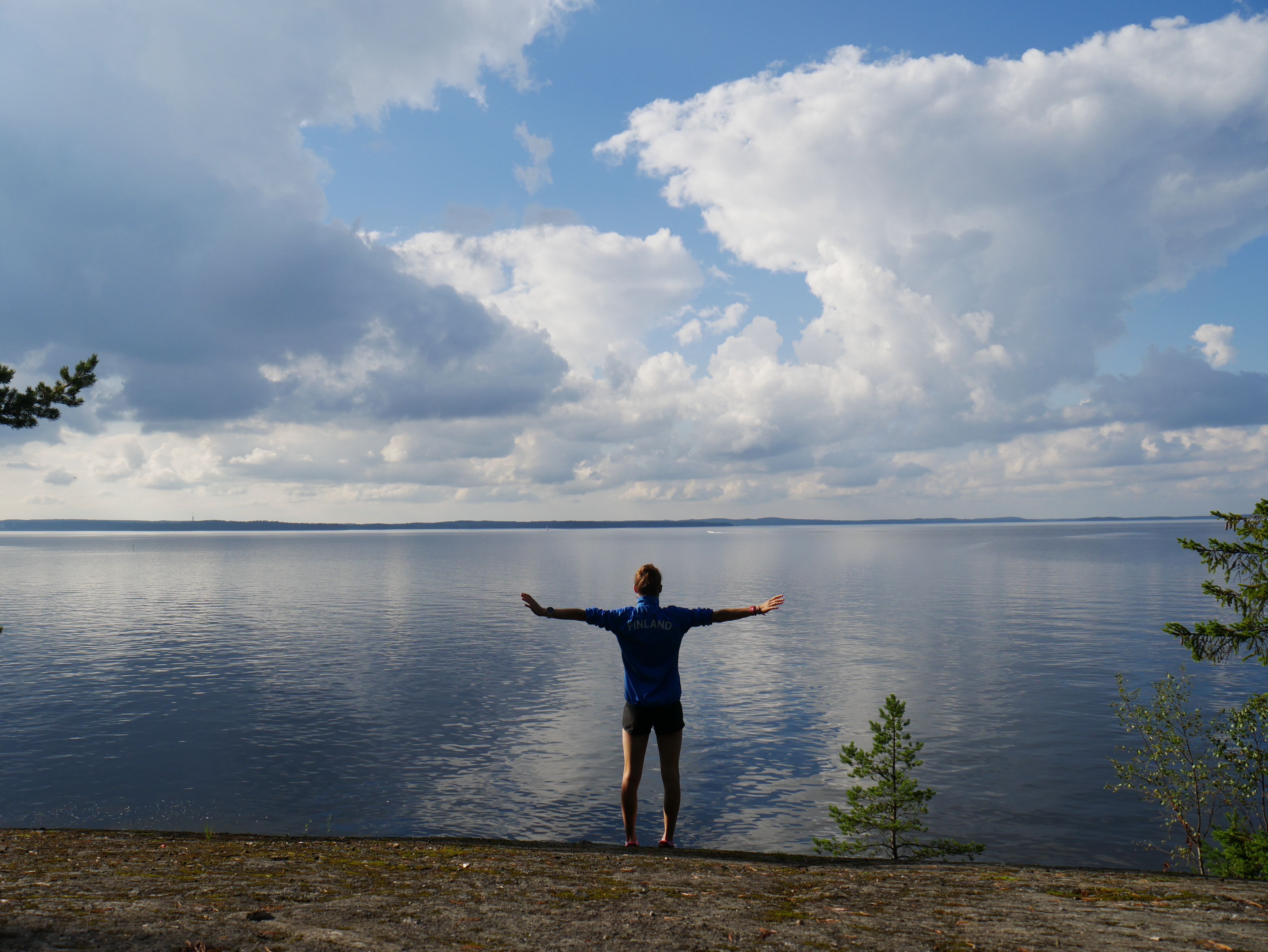 From Nuorten Jukola to Särkänniemi

The last weekend was full of program. On Saturday in the morning we drove to Nuorten Jukola (Youth Jukola). For me it was the last year I was allowed to compete there, so Valerie was already too old. The weather was very good when we arrived, the sun was shining. But as it can change very quickly in Finland, it started raining very soon after the mass start. However, it just began to clear up, when it was my turn to go to the forest. I was really looking forward to running the "steep" slopes, as there are only a few of those in Finland. Also the forest was in my opinion more Switzerland-like than real finnish terrain. There were a lot of green parts, with dense forest. On the other hand, I also had the chance to run in very beautiful open area with rocks. I could leave as the second team behind the other Pyrintö-Team, so the goal was of course to keep up the good work of the others and change over again in second position! And that worked almost perfectly. I had a very good race until the long leg, there I didn't choose the best route and in addition missed the right time to leave the road, where I lost some time too. After that I made also another almost 3-minute-mistake at an easy control. However, I managed to reduce the gap up to the first team and could change over also in second position. The last runner did his job well, too, so we had a double victory for Pyrintö this day! 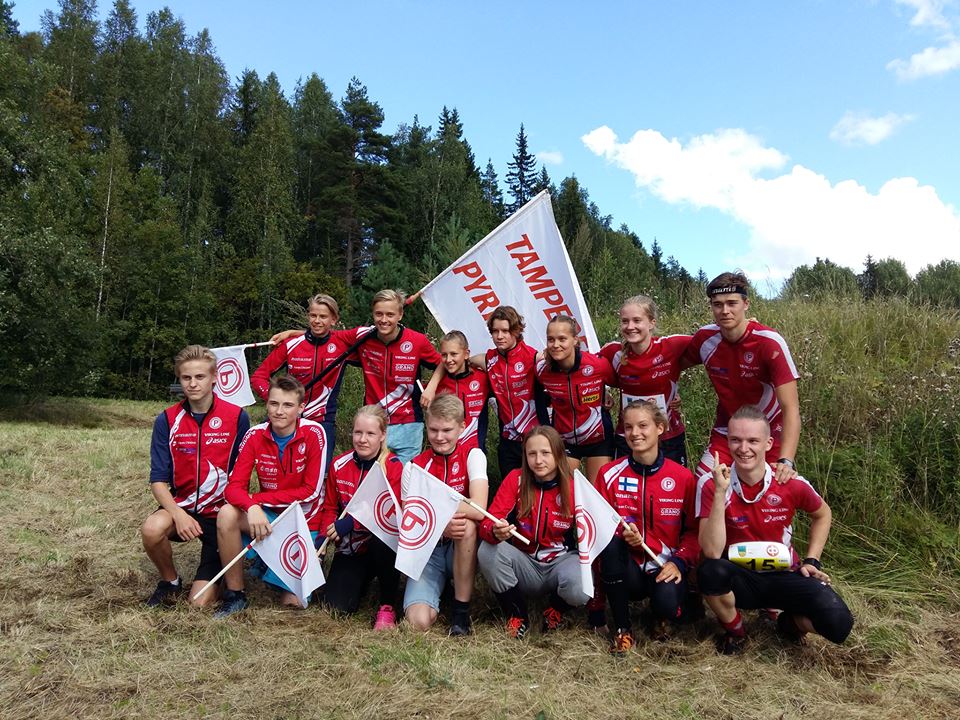 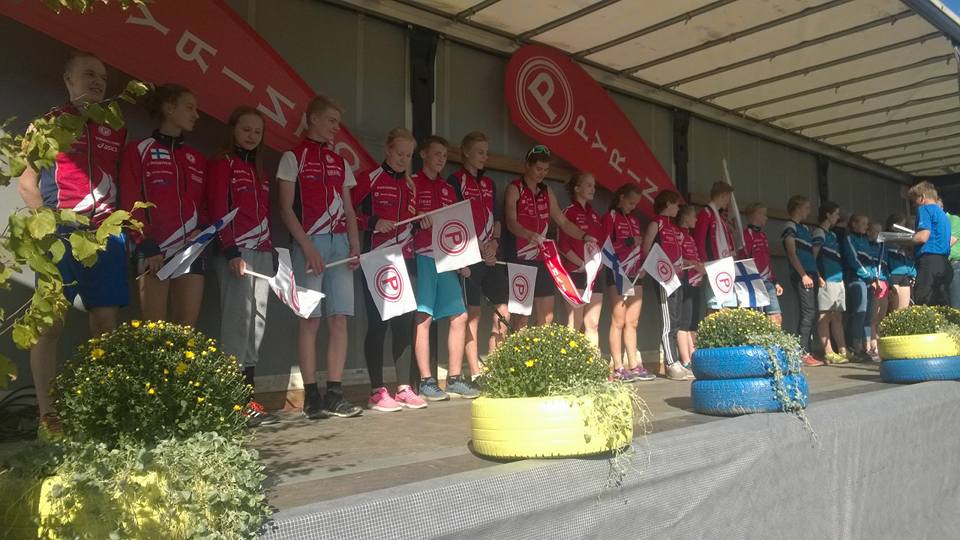 After that first highlight, we drove more to the South to our hotel where we would stay for the rest of the weekend to join the short but very intensive Pyrintö-trainingcamp. The next highlight was already the next training on Saturday, which was just at the coast of Finland. Very good runability, very nice forest and a lot of beautiful marshes.

On Sunday, there were another two trainings planned. Even though it was more bushy and not that good runability as the day before, it was really nice. This day it was more technical and I enjoyed to navigate through those little hills and smaller or bigger marshes.

The last training in the afternoon was located in a national park (or something like this ;)). That was a really nice last training as there were a lot of open areas and also open marshes. A pity that I didn't really manage to estimate the distance (the map-scale was 1:15'000) and begun to look for the control too early. On the way back to Tampere, we had the chance to watch the WOC Sprint-relay on the mobile phone, so there were several reasons to be happy.

The next week started a bit rainy, but then begun to clear up and we had finally one of the first sunny days in Tampere. So Wednesday was the perfect day to visit the amusement park Särkänniemi! With Anni and Venla we had a lot of fun, even though first Valerie felt a bit sick and then also Anni and I... Maybe we are just too old for such kind of rides ;)

And now I'm desperately waiting for the WOC-Longdistance to start!!!!